A community from Nature Microbiology
Behind the paper

carbapenemase producing Colistin resistant Acinetobacter baumannii created huge problem in treatment of patient in intensive care units around the world. In this research we tried to evaluate the reason behind the colistin resistance in A. baumannii

Colistin is drug of choice for treatment of carbapenem-resistant Acinetobacter baumannii infections. Unfortunately, global increase in clinical outbreaks of colistin and carbapenem resistant A. baumannii infections is on the rise and cause public health concern. In the present study, a total of 187 A. baumannii recovered from specimens of 240 patients admitted to intensive care units (ICUs) of two hospitals in Kerman, Iran during 2017–2018.
Among the isolates, we found four extensive drug-resistant (XDR) with Minimum Inhibitory Concentration (MIC) ≥4 μg/mL against colistin. The colistin-resistant (Col-R) isolates harbored blaOXA–51 and blaOXA-23 carbapenemase genes, exhibited resistance to all antibiotic classes except tigecycline and ampicillin-sulbactam. They
belonged to clonal complex 2, a new MLST type 1752 and displayed identical RAPD-PCR fingerprints. Phylogenetic tree analysis suggested that, the Col-R A. baumannii emerged by endogenous mutations rather than acquisition of preexisting clones. Expressions of pmrCAB by quantitative real-time PCR (qRT-PCR) revealed 8 and
7 folds increased in the transcription levels of pmrB/C genes in strain 1 grown in presence of 16 μg/mL colistin (p ≤ 0.01). However, no change in the expression of the pmrA was observed. Furthermore, DNA sequencing of Col-R genes illustrated three nonsynonymous substitutions in the LpxA (N136 → K), LpxC (P293 → Q), and PmrB (V21 → F, S28 → R, I149 → F) in the strains 1 and 3, respectively showing MIC 32 μg/mL against colistin. Multiple amino acids alignments demonstrated several substitutions in N-terminal region of PmrB. In conclusion, the above results provide valuable insights into the mechanism of Col-R in A. baumannii and the expressions of
relative genes. 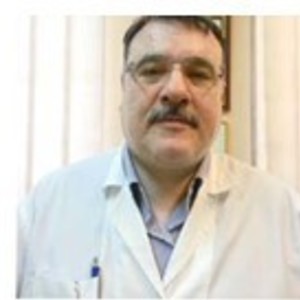 I earned my Ph.D. from the University of Pune India from 1992 to 1997. His thesis was "Molecular genetics of plasmid-mediated silver and antibiotic resistances in Acinetobacter baumannii”. I completed one year of postdoctoral research training at Aquatic Microbial Lab in Mysore, India in 2006. The title of my Postdoc research was "Horizontal Gene Transfer in Gram-Negative Bacteria". I joined the Department of Microbiology, Kerman University of Medical Sciences in 1998. I published more than 45 original research papers in different International peer-reviewed journals with high impact factors in microbiology and biotechnology. The total impact factor of his research is more than 86, with h-index 13 and i10-index 27. The research gate score index is 27.85. My works also have been cited in 3 textbooks of microbiology published from the USA and Europe. I presented more than 42 papers at International and National Conferences. He has made fundamental contributions in the area of gene transfer, plasmid biology, molecular microbiology, nanotechnology.  I successfully supervised 4 Ph.D. and 1 Post-Doctoral scholar for their research. Currently, 2 Ph.D. students are working with me. Recently, we published a paper in Iran Biomed J . 2021 May 1;25(3):193-201. DOI: 10.29252/ibj.25.3.157 entitled Seterochemical Trajectories of PmrA/B Two-component regulatory system in Colistin Resistant Clinical isolates of Acinetobacter baumannii