Our 1-minute video about a mass-murderer’s energy needs won the public vote of the Science in Shorts Awards 2022. This is the story about many hours condensed into a single minute of science communication featuring "Mighty Chondrion" and the iconic and now demolished Nijmegen power plant.
Taco Kooij
Assistant professor, Radboudumc
Follow
Like Liked by Amy Mundye
0

Autumn 2021, the air is fresh and the sun does a last attempt to share some of its warmth before winter is coming. On this beautiful morning, we are walking in the botanical garden discussing the past and coming year, it is annual appraisal time. We, that is Cas Boshoven, PhD candidate working on malaria parasite mitochondrial carrier proteins, and me, Taco Kooij, “young” principle investigator leading the molecular parasitology team of the Radboud University Medical Centre in Nijmegen, the Netherlands. Cas expresses his worries that his project is not progressing as smooth as he would hope and I attempt to ease his mind. Turning our gaze towards the distant future past PhD thesis and defence, we explore Cas’ passions: coffee, bikes, communication, and science… Any science… About malaria, about mitochondria, about coffee, bikes, you name it, as long as there are (preferably unique) molecular mechanisms to discover.

A couple of weeks later, I received an invitation from Nature Awards to contribute a 1-min video for the Science in Shorts competition. The video should explain our work in an accessible, entertaining yet scientifically correct manner, so I immediately asked Cas. He agreed, and together with the entire team, we quickly decided that the main message should centre around the main conclusions of our recent paper with Felix Evers in the lead that had led to the invitation. Our video should tell the story about malaria parasites that like our own cells have mitochondria, the cellular power plants, but that these change dramatically both in appearance and function between the pathogenic (fast replicating) asexual blood stages and the sexual blood stages that are required for transmission via the malaria mosquito. But how to visualize it in an appealing way?

Now by happy coincidence, one of the landmarks of the city of Nijmegen is, or better said was, an old coal-fuelled power plant besides the river Waal. We decided that the opening scene would have to be recorded with this abandoned industrial complex, the river and two newly built windmills in the background. Jokingly someone suggested that I should be doing push-up demonstrating the “power” of the mitochondria at which point I remembered the t-shirt that former PhD candidate Laura de Vries gave me after her graduation as a thank you for her time in the team. With “Mighty Chondrion” prominently featuring, I let all my reservations to show-case my physique go. From here on, Cas started drafting one script after the other, tossing them in the bin as fast as he could write them, when at round 5 or 6 he finally was happy enough to share the result. After a few more iterations where we continued to make the text as informative and easy-to-understand as possible without jeopardising the scientific accuracy and without sacrificing too much of the exciting detail, we were happy with the result which timed in exactly one minute. In addition to me telling part of the story in front of the camera, we decided that Cas himself would do the voice-over while showing some classical images of a malaria research lab: blood smears, zooming in the microscope to find the pink and purple stained blood-stage parasites, and of course the infamous malaria mosquitoes. However, we still didn’t have a clue on how to effectively illustrate our main message: the astounding differences in mitochondrial appearance and composition between the pathogenic and transmittable stages.

We experimented with active and inactive factories, long and small assembly lines that would represent the change in the mitochondrion's cristae. At some point we thought to make an animation showing a handful of workers in the sun eating sweets and spilling milk as a reference to the consumption of sugars and the production of lactate in the asexual blood-stage parasites that largely rely on glycolysis for their energy production. Although it is a creative scientific metaphor, the message got too complex and the animation fairly difficult to create. Then Cas suggested to use simplified pictures of the different shapes the mitochondria adopt during the different stages and represent the protein complexes involved in classical mitochondrial energy production by beads on a string. So I kindly asked my daughter if we could borrow her large wooden beads for the occasion. While the symbolism was much simpler and conveyed the message well, Cas struggled to record the beads on a string in an appealing manner. And then it suddenly struck me that we should not represent the energy producing machinery by industrial complexes, but by windmills, drawn on the simplified mitochondria, one with a few and the other loaded with mills. Would there be a better way to represent Dutch malaria research? I proposed the idea to Cas who not only loved the idea, but came with the final touch of using crafted paper windmills. Once this idea was in place, it took relatively little time to make the recordings.

On a freezing cold yet sunny February morning, we met at sunrise to catch the most beautiful light. We descended from the bridge to the water edge, searched the perfect spot with the landmark energy factory in the background and started rolling. Little did we know that a week after we filmed our intro scene, the factory’s exhaust pipe was taken down. Around that time, Cas had compiled all fragments, added the voice-over as well as the sound and visual effects to form our 1-minute summary of many years of research. When he showed the final result to me, I was mightily impressed by the powerful message. The video was densely packed with information without ever feeling hurried or overly complicated. When I saw the windmills arrive with that swooping sound and subsequently joyfully dancing in the wind, I was blown away. I loved the video and told Cas that no matter what would happen in the competition he should be mightily proud of himself and we were going to use this video to promote our work to the rest of the world.

It turned out many of you shared this view, because we won the public vote! The main building of our landmark energy factory was blown up in the week that I wrote this blog. To be replaced by more sustainable solar fields and… windmills.

Taco Kooij
Assistant professor, Radboudumc
Follow
Taco Kooij is a “young” molecular/cellular parasitologist with a broad interest in the biology and evolution of apicomplexan parasites and their intimate relationships with their hosts. He is particularly interested in how malaria parasite (Plasmodium) biology has adapted to facilitate the switching between vertebrate and mosquito hosts. He leads the molecular parasitology team of the Nijmegen malaria research group. In addition to hosting interns in the lab and contributing to several courses, he co-ordinates and teaches the master specialisation course “Molecular Parasitology”. On Tuesdays, he is active as an elected member of the works council representing the employees with a focus on research and education. His biggest passion is working with truly young talent guiding them during their professional development together exploring the peculiar biology of the malaria parasite. 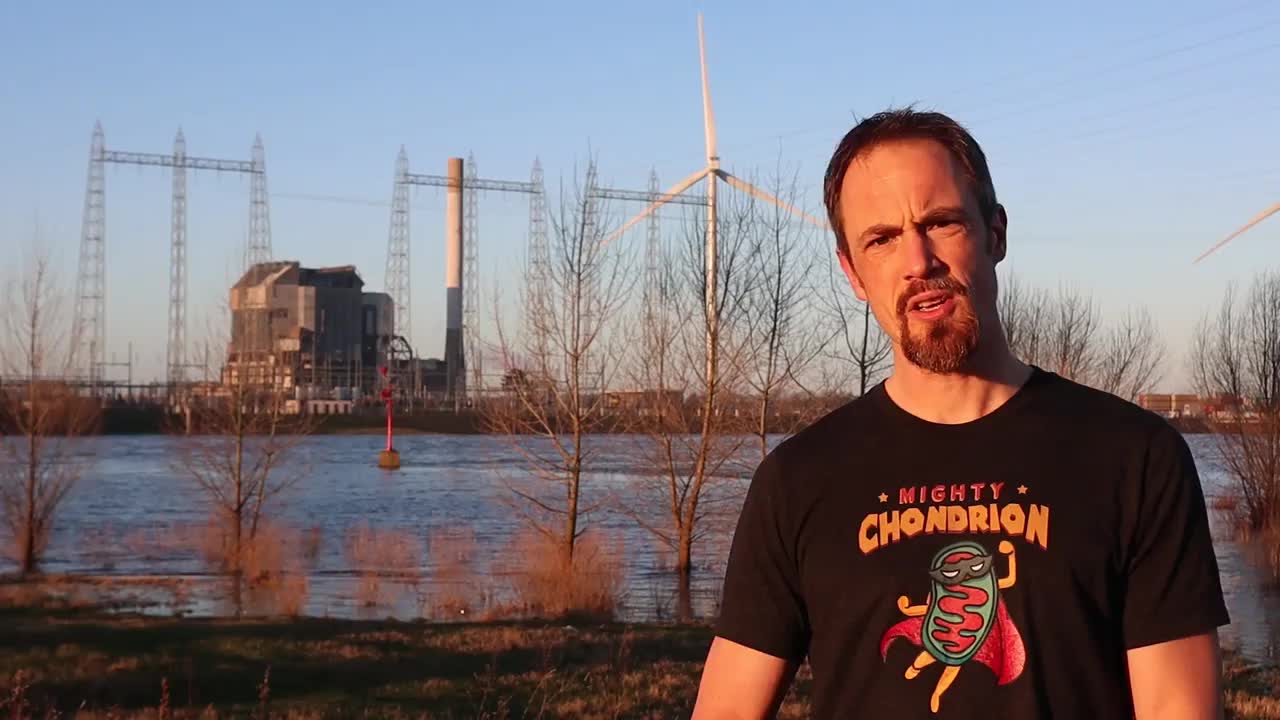 Our 1-minute video about a mass-murderer’s energy needs won the public vote of the Science in Shorts Awards 2022. This is the story about many hours condensed into a single minute of science communication featuring "Mighty Chondrion" and the iconic and now demolished Nijmegen power plant.