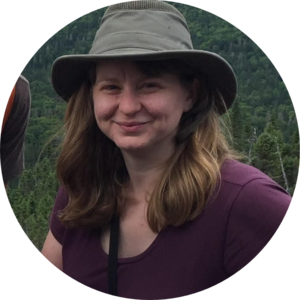 North American bats face multiple threats from habitat loss and disease and several species are currently listed as threatened or endangered by the IUCN. Bats help with biological control of numerous insect species, many of which act as agricultural pests. In fact, such ecosystem services are values at hundreds of millions of dollars annually in the USA alone. The ecological and economic implications of declining bat biodiversity on the continent are therefore likely to be profound.

White-nose syndrome (WNS) is a fungal skin disease which has caused catastrophic declines in several North American bat species. The fungal pathogen, Pseudogymnoascus destructans (Pd), causes damage to the wing membranes of hibernating bats, resulting in physiological disruptions that can ultimately lead to death. Although Pd can infect most hibernating bat species, the apparent impact varies among populations and species. Understanding why this variation exists is a critical goal of the white-nose syndrome research community and has the potential to inform conservation and management strategies against this deadly disease.

Bat wings are known to harbor complex assemblages of microbial species. As with all ecosystems, a potential microbial invader must overcome barriers to invasion including abiotic factors, such as pH, temperature, and salinity, and biotic factors, such as inter-species competition and direct predation. Microbes present on the wing skin surface may therefore impact the establishment of Pd infection and disease progression.

We compared characteristics of the fungal skin assemblages on the wings of ten bat species that are known to differ in susceptibility to WNS. Hibernating bats were sampled across ten eastern U.S. states and we used a culture-based approach to determine the identity and abundance of fungi. Results from the hundreds of petri dishes indicated that fungal assemblages on WNS-susceptible bat species had significantly lower species diversity and abundance compared to WNS-resistant species. We identified several species of yeast that were more abundant on WNS-resistant bat species compared to WNS-susceptible species.

To determine if fungi were growing on bat wings, we visualized pieces of wing using scanning electron microscopy. We saw budding yeasts on a WNS-resistant bat species (Eptesicus fuscus), but not on WNS-susceptible species (Myotis lucifugus and Perimyotis subflavus). Yeasts are important components of the fungal skin assemblages of mammals and, as our results show, likely for bats as well.

Finally, we examined potential interactions between yeasts and Pd. We screened five yeast taxa that were differentially enriched on WNS-resistant bats for Pd-antagonism using laboratory-based spore-germination and growth-inhibition assays. As little is known about the chemical conditions on bat wing skin, and the production of toxins and enzymes by fungi changes with environmental conditions, we used multiple agar substrates that varied in nutrient composition, pH, and salt content.

Our results for each yeast tested varied depending on the agar type used, but since we are uncertain which environmental conditions are most representative of bat skin it is unknown which results mirror in vivo interactions. Nevertheless, inhibitory interactions were detected between the species Cutaneotrichosporon moniliiforme and Pd in vitro. Interestingly, the addition of salt to agar increased the effectiveness of voriconazole, an antifungal drug, in preventing Pd growth. Further exploration of interactions between Pd and constituents of skin fungal assemblages will likely prove useful for predicting susceptibility of bat populations to WNS and for developing effective mitigation strategies.