Winning the game: a fight for survival in sands

When you think of a sunny Australian beach, such as one in the Port Phillip Bay, you might imagine a calm scene of pleasant breeze and warm waters lapping at your feet.  However, to the bacteria living in the beach sediments, it is an entirely different story. Life is a real challenge as they continuously face an ultimate battle for survival.

Coastal areas are some of the most dynamic environments on earth. Tides, currents and other hydrodynamic forces continuously disturb the sediments. In these high energy environments, finer grain sediments are washed away leaving coarser sands and gravels. Grain size is therefore highly relevant to hydrodynamic disturbance: the bigger the grain size, the deeper the mixing zone. The upper layers of sands are continuously mixed between oxic and anoxic conditions. As a result, sand microbes need to develop special strategies to survive such a frequently changing environment. If you were a bacterium, what kind of superpowers could help you win against competitors for survival in these conditions?

Superpower #1. The ability to switch between oxic and anoxic metabolism. Bacteria that can shift their metabolic pathways according to oxygen availability have better chances of thriving through frequent oxic-anoxic transitions. Our champions in highly disturbed beach sediments are Flavobacteriaceae, Woeseaiceae, and Rhodobacteraceae. These metabolically flexible habitat generalists can outcompete sulfate reducers or other obligate anaerobes in sand. They can use fermentation to produce hydrogen when oxygen is depleted and switch to aerobic or anaerobic respiration when other electron accepters are available.

Superpower #2. The ability to use all kinds of energy sources (e.g., organic carbon, sulfide, hydrogen, sunlight) and carbon sources (organic carbon, carbon dioxide). For example, one of our sandy superstars, Woeseiaceae, can oxidise sulfide and hydrogen to obtain energy. Coastal sediments are oligotrophic environments, and limited carbon and nutrient resources poses a great challenge for bacteria. The ability to utilise a wide range of resources provides a keen advantage over other competitors.

We have solved only a part of the puzzle of how microorganisms fight for survival in the sands. The combination of culture-dependent and culture-independent approaches is necessary to better validate metabolic predictions. It is crucial to know whether the genes we observed in metagenomic data can actually be detected at the expression level. A lot of work still needs to be done before we can say whether the phenomenon we observed in Port Phillip Bay is a common mechanism for survival in highly disturbed sandy sediments. Are there other environmental factors that also shape microbial community? And how does the composition and function of sand microbial communities change in response to anthropogenic pressures such as eutrophication and global warming? More comprehensive temporal and spatial sampling is necessary to address these questions.

Finally, a big applause to all the co-authors of this study! It has been a very tough year for everyone around the world. I really appreciate everyone’s hard work, especially during this stressful and challenging time. Thank you! 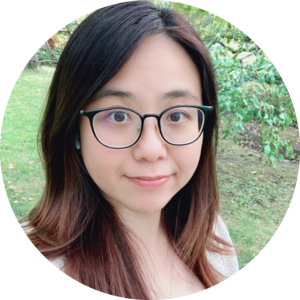