Outside of the preventative measure of vaccination, there are only limited methods or therapeutics for treating viral infections. Indeed, for viruses that infect the central nervous system (CNS) and cause encephalitis, the main treatment is palliative care; providing comfort, hydration and pain relief. Thus, there is an urgent need to identify and validate drugs that can inhibit virus infection or replication.

One key source for identifying new antivirals is screening existing drugs for their ability to block the virus of interest.  For our study, we submitted a proposal to the Therapeutic Development Branch (TDB) at the National Center for Advancing Translational Sciences (NCATS) for a drug repurposing screen to search for drugs that would inhibit La Crosse virus (LACV), a virus transmitted by mosquitos that is the primary cause of arboviral pediatric encephalitis in the USA. LACV was first isolated in the early 1960s, from a summer “rural encephalitis” case in La Crosse, Wisconsin, USA. Since then, LACV encephalitis cases have been found in more than twenty states, with most cases in the Mississippi and Ohio River basins.

Through the NCATS program, we were able to complete a large scale screening of 3833 FDA approved drugs and bioactive classical compounds from the NCATS Pharmaceutical Collection (NPC) approved drugs library and the library of pharmacologically active compounds (LOPAC1280) library. A key factor for being able to do this screen was having an easy to read colorimetric, fluorescent or luciferase readout and a cell line that worked well in microtiter plates that was relevant for the virus being infected. For our studies we used the SH-5YSY human neuroblastoma cell line, as our virus of interest infects neurons in vivo.  From this initial screen, 38 compounds showed some level of inhibition and were picked for the secondary screen. Ten compounds were positive in the confirmation run and the top three hits (NBI 27914, Rottlerin, and Tyrphostin AG 879) were selected for further validation in in vitro cell culture model.

Another important aspect of drug screening/validation is selecting cells or cell lines to validate these top hits in vitro. The organ or tissue specificity of the virus is a critical issue when validating therapeutics. The selected cell types should be relevant with what is known  of virus infection and what the outcome is of infected cells.  For our studies, we utilized multiple neuronal cell lines including the original SH-SY5Y human neuroblastoma,  H9 human embryonic stem cell–derived neuronal cells,  two murine neuroblastomas (Neuro-2a, C17.2), and mouse primary cortical neurons.  We also used the common Vero kidney epithelial cell line.  Although Vero cells are easy to use and viruses like LACV replicate well in these cells, they provided different results from the neuronal cell lines.  Indeed, the strongest inhibitor of LACV in Vero cells was T705 (Favipiravir), which had only minimal anti-viral activity in neuronal cells or in the mouse model of LACV-induced neurological disease.

The type of cell being studied should also be considered based on the intended phase of infection that the drug will be administered. For example, with LACV infection, a drug that has a strong effect in dendritic or skin cells, but not neurons, may be useful for treatment at the early stages of the disease after the bite of the mosquito and prior to the virus entering the CNS. However, these drugs may not work as well at later stages of disease when the infection is primarily found in neurons.  For this study, we focused on neurons, as children with LACV-encephalitis are generally only diagnosed when they show neurological symptoms. At this point, LACV  is already within the CNS, where the primary cells that are infected are neurons. Thus, an effective drug against LACV should be able to limit virus replication or virus-induced death in neurons.

Out of the previously selected three drugs, only one compound, Rottlerin consistently inhibited LACV-induced cell death and virus replication in human and murine neuronal cell lines. To determine if Rottlerin was effective in a more complex in vitro model, we utilized human cerebral organoids, which contain neurons in different stages of development in a complex interconnected structure similar to a developing brain. This allowed us to test whether the ability of Rottlerin to inhibit LACV infection and death of neurons worked in an environment where there was cell-to-cell contact between neurons. Rottlerin was highly effective at reducing virus levels and preventing the death of neurons in cerebral organoids.

The most important aspect of any useful antiviral therapeutic drug would be its ability to inhibit the virus when it is already present and causing damage to the specific organ or tissue. For Orthobunyavirus-induced encephalitis, the disease is not detected or diagnosed until after the virus has already entered the brain and caused inflammation.  We tested Rottlerin in a mouse model of LACV-induced neurological disease that mimics the key aspects of LACV-encephalitis in humans; including the death of neurons and a clinical readout.  We started treatment of mice at 3 days post infection, a time point at where the viruses have been consistently found in infected neurons of the brain. The late start of the treatment was done to ensure that any inhibition of disease would be due to the treatment of an ongoing infection in the brain , rather than preventing LACV from reaching the CNS. We found that Rottlerin significantly inhibited LACV-induced neuronal disease in this mouse model, indicating that Rottlerin was effective at suppressing viral infection in the brains of infected mice.

The results from our study show that Rottlerin can inhibit LACV replication in cultured neurons, cerebral organoids and in mice.  To determine whether Rottlerin would have efficacy for treating LACV-encephalitis in patients would require a placebo-controlled clinical trial.  One of the problems for testing therapeutics for diseases such as LACV encephalitis is that these diseases are difficult to diagnose, with the standard diagnosis being a plaque reduction neutralization test (PRNT) that measures increased neutralizing antibody to LACV over time.  As such, definitive diagnosis of a case may not occur until the later stages of disease or after the disease has resolved. Another factor is that patient cases are often widely dispersed, with a group of cases in one state one year and another state the next. These provide difficult challenges in the actual study of human cases of viral encephalitis.  Because of these challenges, it is important that identification of potential drugs to test in humans should be rigorous and be particularly focused on cell lines and systems that may provide the greatest potential to prevent disease post-infection of the CNS. 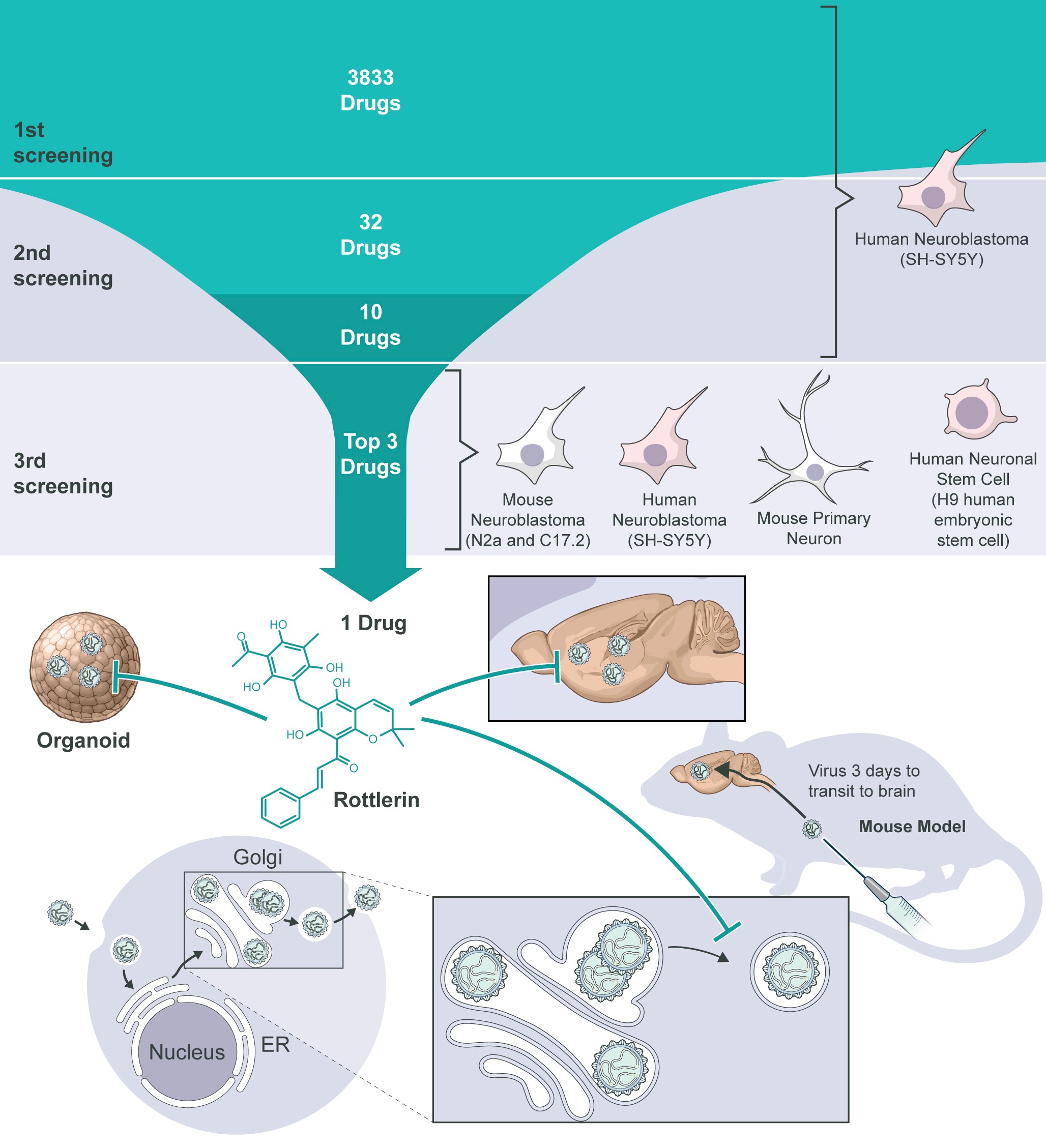 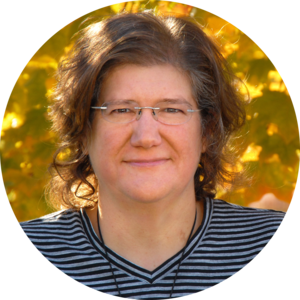