We were missing a key piece all along: comammox Nitrospira dominate a wastewater community

In the rotating biological contactors of a wastewater treatment plant in Guelph, Ontario (Canada), comammox bacteria outnumber all other nitrifiers and show extensive functional diversity.

We rely on microorganisms to remove ammonia from our wastewater, which prevents eutrophication and toxicity to aquatic animals. Nitrification is the oxidation of ammonia to nitrate, via nitrite, and historically these two processes were thought to be carried out separately by distinct microorganisms: ammonia oxidation by ammonia-oxidizing bacteria (AOB) or ammonia-oxidizing archaea (AOA), and nitrite oxidation by nitrite-oxidizing bacteria (NOB). But it turns out that a piece of this nitrification puzzle was missing. The discovery in 2015 that certain Nitrospira, originally thought to only be NOB, could carry out both steps of nitrification revealed that complete ammonia oxidation existed! Five years later, relatively little is known about comammox Nitrospira in wastewater environments, compared to the other nitrifiers.

The Neufeld lab has previously characterized the abundances of AOA and AOB in the rotating biological contactors (RBCs) of a wastewater treatment plant (WWTP) in Guelph, Ontario (Canada). These RBCs form the tertiary treatment system (i.e., the “polishing” treatment stage for water exiting the secondary aeration basins and clarifiers) of the WWTP, helping to provide high quality effluent that is low in ammonia. These RBCs are ideal because of the inbuilt environmental gradients across multiple RBCs arranged in series – it also helps that they offer access doors for convenient biofilm sampling! There are four “trains” of these RBCs and each train has eight “stages”. Inside each RBC there is a central shaft with plates attached, which is where the biofilm grows. As the shaft rotates, water is scooped up and exposed to the biofilm, which results in alternating exposure of the biofilm to water and air. As water flows from RBC 1 to RBC 8, nitrification results in decreasing ammonia concentrations along the flowpaths. Because of their relatively recent discovery, we didn’t know anything about the distributions of comammox Nitrospira in the RBCs, but some of our previous data suggested that they might be present.

Inside the rotating biological contactor (RBC), where we sampled the biofilm.

Our goal in this study was to explore the abundance, diversity, and temporal stability of comammox Nitrospira, AOA, AOB, and NOB. We used a variety of approaches to look at nitrifier abundances. Using qPCR, we saw that comammox Nitrospira amoA genes (the gene that encodes for an ammonia monooxygenase subunit, which is required for ammonia oxidation) outnumbered those of the other ammonia oxidizers in most samples. There was also a consistent pattern within each RBC train. Comammox Nitrospira amoA genes were higher in RBC 1 (highest ammonia concentration) than in RBC 8 (lowest ammonia concentration). Although qPCR let us target ammonia oxidizer abundances, we also wanted to take a look at the broader community. One method was to use 16S rRNA gene amplicon sequencing. Although the 16S rRNA gene cannot discriminate between comammox and strictly nitrite-oxidizing Nitrospira, these data showed that the diversity of Nitrospira species in the RBCs was high, and that the Nitrospira were dominant members of the overall microbial community. We also wanted to look beyond just which bacteria were in the RBC biofilm; we wanted to know what these microbes were capable of doing functionally. Even before microbiologists knew about comammox Nitrospira, they knew that certain Nitrospira species were capable of carrying out more than just nitrite oxidation. So to look at the functional diversity of Nitrospira, we used metagenomics.

For me, when I started out in my master’s degree, metagenomics and bioinformatics were unfamiliar topics, but ones that I was eager to learn about. I’ll put a pause on describing our findings here, because I want to talk about what you don’t see in papers: the experience of actually analyzing and presenting metagenomic data. I knew that working with metagenomic sequencing data would mean learning a suite of new tools, but I didn’t realize just how much data there would actually be, and how time consuming it would be to analyze (and here I mean both how long it would take me to do things and how much computational time assembly and binning would take!). First I had to wrap my head around what the metagenomic pipeline that we used (ATLAS) was doing. Early on I considered an analogy for the process, which others may also find useful. I pictured a library full of books, where the books represent microorganisms and the pages represent their (DNA) genomes. Now take all of the books and break them apart, mixing up and shredding the pages (DNA extraction, shearing of DNA). When we sequence DNA using current technology (high-throughput short-read DNA sequencing via the Illumina HiSeq, in our case), we read each of these bits of shredded pages one-by-one as individual sequences. Then, we have to decipher which shredded pages (i.e., individual sequences) came from which book (i.e., which microorganism), and in what order (i.e. using metagenomic assembly and genome binning). Once I understood the overall process, it was time to start using the tools. This is where having a supportive lab comes in. I had a lot of help from others in my lab who had more experience writing code in Bash and R. This project formed much of my master’s thesis, but to get to the story that we present in the paper, there was more work to do. My fellow first author, Jackson Tsuji, is much more experienced with analyzing metagenomic sequencing data than I am and was instrumental in delving deeper into the functional and taxonomic analyses that we present in the paper. So now back to the research...

Like the amplicon sequence data, the metagenomes showed us that there was a high diversity of Nitrospira, with eight of the twelve Nitrospira metagenome assembled genome (MAGs) classified as comammox Nitrospira. Although the MAGs were incomplete, we were able to see that many contained genes for both ammonia oxidation and nitrite oxidation, supporting their classification as comammox Nitrospira, as both sets of genes are required for comammox. An unexpected finding in two of these MAGs were genes encoding cyanate degradation (cynS), which were distinct from cynS genes found in strict NOB Nitrospira. It appears as though Nitrospira in the RBCs could be degrading cyanate to ammonia to use for themselves (i.e., if comammox Nitrospira), or to provide ammonia to other nitrifiers (i.e., if NOB, as was previously known to occur).

What I found really interesting was that there were multiple populations of comammox Nitrospira in the RBC biofilm. This suggests that they occupy distinct niches in the biofilm, formed by the availability of different energy sources, or by physical differences leading to oxygen or substrate gradients. We found that the Nitrospira populations varied across our samples, which makes me wonder… Where in the biofilm do they live? Are they all carrying out comammox, or do they use alternative substrates? How do they compete with other ammonia oxidizers? For example, we still see AOA in the biofilm microbial communities – do they compete with comammox Nitrospira for ammonia? These aren’t questions we can fully answer right now, but one day, hopefully we can.

Now we know that there are Nitrospira capable of both ammonia and nitrite oxidation and we hope that our future research will better identify how much they contribute to ammonia oxidation in the RBCs and in other WWTPs in general. Our research adds an important piece to the puzzle of wastewater nitrification and, who knows, maybe one day we’ll find even more missing pieces and once again realize that our nitrification puzzle wasn’t as compete as we thought in 2020.

You can read about our study here.

Special thanks to the Guelph wastewater treatment plant for sampling access. This research wouldn’t be possible without your support (or the microbes)! 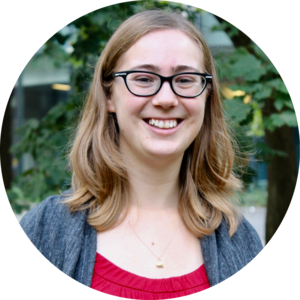