Regulating an ancient immune response to promote a beneficial symbiosis

Corals form both the trophic and structural foundation of the most biodiverse marine ecosystems, but the weight of the ecosystem does not fall on their stony shoulders alone. Inside of coral cells live symbiotic dinoflagellate microalgae; these photosynthetic endosymbionts transfer vital nutrients to the host and in return they receive shelter and inorganic nutrients1. Although this relationship is ancient and powerful, alterations to the chemistry and temperature of our oceans have been shown to disrupt this symbiosis. Loss of symbiotic microalgae from hosts (bleaching) can be lethal for corals and ultimately lead to the collapse of the entire ecosystem. To protect coral reef ecosystems, we must understand how this intricate balance between partners is established.

Some people are surprised to hear that our lab, located in southwestern Germany, investigates coral-algal symbiosis; the endosymbiosis model Aiptasia makes this possible. This small sea anemone is closely related to corals and engages in symbiosis with the same dinoflagellate symbionts, however it is much easier to maintain in the lab and is amenable to experimentation. Aiptasia may be unassuming, and often considered a pest by those who have aquaria of their own, but it is one of the main reasons I joined the Guse lab for my master’s thesis. Working with a new model organism requires creativity and exploration beyond the normal demands of science. Additionally, Annika and my predecessors in the lab established a robust spawning protocol that yields large quantities of larvae each week. Aiptasia, as well as most coral species, give rise to small, transparent larvae that are naturally without symbionts (aposymbiotic). These aposymbiotic larvae allow us to easily investigate some fascinating questions regarding symbiosis establishment – the type of questions that made me stick around in the Guse lab for my PhD. Together with my co-author Sebastian Rupp, we took a comparative approach to understand how the host, which possesses a complex innate immune system, can distinguish between beneficial and non-beneficial microorganisms and how suppression of innate immunity contributes to symbiosis establishment and symbiont selection. 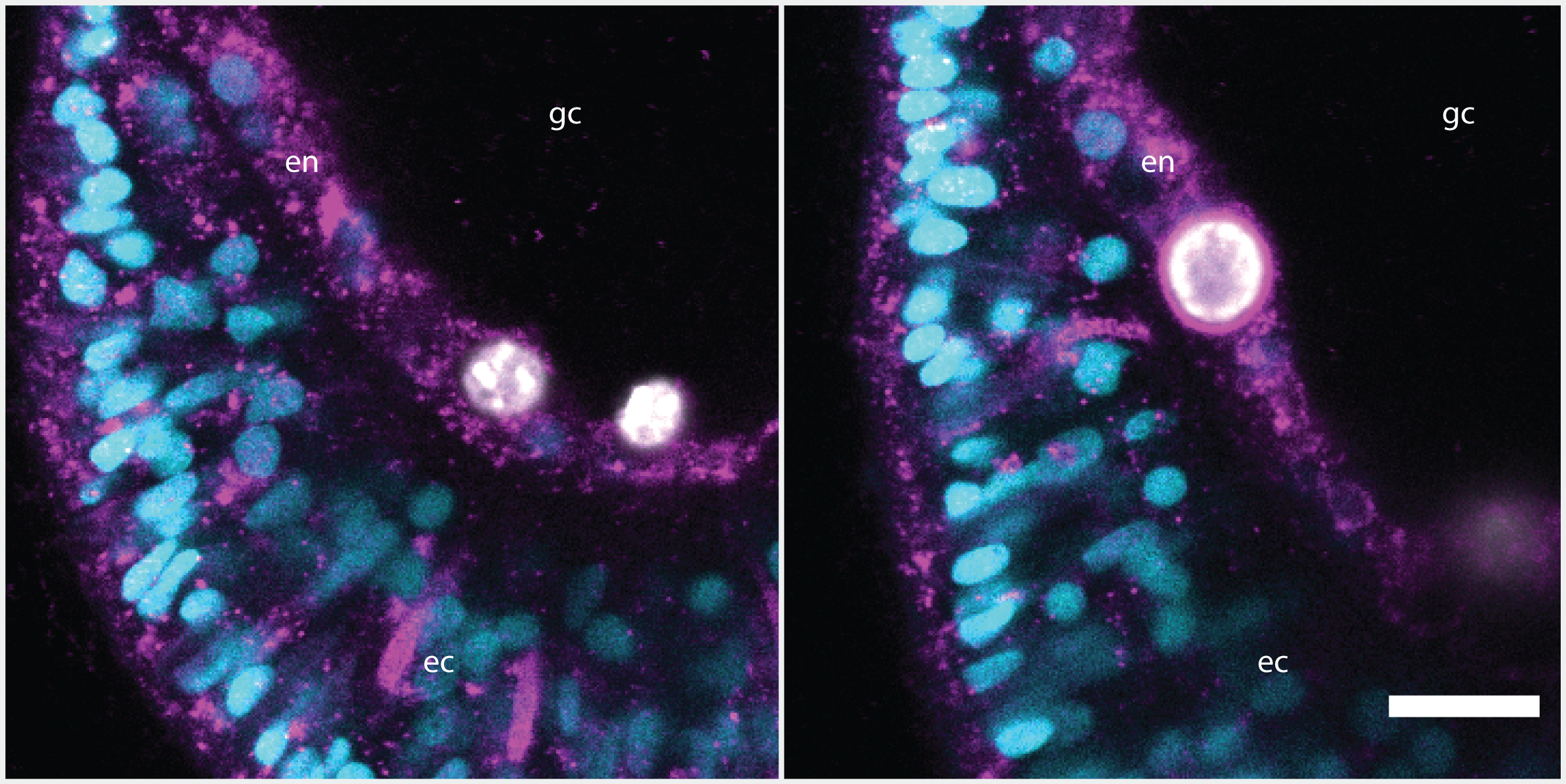 As my previous knowledge of phagocytosis and phagosome maturation was limited to the culmination in degradation, we went back to the literature to find some answers. Because the non-symbiotic microalgae appeared intact after expulsion and were frequently reacquired by the larvae, we directed our attention to investigations of non-lytic expulsion in other organisms. This is how we happened across my new favourite term: vomocytosis. Vomocytosis was first described in vertebrate phagocytes containing fungal pathogen species from the genus Cryptococcus3,4. It was thought to function as a stealthy escape route elicited by pathogens to avoid triggering the immune system of the host, but increasing observations across various hosts have led to uncertainty surrounding the initiator of vomocytosis (host or pathogen). Using live-imaging, we observed the expulsion of both non-symbiotic microalgae and beads during the duration of imaging leading us to believe this is a host driven process. Additionally, vomocytosis was shown to be negatively regulated by ERK5 in vertebrate macrophages5, and by using an ERK5 inhibitor we could stimulate the expulsion of symbionts from the larval host.

If the common response to non-symbiotic particles is expulsion, what happens following symbiont-uptake that prevents this process? To tackle this question, we turned to Philipp Voss, a former PhD student from the lab, who generated gene expression data using symbiont-containing cells and non-symbiotic microalgae-containing cells. This analysis provided insight into the complex workings of the innate immune response in Aiptasia. I was fortunate to share this authorship with Sebastian because his background in innate immunity and host-pathogen interactions helped us to navigate the complex transcriptomic dataset. We found that immune suppression was specific to symbiont-containing cells and was not an organism-wide response. Of particular interest was the TLR pathway, which has been shown to play a central role in mediating host-pathogen interactions6. We saw that activation of TLR signalling interferes with symbiosis establishment by triggering expulsion of symbionts. Therefore, we found that immune suppression induced by symbiont uptake, presumably by targeting the TLR pathway, halts expulsion via vomocytosis; non-symbiotic microalgae fail to suppress the immune response and are subsequently expelled. 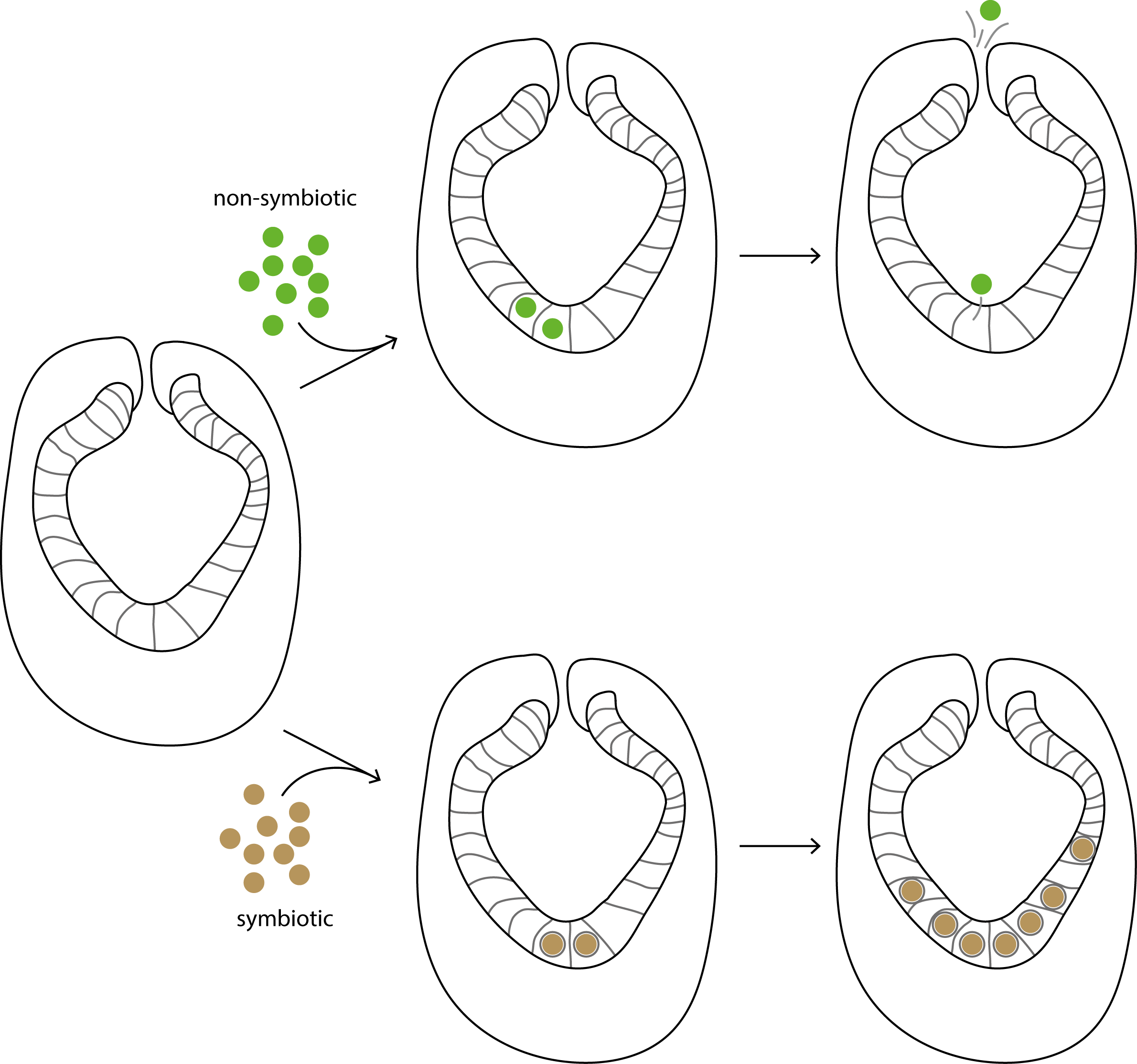 Taken together, it appears that aposymbiotic Aiptasia larvae probe the environment for suitable symbionts by constitutively acquiring various microbes from the environment. Non-symbiotic microalgae will be released back into the environment, but the immune suppression induced by symbiont uptake arrests expulsion and allows symbionts to remain intracellular, where they will establish a niche to promote nutrient exchange. Vomocytosis in organisms with complex tissue structures requires tight regulation as pathogen escape could endanger neighbouring cells. The larvae of Aiptasia comprise only two tissue layers, both of which are in constant contact with the environment; therefore, vomocytosis does not require strict control as the expelled microorganism will simply be released into the surrounding sea water. Vomocytosis may be an ancient defence mechanism of animal cells, but evolution favoured tighter control of this process with increasing complexity of organisms. 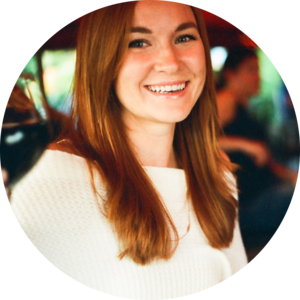