Fungal diseases are a severe threat both to global food security and human health. They are also increasing in incidence and there is an urgent need for new control strategies. It is therefore crucial to understand the molecular mechanism of fungal pathogenesis and accordingly to develop new, effective and environmentally sustainable control methods. Our study reports the identification of a new strategy for controlling fungal disease by inhibiting septin-dependent plant penetration.

M. oryzae depends on assembly of a septin ring to form an infection structure called penetration peg from the base of appressorium for rupturing host cuticle. Septin-dependent host penetration therefore provides a good candidate for development of strategy for controlling fungal diseases. However, it remains largely unknown how membrane lipids regulate septin organization for cell shape specialization. Besides, it remains unclear how the fundamental aspect of the septin assembly could be exploited to develop effective strategy for controlling fungal diseases.

We began our study by charactering the relationship between PIPs and septin protein in M. oryzae. Using PIPs biosensors, we revealed that a pool of PIPs colocalized with septin protein Sep3 in the appressorium. Pharmaceutic or genetic inhibition of PIPs biosynthesis compromises septin ring formation and pathogenicity of M. oryzae, indicating the importance of PIPs in septin-dependent host penetration.

We then examined what specific property of PIPs might affect septin ring formation in M. oryzae. We identified that side moieties in PIPs of M. oryzae contains very-long-chain fatty acids (VLCFAs), whose biosynthesis is mediated by a conserved fatty acid elongase Elo1. The M. oryzae mutant lacking Elo1 is compromised in production of both VLCFAs and PIPs containing VLCFAs, consequently leading to defective formation of septin ring and host penetration.

We further discovered that a class of chemical herbicides targeting VLCFA biosynthesis is effective for inhibiting pathogenicity of M. oryzae through preventing septin-dependent penetration in both chamber test and field-trial. Of great importance, these chemicals are effective in inhibiting the pathogenicity of other fungal pathogens including the corn leaf blight disease fungus Bipolaris maydis, wheat powdery mildew disease fungus Blumeria graminis and locust pathogen Metarhizium acridum.

In summary, our study discovers a novel mechanism in which VLCFAs regulate PIPs-mediated septin ring formation by recruiting septins to curved plasma membranes to assemble into a septin ring for initiating the formation of a penetration peg. This mechanism advances our understanding in fungal infection structure formation and may also contribute to other studies on septin/VLCFA-dependent cell morphogenesis in mammalian cells. In addition, our discovery provides a type of fungicides inhibiting VLCFA biosynthesis that have great potentials for wide application to control fungal diseases of crops, animals and even human beings. 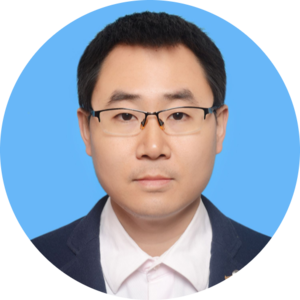 Oded Béjà
about 1 year ago

Min He
about 1 year ago

That is right. Thank you very much for reminding me to add the paper link in this blog.