When UPEC infects Human epithelial bladder cells they undergo extreme morphological changes, and become spagetti-like monsters, some hundreds of microns in length. Once exfoliated from the host cells, these filaments revert back to rods. We had a closer look at how this process is regulated.
Bill Söderström
Principal Investigator, University of Technology Sydney
Follow
Liked by Salvatore Mandalà and 1 other

A subset of uropathogenic Escherichia coli are able to halt division and grow into highly filamentous cells during infection of bladder epithelial cells. Here, authors aim to determine the mechanism, and understand the dynamics of cell division machinery during infection-related filamentation.

Imagine you grow 200 meters tall just because you got a bit stressed out. Insane, you might think? Well, that is, in relative terms, what Uropathogenic E. coli (UPEC) is doing when you have a Urinary Tract Infection (UTI) going on. Kind of.

In this study we used a in-vitro UTI model, where Human epithelial bladder cells were infected by UPEC. As you can imagine, being inside a bladder cell is a stressful environment... The end product is highly elongated bacterial cells that we call infection-related filaments (IRF). These filaments can reach extreme lengths, approaching 500 micrometers (compare that to the normal 2-4 um of rods...). In order to keep the infection going these filaments must revert back to rod shapes, as filaments cannot re-infect new bladder cells. We were interested in the regulation of the reversal process.

In 'normal' cell division of E. coli (and most other bacteria) the FtsZ protein the undisputed star: acting as the main regulator, scaffold and connection hub for multiple other division proteins. Early during division FtsZ forms a stable ring [called the Z-ring] at midcell that remains throughout constriction.

During reversal of filaments on the other hand, FtsZ froms transient Z-rings that assemble and disassemble over time. Looking under the microscope, these Z-rings can beast be described as looking lost and confused.

To get a better understanding of what was going on, we looked at the dynamics and localization patterns of (mEos3.2-)DamX. DamX is a SPOR-domain protein that bind septal peptidoglycan (cell wall), but its role in cell division and morphology regulation has been not fully understood. We found that DamX seems more important in UTI89 (pathogenic) than in MG1655 (non pathogenic), as there was a clear phenotype in deletion strains of the former but not in the latter.

Following DamX localization over time in IRFs using time-lapse microscopy reveled that once it assembled into a ring, it remained assembled and this always resulted in a division event. This indicate that DamX has a stabilizing role for the division machinery.

Using single-molecule fluorescence microscopy (PALM) did we learn that DamX remained accumulated at the new poles long after the inner membranes had fused suggesting an active role in PG synthesis at a very late stage during division.

Overall, it looks like DamX is responsible for stabilization of the Z-rings during filament reversal.

We have only scratched the surface regarding the molecular details that governs the reversal process. But one thing is clear, FtsZ's time in the limelight may be over. Maybe. 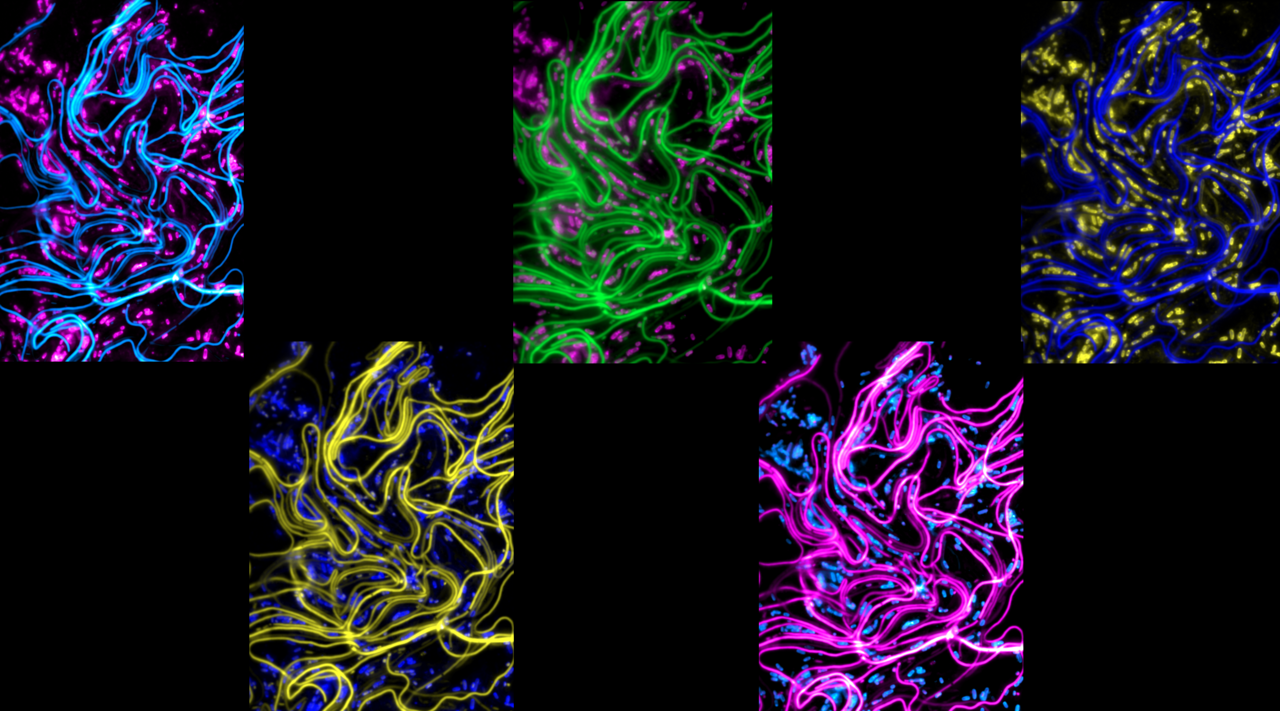 When UPEC infects Human epithelial bladder cells they undergo extreme morphological changes, and become spagetti-like monsters, some hundreds of microns in length. Once exfoliated from the host cells, these filaments revert back to rods. We had a closer look at how this process is regulated.