Type I Toxin-antitoxin systems in the human pathogen Clostridioides difficile

Toxin-antitoxin (TA) systems are widespread in prokaryotes and encode a stable toxin component and an unstable antitoxin to repress the function or expression of the toxin. The toxin is always of a protein nature while the antitoxin can be a protein or a non-coding RNA.

In type I TA systems, the antitoxin is a small antisense RNA that base-pairs with the toxin-encoding mRNA altering its stability and/or translation. The overexpression of toxin inhibits growth or induces cell death while antitoxin protects cells from the toxin’s action. 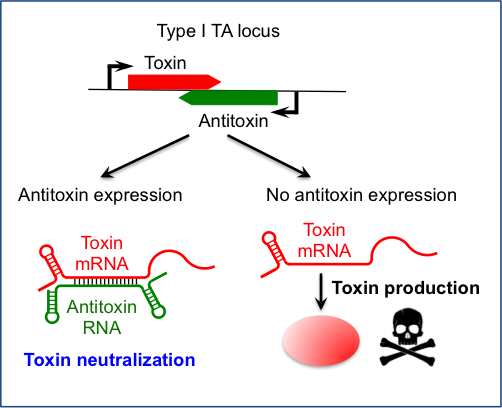 Figure 1. Mode of action of type I TA modules

TA loci were initially discovered on plasmids where they confer stability of maintenance. TA modules were later found in great numbers on bacterial and archaeal chromosomes but their function remains largely unclear. If deregulated those multiple TA modules could even kill their host. How do bacteria manage this potential for self-destruction and stay alive? Are chromosomal TA modules involved in prophage maintenance, preventing of phage infection, stress response and persister formation? Could TA modules be just « selfish » DNA elements that promote their propagation within bacterial genomes at the expense of their host?

We study the regulatory RNAs in Clostridioides (previous name Clostridium) difficile. Among emerging human enteropathogens, C. difficile attracted the attention of the scientific community due to increased incidence and severity of infections and high rate of recurrences. This bacterium has been renamed several times keeping the « difficile » adjective that highlights original difficulties for this bacterium isolation, growth requiring strictly anaerobic conditions and genetic tool limitations.

Our work on these fascinating TA systems in C. difficile started with an unexpected observation. I was looking at the visualisation of our TSS (transcriptional start site) mapping data that we had just obtained (Soutourina et al. PLoS Genetics 2013). Particular patterns could be seen for highly expressed regions of CRISPR arrays for clustered regularly interspaced short palindromic repeats-Cas (CRISPR-associated) systems for defence against foreign nucleic acids, famous for their applications for genome editing. In the proximity of CRISPR arrays, the detection of potential antisense RNA to the genes of unknown function caught my attention. These genes encoding small proteins escaped automatic annotation. I then aligned their amino acid sequences and noticed the presence of charged amino acids (a lot of K) in their C-terminal moiety. They all looked alike. A closer look revealed that these are the proteins having all characteristic features of toxins from type I TA. Further experiments confirmed that we had identified first type I TA in C. difficile genome (Maikova et al. Nucleic Acids Research 2018). The intriguing association and coregulation of some of them with CRISPR arrays raised the question on the potential functional link between these cell dormancy and adaptive immunity systems.

In the present work (Peltier et al. Communications Biology 2020), we describe the identification of five additional type I TA modules highly conserved within C. difficile prophage regions and provide experimental evidence of their contribution to the stability of these genomic regions. This paper is the result of a collaborative effort of our international teams combining the complementary skills in bacterial genetics, phage and RNA biology. It was an extremely enriching experience for us to work together with our Canadian colleagues, C. difficile phage experts Louis-Charles Fortier and Julian Garneau, and with the antisense RNA expert Eliane Hajnsdorf.

Until now a total of 13 potential type I TA modules could be found in the genome of C. difficile reference strain 630, 8 within prophages (Soutourina, Toxins 2019). A careful inspection of available C. difficile phage genomes revealed even more variants of small proteins within potential type I TA that were completely missed during automatic gene annotation. Many questions remain to be addressed on these enigmatic TA modules. We hope that future studies will help us to uncover their hidden secrets. In the meantime, we are happy to share with the scientific community the improved genetic tool using the inducible expression of a toxin from type I TA for the C. difficile genome editing. We have a very positive feedback from people that are already using it. We can now plan the precise manipulations of the C. difficile genome that appeared not feasible before. « Difficile » genome became now really more accessible for future investigations. 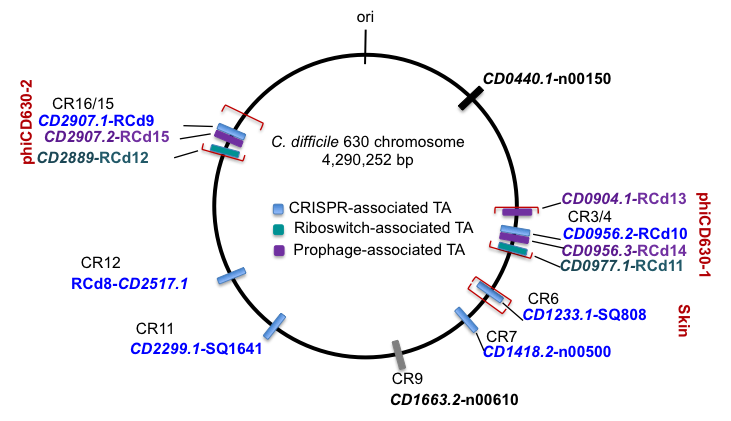 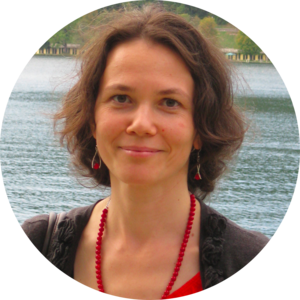