“If the mountain will not come to Muhammad, then Muhammad must go to the mountain.” arises from the story of Muhammad. Francis Bacon, 1625

We know that several probiotics play an important role in detoxification of ingested heavy metals in both human and murine models. Based on this, we proposed a novel approach against heavy metals contamination, named Gut Remediation. Compared to the traditional heavy metal remediation technologies, gut remediation can be easily obtained by functional probiotics with low-cost in the process of practical application in the future.

Nevertheless, the number of probiotic strains that colonize the gastrointestinal tract has been reported to extremely limited, hence, how the restricted number of probiotics exert their influence to achieve protective effects against heavy metals pollutants aroused our interests. The gut microbiota is the first line of defense against ingested environmental xenobiotics and express some heavy metals-detoxifying genes such as glutathione. So all the microorganisms living in the gut can somehow influence the mitigation effects of heavy metals toxicity in the process of probiotics intervention.

Chromium (Cr) is an omnipresent environmental toxic contaminant and is mainly present in trivalent (Ⅲ) or hexavalent (Ⅵ) forms. Cr(VI) can be easily absorbed by living cells and is a highly hazardous form that causes health problems. Cr(VI) can be reduced to Cr(III), which is poorly absorbed and less toxic. Oxidative stress is one of the key features of heavy metals toxicity. Imbalance between the production of free radicals and generation of antioxidants caused by oxidative stress causes damage to important biomolecules and cells, with potential impact on the whole organism. Tibet plateau probiotic BT36 have strong antioxidant ability attributing to its average 4000 meters height and 6500 MJ/M2 solar radiation.

In this study, we identified some healthy features in mice. To this end, we analyzed 16S rRNA sequencing and metatranscriptome sequencing data from the feces of mice models treated with BT36 and Cr(VI). The gut microbiota composition in different groups were observed to be closely associated with different degrees of oxidative stress. With the help of these finding, we also tested the genes and enzymes in gut microbiota involved in Cr(VI) remediation by screening the different expressed genes. In addition, some genes with unknown function were experimentally demonstrated to be highly tolerant to Cr(VI) and reduce Cr(VI) to Cr(Ⅲ) in vitro. Taken together, BT36 increased the antioxidant defense and Cr(VI)-reduction ability of the gut microbiota by upregulating the expression of relevant genes.

Deep sea viruses: the dark matter in the dark ocean 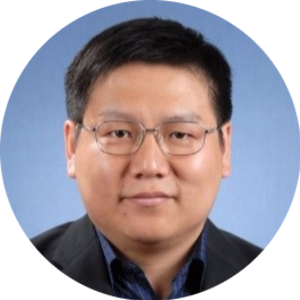 Prof., school of life and science