Nature Communications - Patient variables, such as comorbidities, partially explain which patients will progress to Klebsiella infection, with colonization of the gut acting as a reservoir. Little...

Bacteria have been ready and able to thwart efforts to treat infections since the onset of widespread use of antibiotics during World War II. The truth has emerged that we need more thoughtful solutions to reduce the burden of antimicrobial-resistant (AMR) infections. The most effective means to reduce the burden of AMR is to prevent infections from occurring. To this end, several preventive practices help limit resistant pathogens--or so-called superbugs--such as antibiotic stewardship, enhanced AMR monitoring, data sharing, and engineering controls. Yet, the continued rise of AMR demonstrates a need for additional, creative preventive approaches.

To take on this challenge, we focused on the group of bacterial pathogens known as the Klebsiella pneumoniae species complex (or Klebsiella). The K. pneumoniae species complex includes several Klebsiella species with pathogenic potential: K. pneumoniae, K. variicola, K. quasipneumoniae, K. quasivariicola sp. nov., and K. africana. Importantly, they are a leading cause of lung, blood, and urinary tract infections and are the third leading cause of death due to bacteria with the potential for AMR (Murray et al., 2022).

Fundamentally, preventive measures that limit infection and AMR take one of three approaches: 1) following best practices of antibiotic use to prevent the development of resistance, 2) disrupting transmission, and 3) decolonization of resistant strains. We believe that integrating patient and bacterial factors to determine infection risk in colonized patients can increase the efficacy of all three approaches.

Therefore, we turned to a cohort of over 2,000 Klebsiella colonized patients at the University of Michigan (Rao et al., 2021). To take an integrated approach to understand infection, we selected individuals from this cohort that acquired an infection with Klebsiella after the detection of colonization and were infected by a strain that was the same as their colonizing isolate, indicating that the infectious Klebsiella came from the gut.

Genome sequencing allowed us to determine the genetic makeup, or genotype, of each Klebsiella strain and compare the genotypes of Klebsiella strains that came from cases to controls. Our approach led to the identification of 27 genes associated with the ability of a Klebsiella strain to cause infection, following statistical considerations for the patient attributes and bacterial genetic background.

Infection-associated genes included antimicrobial resistance genes, which cause bacterial AMR; mobile genetic elements, which allow bacteria to exchange genetic information; genes with other known functions; and genes with no known function. The identification of AMR genes was surprising to us since we carefully controlled for antibiotic exposure. It may be the case that these genes are helpful hitchhikers on pieces of DNA known as plasmids, which bacteria use to exchange genetic information. This is compelling because it suggests that the genes that enhance colonization and increase infection risk are exchanged between bacteria with AMR genes that complicate infection treatment. These findings indicate that incorporating the genotype of the colonizing Klebsiella strain with patient attributes, such as underlying conditions and colonization state, is useful for predicting infection.

To determine if our findings were replicable outside of our cohort, we explored the association of these Klebsiella genes with infection at a second hospital in a different state. Five of the six genes we tested were also associated with infection in this second cohort, demonstrating that our approach is useful for biomarker discovery for infection risk assessment.

Studies aimed at identifying factors associated with infection are often limited in scope to either patient or pathogen. By integrating pathogen and patient factors in carefully controlled studies, we enable the highly discriminatory classification of the many facets of infection. In doing so, we empower better clinical decision-making and intervention, leading to better health outcomes, reduced transmission, and better AMR control. Our study provides three avenues for improving preventive measures.

First, by assessing the patient variables associated with Klebsiella infection, such as Klebsiella gut colonization in combination with specific underlying conditions, we can quickly screen for at-risk patients. These patients can be targets for enhanced monitoring or contact precautions.

Second, by determining if Klebsiella is dominant in a patient’s gut, we can gauge the risk of future infection due to the colonizing strain. If the colonizing strain contains infection-associated genes and their gut is dominated by that strain, we can infer the patient is at high risk for future infection. Moreover, gut dominance may increase the risk of transmission to other patients, further warranting intervention.

Third, by knowing the genotype of the colonizing bacteria, providers can determine if these bacteria are antibiotic resistant or even the likelihood of acquiring AMR factors. This enables informed treatment decisions that limit the erroneous use of antibiotics. Additionally, this information can be used to infer the risk of transmission, especially in the instances where the colonizing strain is a known strain of concern.

By integrating bacterial genotype, gut dominance, and patient variables, we can stratify patient risk and identify the most at-risk patients who will be ideal candidates for decolonization therapy. Coupled with decolonization therapy, we may be able to prevent these deadly infections before they occur and start to turn the tide against AMR bacteria. A similar approach is used in the United States and several European countries for Streptococcus agalactiae (a.k.a., Group B Streptococcus, strep B, GBS). In the United States, decolonization from the vagina of pregnant individuals has led to a substantial reduction in the burden of GBS disease. A similar approach may open new possibilities for the reduction of the Klebsiella disease burden. As always, the well-worn Benjamin Franklin adage rings true: “An ounce of prevention is worth a pound of cure.” 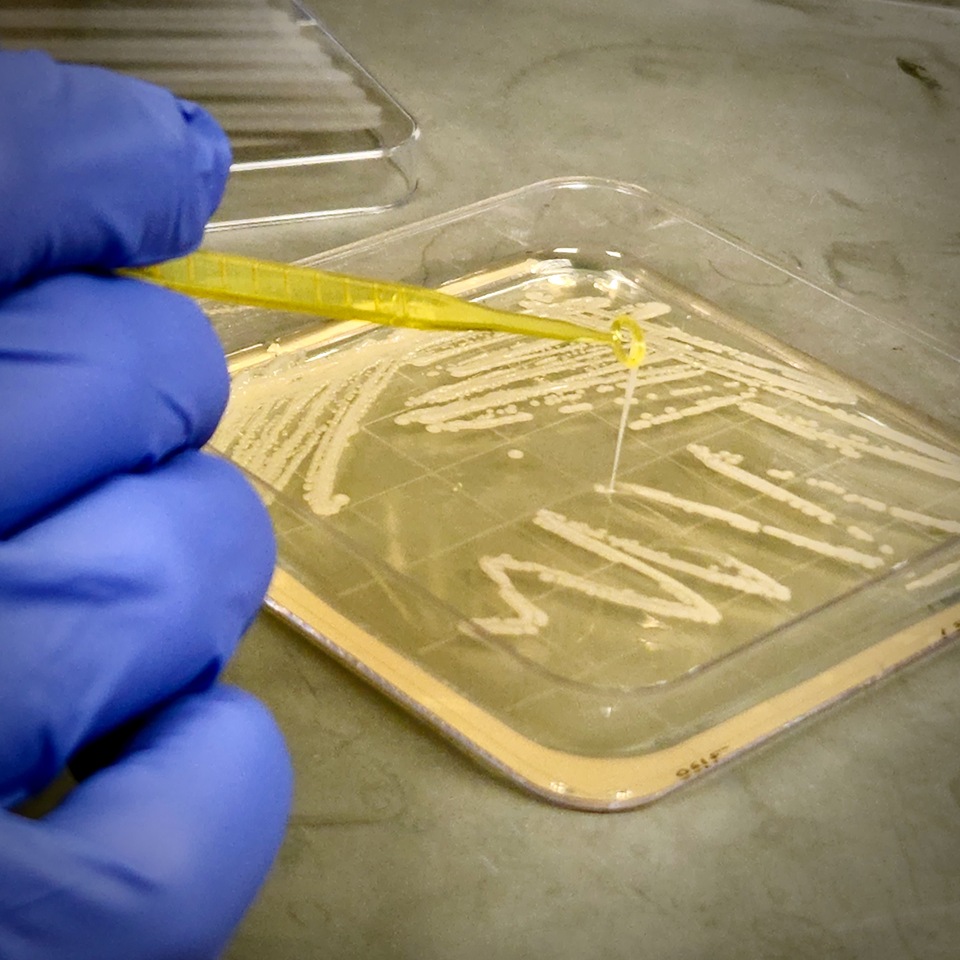