Our long-time sampling campaigns of phytoplankton blooms in the German Bight revealed recurrent patterns of distinct microorganisms over and over again – and with time we have gotten to know the main players of these exceptionally dynamic processes. On the one hand, the diatoms: microalgae that are capable of producing an incredible arsenal of different polysaccharides that they store or secrete for a multitude of reasons. On the other hand, the bacteria that have made it their niche to be just as adept at degrading those very polysaccharides: the bacteroidetes.

Our continued sampling campaigns include not only high-frequency metagenomics and -proteomics but also the analysis of isolates of both microalgae and bacteria taken from these blooms. That puts us in a very fortunate and unique position. We not only know who key players of the bloom are and what they’re doing at given times, but based on this larger picture are also able to study these relevant interactions directly, from organism to organism. For example, we knew from previous studies that the hemicellulose β-mannan was present during microalgae blooms, and also that the putative capability to degrade such substrates existed in some of our isolated bacteria. So, in our most recent study we set out to directly link the two.

Due to one of the ways bacteroidetes ensure they are the best polysaccharide degraders out there, they themselves are actually quite helpful in telling you what substrate exactly to search for. The carbohydrate active enzymes – CAZymes – they use for the degradation of one specific polysaccharide are most often encoded for in genomic islands, meaning they are all very close together. We call them polysaccharide utilization loci (PULs). So, once you’ve found a marker gene for a specific kind of polysaccharide backbone (in our case several putative β-mannanases), you look for more CAZymes directly upstream or downstream and let them inform what kind of complex polysaccharide you’re actually looking for. In our study we found quite a few additional CAZymes, most notably a putative glucanase and a galactosidase. So maybe the substrate we were looking for didn’t only consist of mannose? We tested this by growing the strains on several different mannans that included such decorated with glucose or galactose. Proteomics of these cultures revealed a heavy induction of the β-mannan PUL CAZymes on all our tested mannans, proving to us that the enzymes we had suspected to be a part of this degradation pathway actually were.

Along with the main marker mannanases, we then recombinantly produced those enzymes and tested their activity first on the different mannans we used before and, when that proved successful, on bloom samples and extracts from specific diatoms. The epitope deletion assay we used was a great way to test a multitude of different microalgae – because at this point we just knew from the bloom samples that the β-mannan was there, not who was actually responsible for it. Using antibodies specific for certain glyosidic linkages we could detect a suitable substrate for our enzymes in two different genera of diatoms, Chaetoceros and Coscinodiscus. One of the tested Coscinodiscus isolates was also one that we had taken at Helgoland in the German Bight, thus closing our circle of production and degradation. So now we had our direct link. We had seen in samples that the β-mannan was there – and now we knew who was responsible. We knew some of our bacteria were capable of degrading such a substrate – and now we’d gotten a very good look at how.

At this point we set out to also discover exactly how prevalent this kind of interaction is. We compared all our isolates that contained a similar PUL, but that was only a glimpse. When you have metagenomes at your disposal and let them inform what you study, you can come back to them with new questions once you know more about a specific pathway. So that’s what we did. Using our strain as a model, we searched for genomes within our metagenomes that encoded for the CAZymes we had characterized in our strain. And as it turned out, there were quite a few but not all of them had all the enzymes our isolate possessed. That meant there was a certain amount of variability to our substrate, which is something we have known for a while to be pretty prevalent in marine polysaccharides. Expolring further, we looked into marine databases, which revealed that there was a large number of CAZymes that could be associated with β-mannan PULs that were not encoded for in the specific isolate we studied. That, in combination with the multiple different classes the bacteria we found these in belonged to, meant that we had found an interaction that is broadly relevant to marine ecosystems and bloom situations. And now, for the first time, we could directly link β-mannan from the algae producing it to the marine bacteria degrading it. 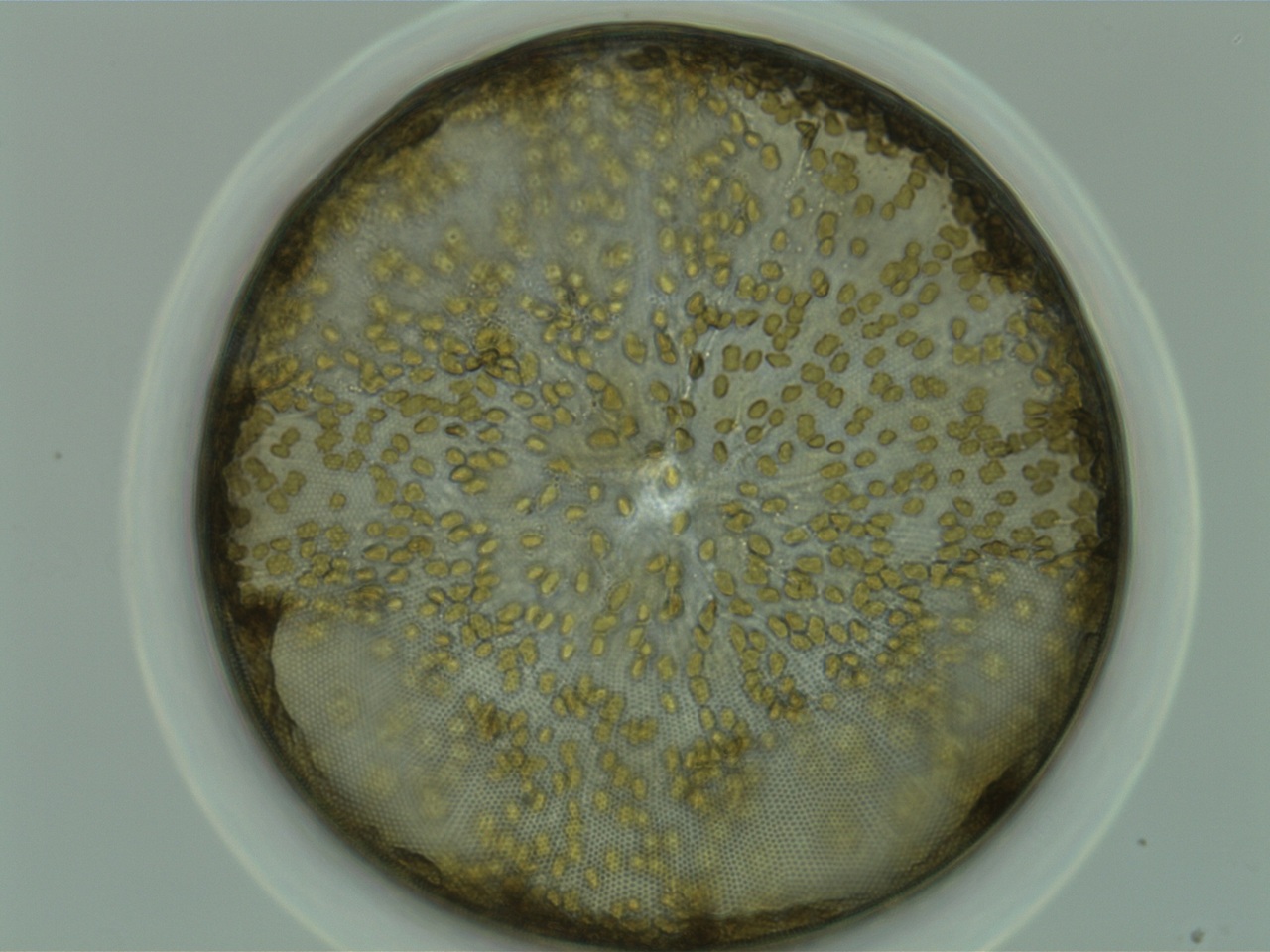