Atmospheric gas scavenging has been implicated as a strategy for microbial survival. Members of the Acidobacteria, along with other diverse soil microorganisms are capable of atmospheric dihydrogen oxidation, which has important implications in atmospheric chemistry, microbial ecology and survival.

Soils harbor a diverse collection of microorganisms with estimates of 109-1010 cells per gram of soil, and within that gram containing upwards of 1,000 species. Yet the majority (estimates of up to ~80%) of these microorganisms are in a state of non-growth or dormancy for extended periods of time1. Atmospheric gas scavenging is proposed to be a strategy to survive these periods of non-growth2, presumably stemming from carbon deprivation. As such soils are often referred to as “sinks” for atmospheric gases3, namely molecular hydrogen (H2).

Acidobacteria represent one of the most abundant soil phyla based on the 16S rRNA gene in soils6. They constitute a large, physiologically and phylogenetically diverse phylum, yet we are just beginning to understand the extent of this extensive diversity regarding their physiological potential and environment function. Our recent large-scale comparative genomic study of mesophilic soil acidobacteria identified the structural and maturation genes for the group 1h [NiFe]-hydrogenase – implicating them as mediators in trace gas scavenging (Eichorst, Trojan et al., 2018).

Our research group (Head: Dr. Dagmar Woebken) at the University of Vienna integrated culture-independent approaches to identify a diverse H2-scavenging community in temperate soils - an effort led by the co-first authors, Drs. Andrew T. Giguere and Stephanie A. Eichorst (Giguere, Eichorst et al., 2020). We identified new mediators in this biogeochemically and ecologically important process of atmospheric H2 oxidation through the development of broadly inclusive primers for long-read sequencing of the group 1h [NiFe]-hydrogenase gene. Acidobacteria were prevalent members of this community, notably in temperate soils where H2 consumption was observed. In culture-based experiments conducted in collaboration with Dr. Chris Greening at Monash University (Australia), we further demonstrated that mesophilic soil acidobacteria consumed H2 to below atmospheric levels during carbon limitation due to the expression of their group 1h [NiFe]-hydrogenase genes (hhyL and hhyS). We also detected expressed acidobacterial hhyL in temperate soils, illustrating that acidobacteria are active in soils that consume H2, presumably contributing to the “H2 sink” in soils. Taken together, our data support the growing evidence that trace gases might be widely used as energy source enabling bacterial persistence.

Our paper can be found here.

Details on our research group at the University of Vienna can be found here. 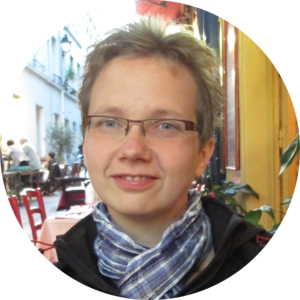