A community from Nature Microbiology
Contributor Nature Food
Behind the paper

The road towards safe edible insects

Insects as a food source?! A few years ago, it would have been normal to question this in Western countries. Today, edible insects are steadily entering the food chain. That food chain, however, is a well-regulated system nowadays and new matrices like insects should meet certain conditions to be allowed on the market. In the EU, for example, the safety of edible insects must be proven and this involves thorough research. Research in which our research group Lab4Food (KU Leuven) happily participates.

Soon after the introduction of edible insects in Western countries, food safety research regarding this new and fairly unexplored food matrix was initiated. At first, studies aimed to count and identify all microorganisms associated with edible insects. Later, foodborne pathogens were starting to be envisaged. Typical foodborne pathogens such as Salmonella and Listeria monocytogenes were targeted but it seems that they are not much of a risk (for now). At the same time, processing steps in the insect industry became a topic of microbiological investigation and it became clear that several (but not all!) microbe groups are easily eliminated by processing. Altogether, progressive insights have made clear that there is one important group of microorganisms to be considered: bacterial endospores! A first target for our research.

You may have noticed that particularly bacteria were considered above. Don't worry, also other microorganisms associated with edible insects (for instance fungi) are, but to a lesser extent, being investigated by food researchers in order to improve the safety of the (insect) food chain. One particular but important group of foodborne microbes, however, remained uninvestigated: viruses. While risk assessments consistently mentioned them, foodborne viruses have not become subject of food safety research on edible insects. And here we found our second research target!

Setting research goals is easy, achieving results is a different story. Interested in identities of endospores and viruses, we had to use a targeted approach: no general DNA or RNA assay but specific selection of bacteria in their spore form and specific designs of qPCRs for relevant viruses. Isolation of only endospores was fairly easy, targeting viral RNA was not. The specific nature of the insect matrix made it difficult to perform extractions, to avoid contamination and to include proper controls to exclude false negative results. But we succeeded.

The road towards microbiologically safe edible insects exists in choosing the correct microbes to target and control. As written in the Nature Food paper "Identification of bacterial endospores and targeted detection of foodborne viruses in industrially reared insects for food", two findings contribute to that. Firstly, the endospore-forming bacterium Bacillus cereus and its relatives are a serious insect-related food safety risk to be considered. Secondly, a few major foodborne viruses (hepatitis A and E virus and norovirus genogroup II) present a low food safety risk. Another step taken to a successful rollout of safe edible insects. 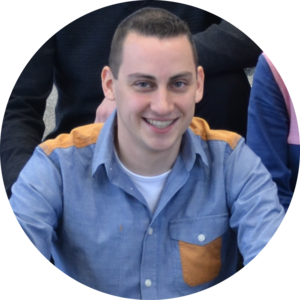