Heraclitus of Ephesus famously remarked that ‘Life is Flux’ (Panta Rhei): life’s only constant is that it changes. But life’s oldest biosignature appears to be conspicuously even over billions of years. We ask: Is contemporary biology an effective proxy to interpret the earliest indications of life?
Betül Kaçar
Assistant Professor, University of Wisconsin–Madison
Follow

The oldest and most wide-ranging signal of biological activity on our planet is the carbon isotope biosignature. These biosignatures reflect the long-term evolution of the microorganism-hosted metabolic machinery responsible for producing deviations in the isotopic compositions of inorganic and organic carbon. Despite billions of years of ecosystem turnover, evolutionary innovation, organismic complexification, and geological events, the organic carbon in the rock record tells an essentially monotonic story: The carbon isotope biosignature has remained remarkably unchanged over ~3.5 billion years (Figure 1). This peculiar monotony challenges much of what we understand about the dynamism of microbial and molecular evolution.

In this article, together with the Drs. Amanda Garcia and Colleen Cavanaugh, we surveyed a peculiar challenge to reconciling Precambrian paleobiology with subcellular evolution as a means of articulating foundational questions about the study of early life. Why does the carbon isotope record not reflect changing environmental transitions, ecological and evolutionary innovations? Did life function similarly in its deep past? How reasonable is it to use modern biology as a proxy to interpret the past signals of life?

We brought these foundational questions into relief by specifically considering the role of an exemplary enzyme, RuBisCO, in interpreting the Precambrian geological record. Recently, paleogenetic tools have been recruited to reconcile independent biological and geological records of life through the laboratory reconstruction of ancestral enzymes and metabolic systems responsible for producing preserved biosignatures. In this article, we highlight novel and recent laboratory-based approaches to reconstructing ancestral states of carbon metabolisms and associated enzymes that can constrain isotopic biosignature production/ fractionation in ancient biological systems. These data provide keyholes into ancient biological behavior, but they can only be reconciled with the geologic record when understood in the context of subcellular dynamics (Figure 2).

Our appeal to the evolutionary biology, microbial ecology, geology and molecular biology communities is straightforward. These communities go to great experimental lengths to investigate modes of evolution and adaptation unencumbered by the confounding effects of ecological exchange and tiering generated by more complex eukaryotes. The Precambrian Earth, for over 3 billion years, mirrored the pure experimental conditions frequently generated in the laboratory by these researchers: evolution unfolded almost entirely according to subcellular dynamics shaped by enzyme functionality, a combination of vertical and horizontal gene exchange and epigenetic control.

For the majority of Earth’s (mostly subcellular) evolutionary history, ‘individual’ or ‘species’ were nebulous assignments. But since paleobiology as a discipline has been built upon recognizing and tracing recent clades, paleobiologists are poorly trained in the intricate dynamics of subcellular microbial evolution. The toolsets required to untangle the historical origins and early evolution of life reside within adjacent, paleobiology, microbial ecology and molecular evolution communities. Together, we will resolve this conundrum.

Garcia AK, Kacar B. How to resurrect ancestral proteins as proxies for ancient biogeochemistry.

Garcia AK, Cavanaugh CM, Kacar B. The curious consistency of carbon biosignatures over billions of years of Earth-life coevolution.

Krissansen-Totton J, Buick R, Catling DC. A statistical analysis of the carbon isotope record from the Archean to Phanerozoic and implications for the rise of oxygen.

Schidlowski M. Carbon isotopes as biogeochemical recorders of life over 3.8 Ga of Earth history: evolution of a concept. 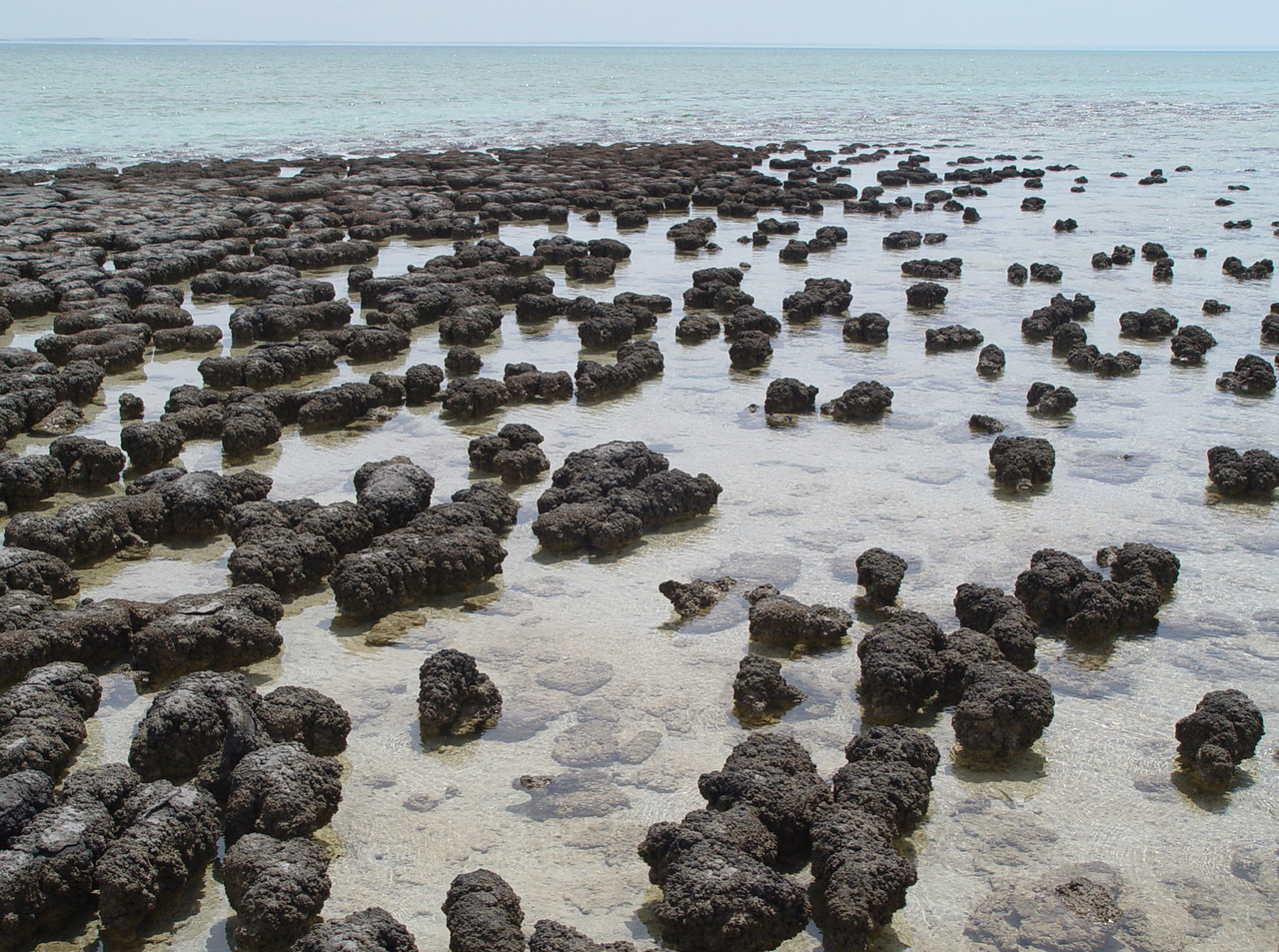 Heraclitus of Ephesus famously remarked that ‘Life is Flux’ (Panta Rhei): life’s only constant is that it changes. But life’s oldest biosignature appears to be conspicuously even over billions of years. We ask: Is contemporary biology an effective proxy to interpret the earliest indications of life?