The ocean is a complex ecosystem with enormous biodiversity. Over 90% of all life on Earth lives in the ocean and the complicated interactions between living organisms constitute our wonderful world. Among them, predator-prey interaction is particularly important. It promotes the flow of organic matter and energy and forms the basis of the global food web. Predation and defense are a long-standing arms race between predators and prey. Predators have evolved formidable hunting skills. For example, sharks have needle-like, sharp teeth, penguins can swim through water at a speed up to 36 km/h, and octopi use sophisticated suction cups. Their counterparts, the prey, have also evolved unique properties that allow them to escape from their predators; for example, the use of ink by cuttlefish which limits their predators’ vision, production of toxins and formation of the bulging belly by globefish, and the leafy sea-dragons’ skill to camouflage. This arms race and the balance of power between predators and prey help maintain the stability of the ocean ecosystem.

These intelligent hunting/survival skills are not only available to more complex forms of life, such as marine animals and plants; they are also common in micro-organisms. Previous studies by others and recent work by us found that unicellular bacteria have also developed sophisticated skills to escape from predation.

Dimethylsulfoniopropionate (DMSP) is one of the most abundant organosulfur compounds which is ubiquitous in the ocean. It is an important sulfur source for marine microbes and has important physiological functions, such as cryoprotection, antioxidation and osmoprotection. Microbial cleavage of DMSP occurs naturally in the ocean and one of its degradation products is acrylate which is toxic to aquatic organisms. The other degradation product dimethylsulfide (DMS), however, acts as an appetizing signal to attract protozoan grazers. Our recent work showed that some "clever" bacteria have a rather cunning plan. These bacteria can produce acrylate to fight against predation through the degradation of DMSP that is readily available in seawater. As such these bacteria have a survival advantage over others without this skill.

DMSP is synthesized by bacterioplankton and phytoplankton and can be released into the environment via grazing or viral lysis. Standing concentrations of DMSP in the surface ocean are typically at the low nanomolar range. However, much higher micromolar concentrations of DMSP can be detected in algal blooms and marine biofilms. These "clever" bacteria use environmental DMSP and cleave it to produce DMS and acrylate extracellularly using a membrane associated DMSP lyase enzyme DddL. Acrylate can accumulate surrounding the bacterial cells, forming a protective shelter against predation . At the same time, DMS attracts predators and grazing pressure is now shifted towards other bacteria occupying the same niche. Therefore DddL-containing bacteria that are able to produce acrylate for their own protection gains a significant competitive advantage in competition for niche and limited resources in nutrient-scarce seawaters. 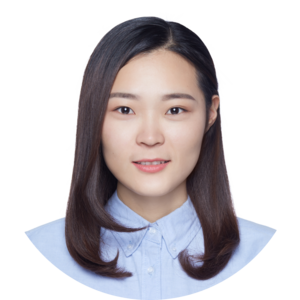