It was a cold morning on July 8th, 2019. After some coffee, cookies, and hours of discussion during the qualifying exam for my PhD thesis on bee microbiomes, my committee and I faced a puzzle: the absence, in stingless bees belonging to the genus Melipona, of two important bacterial symbionts for social bees—Snodgrassella and Gilliamella. Let me contextualize: these bacteria, and a few additional species, are ancient, core gut symbionts of the eusocial corbiculate bees (honey bees, bumble bees, and stingless bees). They contribute to social bees health and nutrition by digesting plant carbohydrates, stimulating the immune system, and protecting hosts from pathogens. Because of their hosts' social behavior, these symbionts are transmitted from one bee colony to the next, ultimately resulting in co-diversification. That is why the preliminary data were so surprising: could this symbiotic relationship really fall apart?

Well, most studies on bee gut microbiomes focused on honey bees and bumble bees. Stingless bees, despite being important pollinators of crops and native plants and representing a socioeconomic activity by stingless beekeepers, are understudied. The possibility of symbiont loss in a clade of stingless bees was so intriguing that we increased sampling to give more confidence to our results. Since Melipona is a monophyletic genus with the highest species diversity among stingless bees in Brazil, we could go deeper and, by 16S rDNA marker gene sequencing of dissected bee guts of 23 Melipona populations from four biomes across Brazil, confirmed that Melipona lack Snodgrassella and Gilliamella.

But how did these bees deal with the break-up of such a long-standing relationship? The mechanisms by which Melipona lost symbionts remain to be discovered. But we know that they did it: taken together, our results and previously published papers report this absence in Melipona species living from southern Brazil to Central America. It is possible that Melipona has undergone ecological changes that led to an independence from symbiont-based nutrition and defense, or that persisting ancestral symbionts acquired new protective and metabolic functions. Another possibility is that Melipona bees followed the gold standard practice to overcome a break-up: finding another partner! In this sense, we observed the occurrence of some novel (relative to other stingless bees) associations between Melipona and environmental bacteria and fungi. Microbes closely related to Floricoccus, a bacterium commonly found in flowers, and to yeasts—especially Starmerella, which has been isolated from stingless beehives before—were present in all gut samples of all collected Melipona species. Although loss and replacement of intracellular insect symbionts, such as Buchnera in aphids, has been widely documented, its prevalence in gut symbioses is unclear. However, there is mounting evidence that industrialized human populations have lost ancestral gut symbionts, and now we have a natural analog in bees. I plan to delve further into these mysteries, so stay tuned for another episode of the stingless bee-microbiome soap opera.

This research was coordinated by Professor Cynthia Canêdo da Silva from the Laboratory of Applied Environmental Microbiology (LAMAP) located at Universidade Federal de Viçosa (UFV), Viçosa, Minas Gerais - Brazil, in collaboration with the Laboratory of Mycorrhizal Associations (LAMIC-UFV), Central Apiary-UFV and Nancy Moran Lab at The University of Texas at Austin - USA.  We thank the stingless beekeepers for their generosity in providing bee samples. Our partnership reinforces that working with local communities brings a lot of benefits for science. This is a relationship that should never break up!

I would like to dedicate this post/research in the loving memory of my brother Ismário Oliveira Silva Júnior, for all the support during my whole life and scientific career.

Biologist, Master and PhD candidate in Agricultural Microbiology.  My current research focus on microbiome of stingless bees from Brazil. During my masters i worked with the microbiome of forest/pasture soils and biological control. 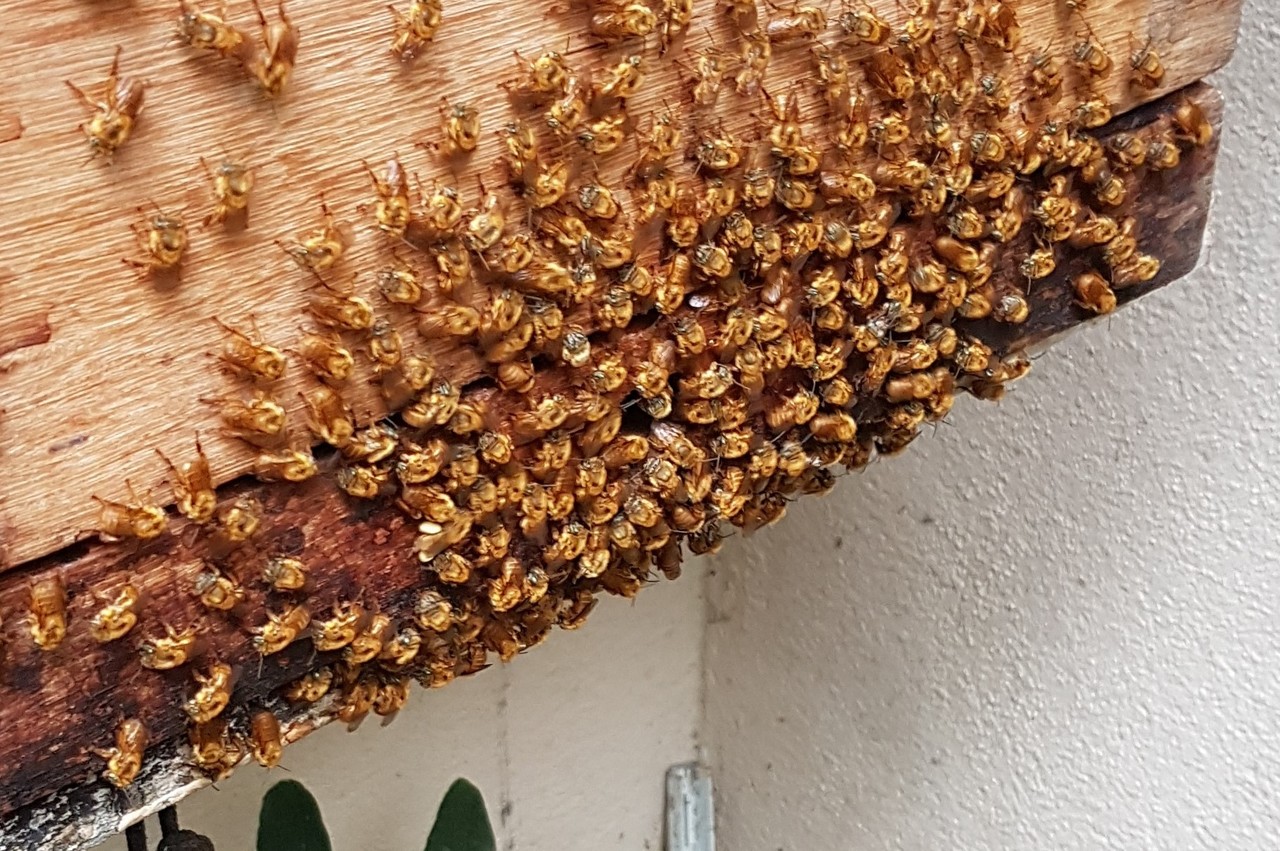