Along the darkness of an empty hall moved an arcane figure, trudging toward a throne illuminated by faint moonlight. It had been a long, tiring day; he had wandered through many lands, learned many things. He reflected about his journey, determined to remember every minute detail. Finally he sat and rested. With a tingle in his spine, he aimed his one eye into the black sky, and hoped to see the familiar faces of his two ravens. Odin always worried that Huginn might never return; and yet he worried more for Muninn.

The character of Odin resonates on our collective imagination because we, humans of Midgard, also passionately strive for wisdom. We look up, below and within; wonder why everything is as it is. The search for our origins has taken us on labyrinthic paths, though recent decades uncovered an ascending trail leading onto a wondrous age of exploration. We have discovered a mind-bogglingly diverse biosphere and devised new approaches through which to trace our ancestry. Among the major transitions in our evolutionary past, the origins of our own current cellular architecture remain mysterious.

Eukaryotic cells such as ours evolved through a ‘symbiogenetic’ (symbiosis-based) merger of at least two separate lineages, one of which related to the Alphaproteobacteria, and a second that related to the Archaea domain. In the summer of 2010 a microbial survey of marine sediments taken from the Arctic Mid-Ocean Ridge, near a field of active hydrothermal vents called Loki’s castle, allowed researchers to obtain genomic sequences from a new, fascinating archaeal lineage: the Lokiarchaea1. This group displayed a close relationship with eukaryotes in evolutionary analyses. Short before the publication of these results, another campaign sampled hot springs from the Lower Culex Basin in Yellowstone National Park, which contained a relative of Lokiarchaea named, in thematic fashion, Odinarchaea2. More recently, we proposed naming this organism Candidatus Odinarchaeum yellowstonii3.

This archaeal group comprising Loki- and Odinarchaea, the Asgard archaea, has been subject to a myriad of studies that delved into multiple aspects of their biology. Currently, over 200 Asgard archaeal draft genomes exist in public databases. Most of these originate from metagenomic data, and are, expectedly, highly fractionated (with a median of more than 250 contigs per genome). For that reason, at the laboratory of Thijs Ettema at Uppsala University, we (Thijs, Eva Cáceres, Laura Eme and myself) decided to pursue efforts to close Asgard archaeal genomes. The genome of the Yellowstone Odinarchaeon was a prime candidate for further efforts, as it was estimated to be mostly complete and formed by only 9 contigs.

Bravely undertaking a new project during her PhD at Uppsala University, Eva F. Cáceres attempted different assembly strategies for the Ca. Odinarchaeum genome, which showed promising trends. The arrival of 2019 brought the move of the Ettema lab from Sweden to the Netherlands, at the University of Wageningen, on which I will be forever grateful that Eva and I embarked together. During the following months, while Eva focused on finishing her thesis, we jumped on new assembly adventures. Through careful inspection of the resulting sequences, it seemed possible that merely two contigs truly represented the Ca. Odinarchaeum chromosome. Yet, they appeared to be bound via two ca. 5-10 kb-long repetitive sequences that continuously pushed assembly software to slip and fall. We thus decided to try and obtain long reads spanning the problematic sequences. Alas, the source DNA we kept in-house had gone stale, but we were extremely fortunate to hold strong links with Nicholas P. Robinson, in Lancaster University. Nick had some valuable, amplified Lower Culex Basin DNA at hand, and he enthusiastically attempted, achieved and optimized the PCR amplification of the two remaining gaps in the Ca. Odinarchaeum chromosome. Reindert Nijland, at Wageningen University, subsequently performed sequencing using Nanopore technology, and successfully generated the precious long reads that finally allowed us to close the Ca. Odinarchaeum chromosome.

The new assembly included the long-awaited sequences that resolved the remaining gaps. These were composed by CRISPR (Clustered Regularly Interspaced Short Palindromic Repeats) arrays which, like a colourful centipede, followed a repetitive structure of over a hundred pieces interposed between an equal number of distinct short sequences called ‘spacers’. CRISPR spacers are sequences that microbes integrate in their genome, fallen pieces of historical battles against mobile elements likely to create havoc if encountered again. Thus, spacers resemble these extraneous actors, and can be used to identify them, both by the microbe who holds them –as an adaptive immune system–, and by a curious observer –as a catalog of past infections–. Through bioinformatic searches, we found a few such foreign elements, some of which were clear Ca. Odinarchaeum viruses.

It might be worth remembering that Asgard archaea have not been known for long, and much of their ecology, physiology and general lifestyle is still unknown. Particularly, their interaction networks are intricate puzzles formed by pieces of which we know next to nothing. Moreover, viruses are extremely abundant in the environment, and have tremendous impact on the physiology and evolution of their hosts. To our knowledge, these were the first Asgard archaeal viruses that had been observed.

Approximately at this point in the story, yet another virus made a striking appearance, and while it only infected a specific group of eukaryotic relatives of Asgard archaea, it did pose considerable difficulties to our research. On the bright side, we were fortunate enough to face this coronavirus pandemic at a moment by which all the necessary data was collected. Moreover, we were also lucky to count with the collaboration by Mart Krupovic, at the Pasteur Institute, who was invaluable at making sense out of the viral sequences.

Two complete viral genomes had clear ties to Ca. Odinarchaeum, and we named them after Odin’s ravens: Huginn and Muninn. Like their namesakes, these viruses travel the world and return to their host, perhaps bringing information about faraway lands. These two viruses contained capsid protein genes that are typical of tailless icosahedral and spindle-shaped viruses, respectively. Both groups include other archaeal viruses and have been known to infect a variety of prokaryotic hosts.

In parallel, other laboratories have also found distinct viral families that infect diverse Asgard archaeal hosts4-6. Finding viruses that infect Asgard archaea adds a new layer of knowledge on our closest prokaryotic relatives. It is possible that these CRISPR-related searches do not recover a full picture of the diversity of viruses infecting these organisms, and future analyses will better assess whether the Asgard archaeal virosphere remains typically archaeal or is also populated by viruses that bridge the boundaries between archaea and eukaryotes. Node by node, the ecological networks of Asgard archaea are being revealed. Successive, unceasing secrets such as those brought to Odin by his ravens. 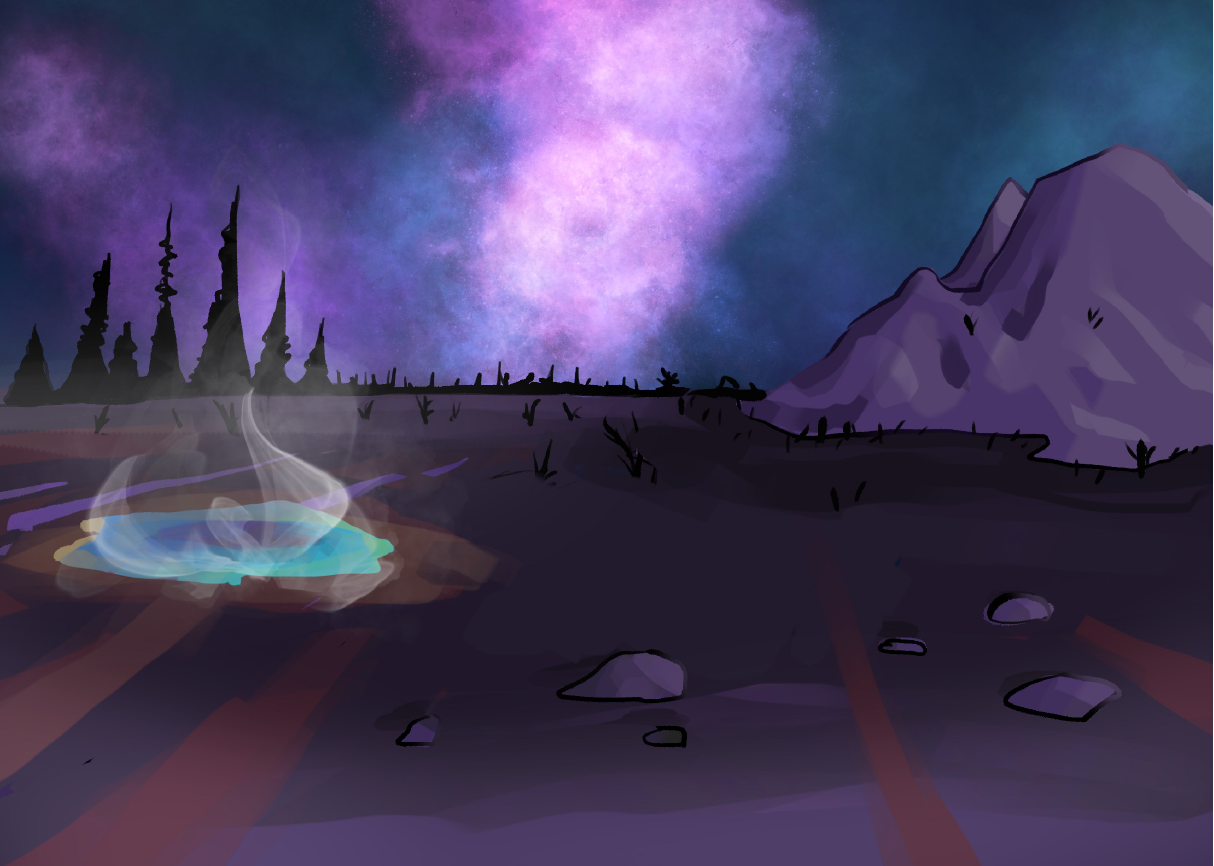