Life is a challenge for an herbivore: many plant tissues are nitrogen-poor, scarce in essential nutrients and rich in fastidious polymers and toxins. A group of aquatic beetles, however, have bacterial helpers that aid both larval and adult nutrition in two different ways.

One of the big success stories in insects is the evolutionary invention of holometabolous development, that is the complete reorganization of the body from larva to adult in the process called metamorphosis. This was such a breakthrough that about 80% of the millions of insect species belong to the four megadiverse holometabolous orders (beetles, butterflies, flies, bees/wasps/ants). One of the main reasons for this success is very likely the ability to live in different environments and eat different foods as larvae and adults, and in doing so reducing competition. This also brings along a big problem, though: Eating different diets means that you need to sequentially cope with multiple challenges. The good news for insects is that – by and large – they get a lot of help from microbial partners. But only in a single feeding context for any given symbiosis, from all we knew.

Reed beetles are a special group of beetles: not only are they shiny and colorful, but they also live a semi-aquatic lifestyle. The larvae suck their host plant’s root sap under water, while the adults munch the leaves above the water surface. That these beetles host symbiotic microbes has already been known since the 1920ies, but it remained enigmatic what exactly the symbionts do. However, Gregor Kölsch had already established host and symbiont phylogenies and also experimentally removed the symbionts, with the result that the larvae often failed to produce a proper cocoon. When I talked to him about this symbiosis a few years ago, it turned out that he had dropped out of science (or so he thought) and taken on a real job as a teacher. But Gregor still had sequencing data of a particularly rare beetle’s symbiont lying around, which he was happy to share with me. Some assemblies and an annotation later it turned out that the symbionts have a strongly reduced genome. This is nothing that would knock an insect symbiosis researcher off his or her chair. More surprisingly, though, was that – despite its small size – the genome contains a complete riboflavin and most of the essential amino acid biosynthesis pathways as well as two genes encoding pectin-degrading enzymes. Could the symbionts both enhance the plant sap-based diet in the young and help the adults digest the leaves? While known individually for insect symbionts, seeing these functions encoded together was very unusual and exciting. We quickly sequenced the symbiont genome of a second beetle species, finding similar amino acid and vitamin pathways but – alas – no pectinases. 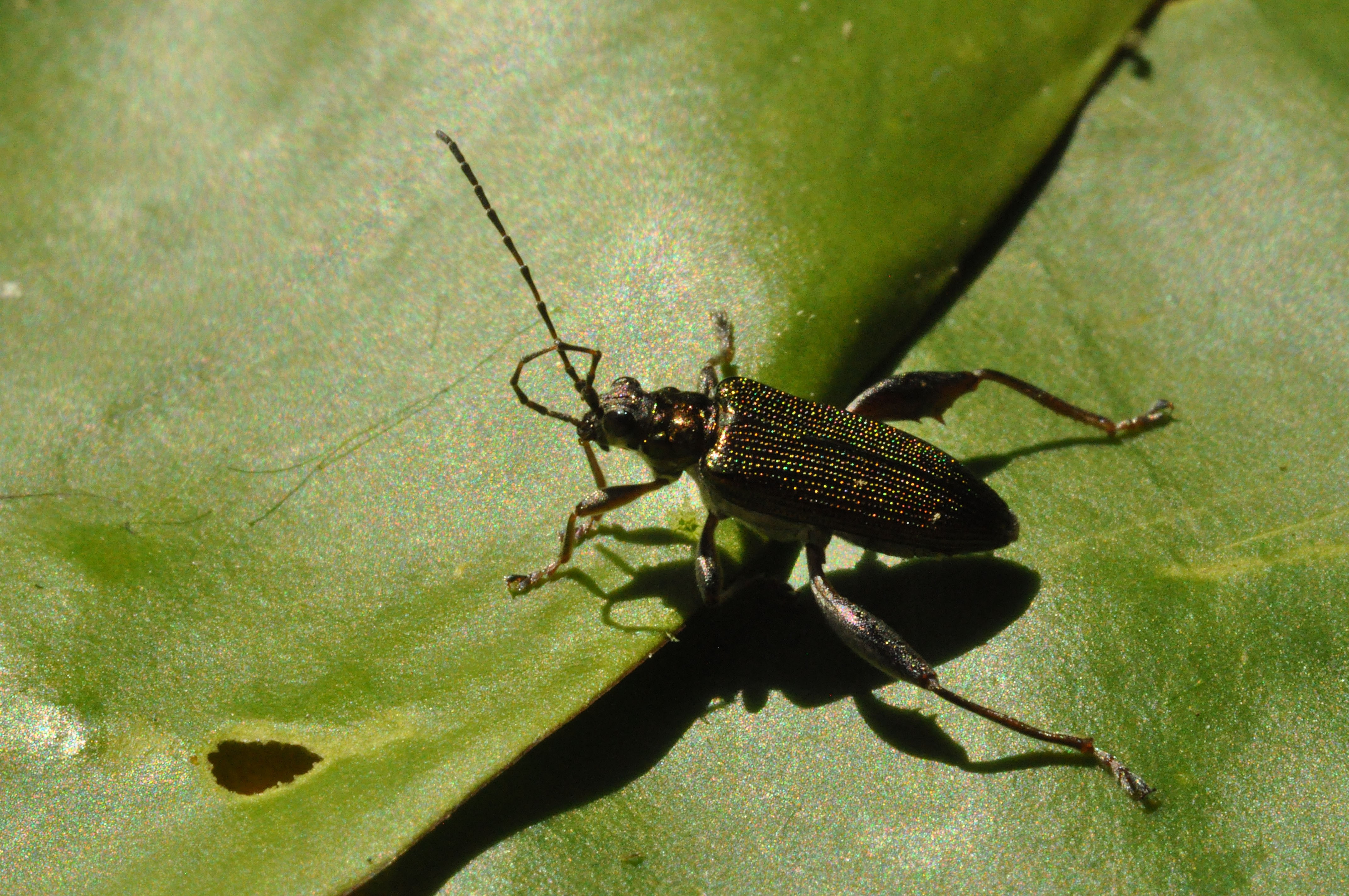 A male water lily beetle (Donacia crassipes) cleaning its antennae, apparently unaware of the entomologist lurking in the shallow waters, waiting for a chance to reap yet another symbiont genome.

Along came Frank Reis, who volunteered to become the most expensive master student I have had so far, sequencing the symbiont genomes of an additional 24 beetle species, after a semi-aquatic phase of beetle hunting. The results showed an interesting pattern of multiple independent losses of the two pectinase genes when mapped onto the beetles’ phylogeny. The most exciting moment was when we realized that these losses correspond perfectly to changes in the beetles’ feeding preferences to grasses, sedges, and their relatives.  These are well-known for the low pectin content in their cell walls, which apparently makes pectinolytic enzymes obsolete. Roy Kirsch and Yannick Pauchet, both experts on plant cell wall degrading enzymes in beetles, corroborated the findings by demonstrating pectinolytic activity of the symbionts’ predicted pectinases and showing that – as opposed to most other leaf beetles – the reed beetles do not encode such enzymes in their own genomes. 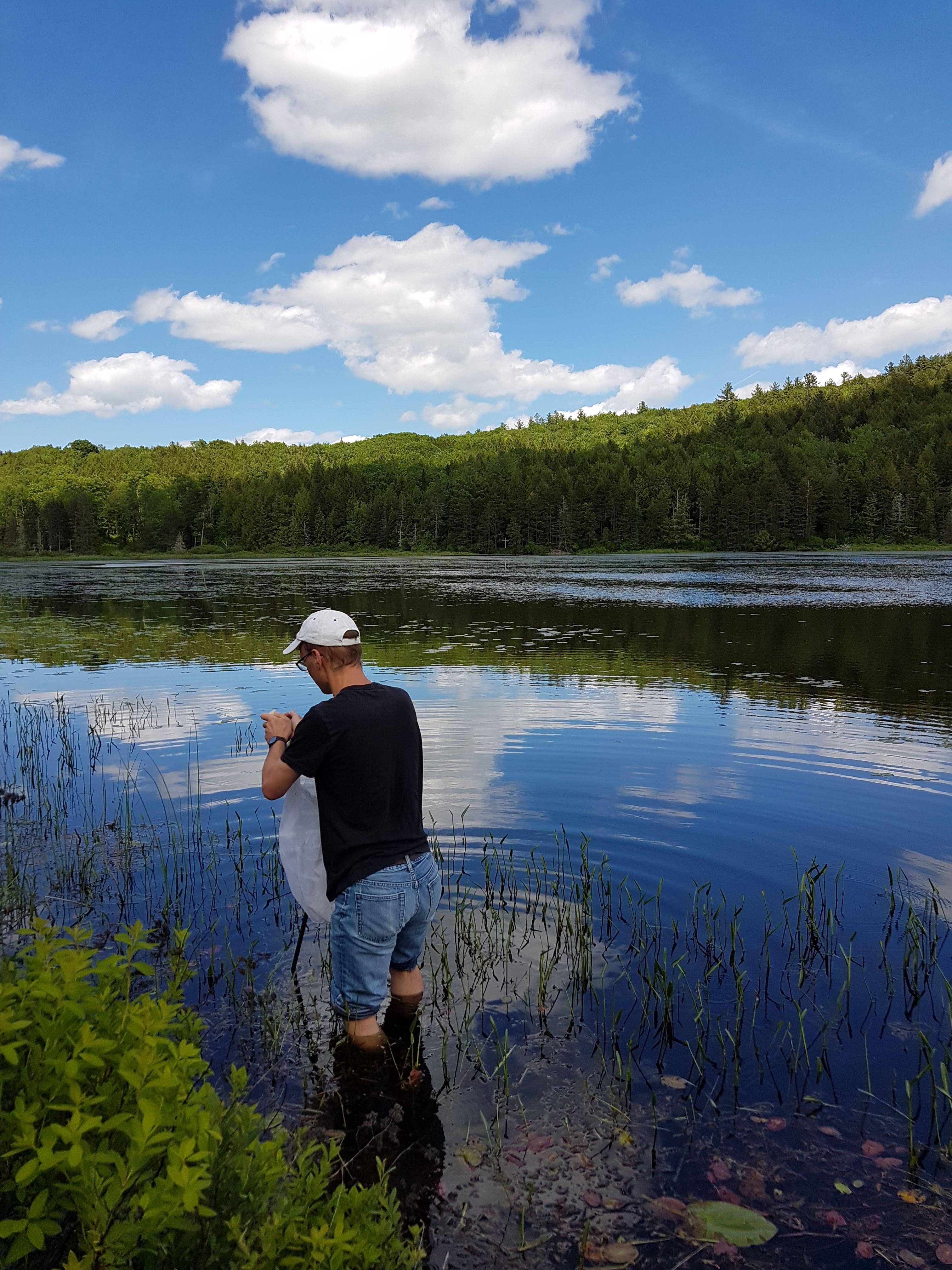 Collecting reed beetles can be lots of fun, if you don't mind getting your feet wet. Picture kindly provided by Annika Guse.

So the shiny reed beetles tell us an intriguing story of symbiotic bacteria that provide two distinct kinds of benefits – nutrient provisioning and digestive enzymes – that very likely play a role in two different life stages of the beetles: While the sap-sucking larvae benefit from amino acid and vitamin supplementation, the foliage-feeding adults are in need of pectinolytic enzymes that help to make the carbon and energy in the plant cell walls accessible, but only in the species that feed on pectin-rich plants. After switching diets to pectin-poor plants, however, genome erosion in the symbionts repeatedly involved the loss of the pectinases, preventing the beetles from changing back to pectin-rich host plants. That such a reversal in feeding preferences indeed cannot be observed in the beetles’ phylogeny confirms that symbiosis can not only expand but also constrain the ecological niche space and adaptive potential of the host. 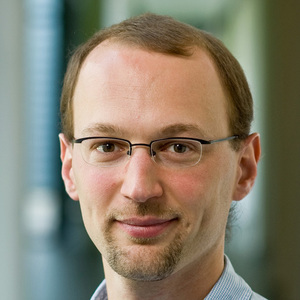