+1
Rodolfo García-Contreras and 1 other View all
Associated Professor, UNAM
Follow 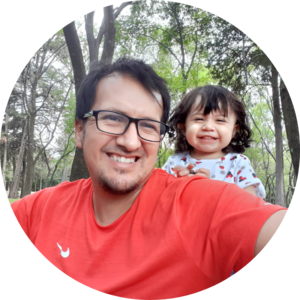 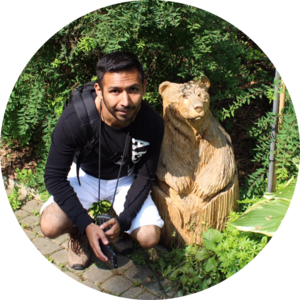 All cooperative behaviours are susceptible to exploitation by social cheaters who benefit from cooperation but do not contribute. In bacteria, this is a well-established phenomenon influencing the dynamics and evolution of microbial communities. The balance between cooperation and cheating, and the mechanisms providing equilibrium in bacterial populations, have been extensively studied using the opportunistic pathogen Pseudomonas aeruginosa as a model. In particular, researchers have investigated how virulence factors such as siderophores (e.g. pyoverdine) and exoproteases become susceptible to exploitation by cheater individuals emerging in the population. Cheaters do not produce these virulence factors but benefit from the ones made by their neighbours. Hence, over time, cheaters tend to overexploit cooperators, causing the entire population’s collapse on what is known as “the tragedy of the commons”. Researchers have proposed using cheaters to drive pathogenic bacteria populations’ collapse to fight infections in light of this adverse effect.

Initially developed by four undergraduate students, our study began by exploring how frequently individuals unable to produce pyoverdine (i.e. pyoverdine cheaters) arise in the population and cause its collapse. Assessing this phenomenon requires a condition that promotes pyoverdine production; therefore, the experiment consists of continuous subcultivation in a medium where iron, the pyoverdine target, has been depleted. Following numerous studies, we induced iron limitation by adding transferrin to the medium. This protein, synthesised by various vertebrates, including humans, binds iron tightly, reducing its availability in the medium. As expected, pyoverdine cheaters appeared and were selected after a few culture passages in this iron-limited medium.

One day we ran out of plates of the iron-limited medium in the middle of an experiment. With the students in a rush and no plates available to screen siderophore production, we decided to pass the strains onto the only plates we had, caseinate plates, to keep bacteria growing while preparing the iron-limited medium. The following day, a surprising observation that would become the core of our study was waiting for us. Caseinate plates are typically used to test the production of exoproteases, enzymes commonly produced by P. aeruginosa in a cooperative manner. By growing the pyoverdine cheaters in our “emergency” plates, we have inadvertently revealed that these individuals could not produce exoproteases either. Naturally, this unusual observation raised several questions: Is the loss of pyoverdine and exoprotease production triggered by the same factor? What is that factor? What are the molecular mechanisms driving the loss of these exoproducts? How frequently this class of cheaters emerge? What is their impact on the population?

Since iron-limitation had been the primary source of stress for the pyoverdine cheaters during cultivation, we hypothesised it was linked to the loss of exoproteases production as well. In particular, the agent we used to deplete iron in the medium, transferrin. After thorough and systematic characterisation of the phenomenon, we confirmed that transferrin was the factor triggering the simultaneous loss of pyoverdine and exoproteases production. Using a resing to deplete iron prevented the emergence of exoprotease non-producers, whilst adding transferrin to different media promoted their occurrence. We found that the explanation for this link lies in the protein nature of the iron-limiting factor, transferrin, and the diversity of strategies that P. aeruginosa can use to acquire iron. Not only this pathogen can use siderophores to uptake iron from the medium, but it can promote its acquisition by degrading the transferrin via exoproteases, in a clear example of outstanding bacterial adaptability.

Not what you were expecting

The link between transferrin and iron acquisition explained the emergence of pyoverdine and exoproteases cheaters: since P. aeruginosa uses both pyoverdine and exoproteases to obtain iron, non-producers eventually arise in the population to cheat the cooperative production of both factors. With further characterization, we discovered that these double cheaters are common, and they can impact the population by overtaking the producers. Our attempts to identify the genetic determinants of the cheaters, however, proven to be especially challenging.

Other researchers have reported punctual mutations in different genes leading to pyoverdine or exoproteases production. Whilst we identified single nucleotide polymorphisms (SNPs) linked to pyoverdine loss, we could not find SNPs associated with exoprotease loss. Such observation led us to inspect genes involved in exoprotease production, finding that some seemed to be absent in the genomes of our cheaters. Our exploration of the genome structure allowed us to reveal that large genome deletions rather than SNPs drove exoprotease loss, highlighting the flexibility of the P. aeruginosa genome.

The evolution of large genome deletions driving cheating behaviour was remarkable, but its potential implications were particularly interesting. The extent of the deletion affected several genes and included key genetic elements for cell-cell communication, presumably impacting multiple bacterial behaviours. We showed that this is likely the case as cheaters with deletions lost swimming motility, which was an unintended effect in these experiments.

Together, our findings underscore the impact that experimental conditions have on the subject of study, which could lead to unforeseen consequences influencing our interpretation of the research outcome. We also show that looking beyond SNPs and expanding to structural variation can uncover key aspects of the bacterial genome evolution and its behavioural implications. This finding is significant because most experimental evolution studies focused on detecting small variants and overlook structural changes in the genome. In our study, exploring such structural changes led to the discovery of genome variation leading to the loss of important traits that would remain hidden otherwise. It is clear that a broad arrange of cheaters arise in our experimental conditions, and further studies to reveal the genetic determinants of such behaviour and its impact on the population are needed. Likewise, it is important to explore alternatives to the use of transferrin to study siderophore cheating. Although we proposed an alternative, the collateral impact of the conditions imposed by the suggested iron-limiting factor remains to be investigated.