Within nature, examples of order creating colour (sometimes so called ‘structural colour’ or SC) is widespread. For bacteria this manifests as dramatic, highly angle-dependent, vividly coloured colonies when illuminated. What would the benefits be?!
Colin John Ingham
CEO, Hoekmine BV
Follow
Like Liked by Ben Johnson and 1 other
3

Newton and Hooke were thinking about structural colour in the 17th Century when they asked how the feathers of the peacock could generate such bright colours and yet lack blue or green pigments. Structural colour, here considered in bacteria, raises questions about optical mechanism, biological function and the evolution of colour. Gliding cells of IR1 self-align on surfaces into regimented colonies to create a 2D photonic crystal (2DPC).  It is a pleasure to work on structural colour in the Flavobacteria – they are simple to grow, there are genetic tools and the colour is dynamic and beautiful. But also, the colour is revealing. You can look at a colony by eye and instantly have an idea of how the cells are ordered by how they interact with light. This is a great set up – chance discoveries swiftly follow.

Thought 1: Certain types of order can produce striking optical materials. Thought 2: Bacteria can collectively achieve tasks that would defeat a disorganised group of cells. These ideas, one imported from many conversations with our optical physics collaborators and the second mainstream microbiology collided and informed this work which started with a simple: “You know, that is a really odd bacterial colony – I wonder why it is so brightly coloured…?”. This was strain Flavobacterium IR1.

Why would Flavobacteria order themselves, when there appears to be a significant investment in creating such densely packed, precisely aligned colonies…? We guessed this had to do with competition between different strains of bacteria – thinking by analogy of how cohesive ancient armies tended to win over disorganized foes. However, we made a classic error – this work was initially done on agar plates that were too rich in nutrients.  Subsequent coculturing on low nutrient agar was the key, when starved our pretty IR1 turned nasty – it appeared to be eating the adjacent colony of another species. IR1 proved a rather indiscriminate predator of other bacteria. Cells of IR1 in a highly ordered state seemed to be a perquisite of predation. IR1 was in turn predated by another bacterium we isolated, but the cell order behind the 2DPC offered no defense.

We feel this work is just the first hint at what exceptionally highly ordered bacteria can achieve. Structural colour is widespread within bacteria (just add black ink to your plates for contrast and shine a bright light on your screening plates to find examples) and it is likely that there are many undiscovered advantages for cell ordering – and we haven’t given up hope there are roles within the bacteria for the 2DPC that directly involve manipulating light and if the last idea works out the whole thing isn’t just a beautiful accident.

The prospects for photonic engineering within microbiology are irresistible. Synthetic dyes (molecular colour) are effective but poorly sustainable. Let’s build vibrant new colours out of bacteria with zero carbon footprint!

Colin John Ingham
over 2 years ago

Oded Béjà
over 2 years ago

link to the paper??

Colin John Ingham
over 2 years ago 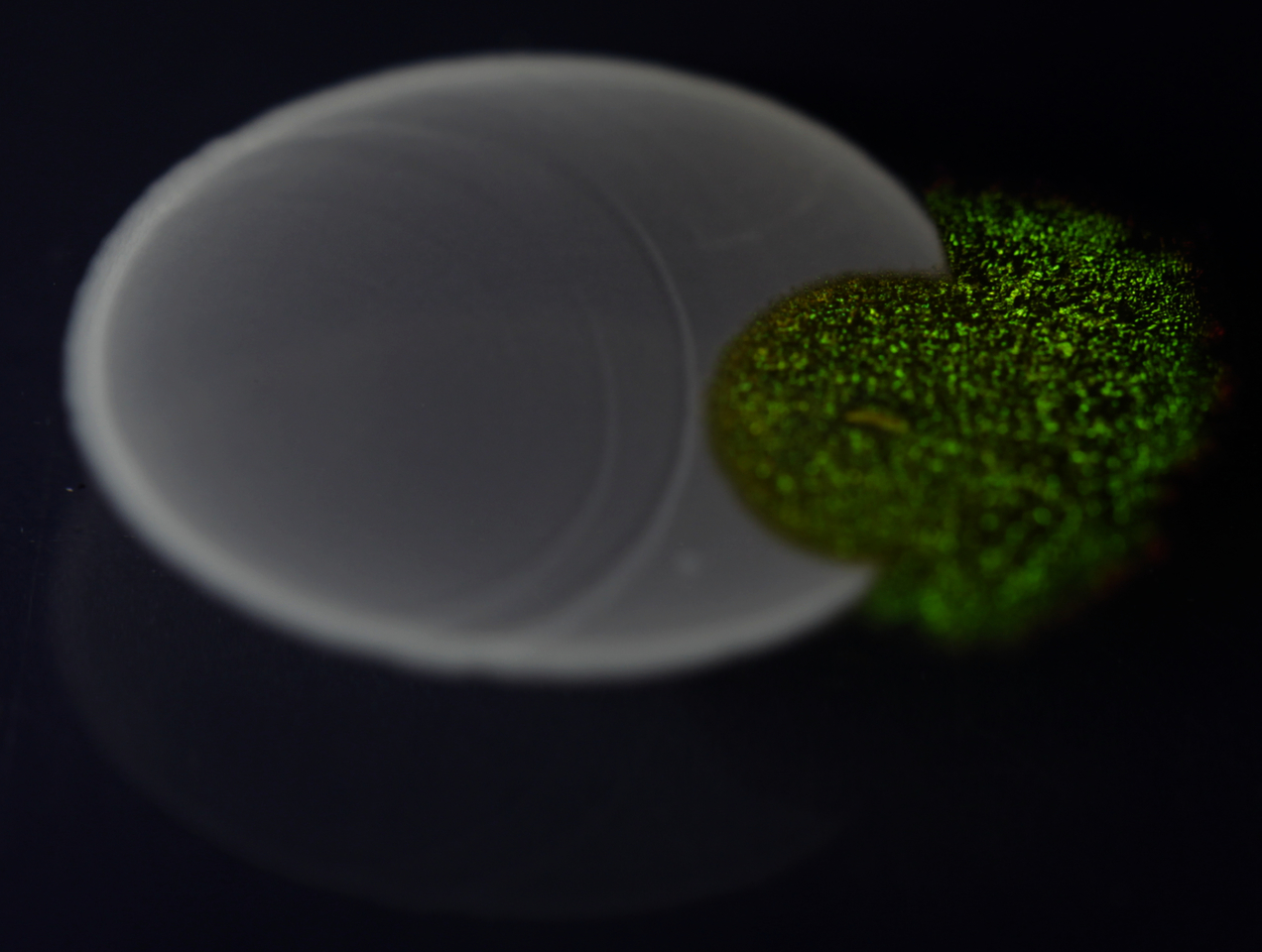 Within nature, examples of order creating colour (sometimes so called ‘structural colour’ or SC) is widespread. For bacteria this manifests as dramatic, highly angle-dependent, vividly coloured colonies when illuminated. What would the benefits be?!