Striving to persist: predicting the fate of plasmids in complex communities

Perhaps one of the most remarkable moments in the history of medicine was when the Scottish scientist Alexander Fleming discovered penicillin in 1928. During World War II, penicillin was mass-produced and saved millions of lives. However, shortly after World War II, the first case of bacterial resistance to penicillin was reported. From 1950 to 1960, a decade usually called “the golden age of antibiotic discovery”, more and more incidences of multi-drug resistance occurred. In the year of 1960, 15 years after Alexander Fleming won the Nobel Prize, a group of Japanese investigators found that multiple drug resistance could be transferred across bacterial species. More strikingly, they discovered some extrachromosomal elements, now known as plasmids, mediated this transfer. The obvious health significance of bacterial plasmids begs the question: what is the criterion for a plasmid to persist in a microbial community?

As the knowledge of plasmids and microbial communities accumulates, the importance of understanding plasmid persistence has become more recognized nowadays than it was half a century ago. Plasmids encode not only the drug resistance, but also the pathogenic virulence and a large number of metabolic capacities. The interplay between plasmids and chromosomes mediate the survival and evolution of bacterial populations. In microbiome engineering, plasmids have shown promise as tools to manipulate the functionality of complex populations. Studying plasmid persistence in microbial communities is critical for developing a quantitative understanding of natural microbial communities and guiding the engineering of microbial consortia.

The ability of a plasmid to survive in a bacterial population depends on a wide range of variables, such as how fast the plasmid is shared, the fitness cost of the plasmid, the growth rate of the population and much more. In 1977, Frank Stewart and Bruce Levin addressed this problem from a mathematical standpoint. They focused on the single-plasmid dynamics in a clonal population and derived a theoretical criterion for the plasmid persistence. Their work turned out to be groundbreaking and has been widely applied by the successors. 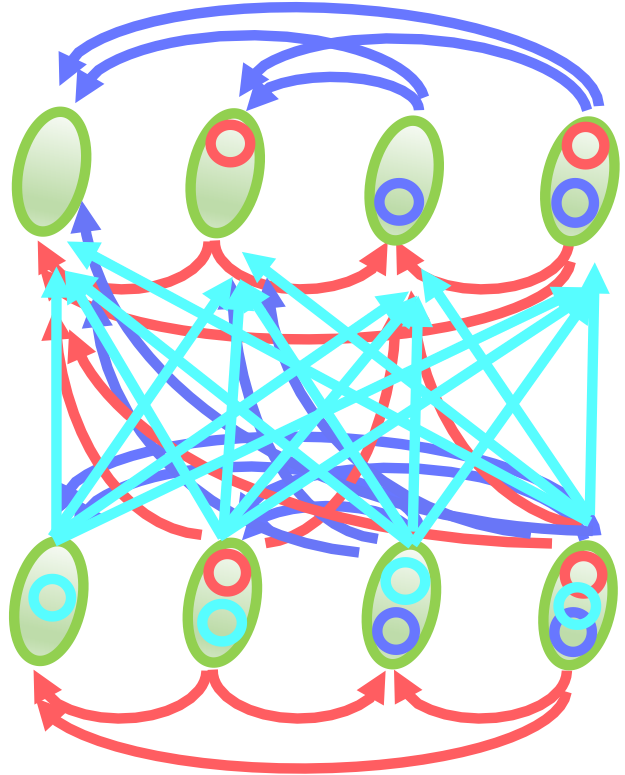 However, in natural environments, microbes live in complex communities, where thousands of species coexist, and tens of thousands of genes are transferred horizontally. The plasmid persistence conditions in such complex communities remain unknown. The computational cost of the conventional framework increases exponentially with the plasmid number, making it infeasible to model plasmid mobility in complex communities using the conventional modeling framework. For instance, to model a population transferring three plasmids, we had to use a computer program to generate all the equations, otherwise the number of terms in each equation would become too confusing. To model a single bottle of seawater which contains 160 bacterial species transferring 180 different plasmids, using the conventional framework would far exceed the collective computing power of the entire world. 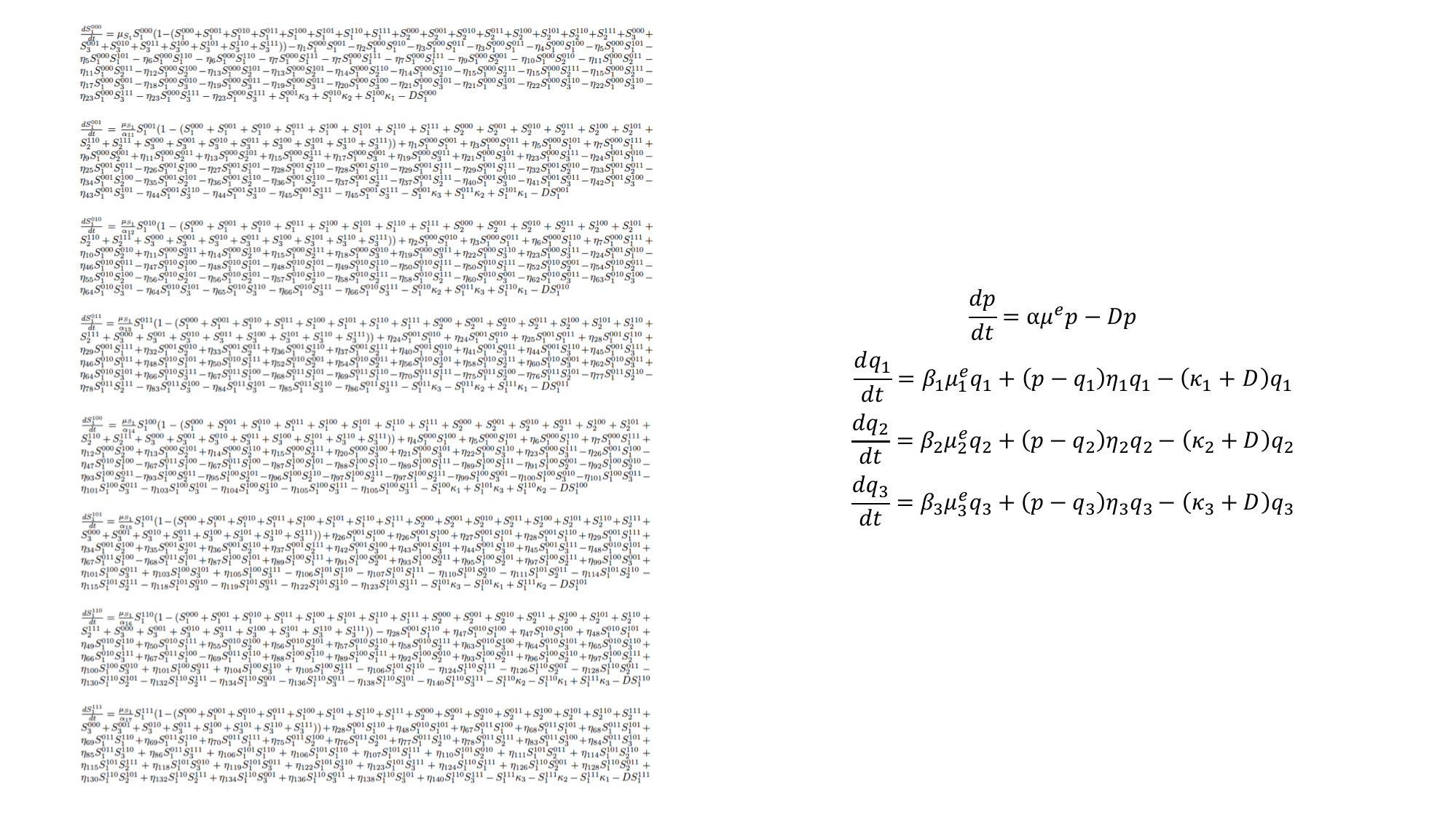 Fig.2 the equations of the traditional (left) and the new (right) framework to describe the community dynamics of one species transferring three plasmids.

In this work, we have developed a new framework that drastically reduces the complexity of the model. In the traditional framework, the population is divided into multiple subpopulations based on which plasmids they carried. In the new method, we combine the subpopulations into an average one. As a consequence, our method requires substantially fewer variables and terms. In fact, the computational complexity increases linearly rather than exponentially in our model. Even though our model is simplified, it is reasonably accurate, as long as the fitness costs of the plasmids is small or moderate.

The new framework also enables us to establish a single criterion to predict plasmid persistence and abundance in a given population. The criterion, termed “persistence potential”, is based on five important variables: the fitness costs of plasmids, the plasmid loss rate, the transfer efficiency, the population growth rate and the systemic dilution rate. A plasmid will likely survive if the persistence potential is larger than 1.

We tested the persistence potential with engineered communities. Each community was composed of different E. colistrains and transfer one mobilizable plasmid. We monitored the population dynamics for two weeks and found that the persistence potential predicted the plasmid abundance with good accuracy. We also took data from 13 published works. The results supported our prediction.

The metric developed in this work can help the future efforts to control and exploit horizontal gene transfer dynamics in microbial communities. For instance, our results predict the key factors that potentially affect the ability of the gut to sustain plasmids and change the contents of mobile genetic elements in gut microbiome. This notion gives guidance on reversing antibiotic resistance in complete microbial communities. Plasmids are potentially powerful tools to manipulate the functions of microbiota. Our results provide key insights into engineering the functionality of microbiome by controlling the genetic flow.