A community from Nature Microbiology
Contributor
After the Paper

After working with bacterial biofilms as model to understand the evolution of enzymes in complex environments, it was hard to go back to domesticated bacteria. In my new lab we will continue to bridge between biofilms' biology and evolutionary biochemistry.

In April 2019, we published in Nature Microbiology my favourite part of the six amazing years I spent as a postdoctoral fellow in Dan Tawfik’s lab (Weizmann Institute of Science, Israel). The project was designed in 2013, aiming at contributing to a fundamental field in biology: evolutionary biochemistry.

Evolutionary biochemistry is, broadly-speaking, a multi-disciplinary field. The goal is to understand how changes in the DNA sequence (mutations), affect enzyme function, and in turn, organismal survival within a population. Due to their fast duplication times and technical advantages, bacteria are typically the most common organism used in the field. So, an evolutionary biochemist is a combination of a geneticist, ecologist, microbiologist and biochemist. I personally have always been inclined towards the biochemist side. I like observing how the biochemical properties of enzymes, such as binding affinities or catalytic turnovers correlate with bacterial survival. So, both my graduate and postdoctoral studies were spent in evolutionary biochemistry laboratories, where proteins are at the centre of attention.

In evolutionary biochemistry, however, very often, beneficial mutations obtained in laboratory conditions are different from those that are most commonly found in nature, amongst orthologues. At Danny’s laboratory we decided to start testing evolution in biofilms. We hypothesised that perhaps more complex bacterial growth states, albeit still in laboratory-controlled conditions, could better mimic natural selection. Biofilms are one of the most common states of bacteria in nature, and are fundamentally different from bacterial populations in shaking conditions (planktonic). Still, in evolutionary biochemistry, we often measure fitness in the planktonic state, rather than the common and natural state of bacteria, the biofilm.

In our Nature Microbiology paper, we measured the fitness of mutations in biofilm populations, and compared the results to the typical scenario, obtained with the shaking conditions. I will not elaborate on the findings of our paper here, you can also find them in the “behind the paper” blog from this community. I think it will suffice to say that during my postdoc I learned many important scientific and personal lessons. But perhaps one of the most relevant is my evolved fascination for biofilms; and although deep down I am a biochemist, microbiology started gaining a significant place in my scientific interest.

With my new biofilms-centered approach, last July I started my own laboratory in the Department of Plant Pathology and Microbiology, at the Faculty of Agriculture of the Hebrew University of Jerusalem, Israel. Our lab’s main goal is to continue dissecting evolution in biofilms, from a strong biochemistry perspective. Biofilms are not only one of the most common states of bacteria in nature, but are also known to thrive better than planktonic populations in adverse environmental conditions. However, despite the clear adaptability potential of biofilms, we don’t know enough about the evolutionary mechanisms that render new enzymatic functions in these bacterial populations. By combining genomics, biochemistry and biofilm microbiology, our new lab will explore how metabolic functions can evolve in biofilm populations, mediating their high adaptability capacity. We also hope this research will guide future efforts to engineer new metabolic functions in biofilms, which have been granted as potentially better bio-reactors than planktonic populations.

Back to After the Paper
Next 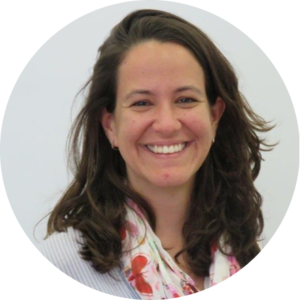