A look below the water surface? It's worth it!

A lot of fascinating biology takes place beneath the water surface. Heterotrophic bacteria that dwell in the vastness of the ocean are true survivors. Given the oligotrophic nature of seawater and the microscopic size of a bacterium, its chances to find sufficient amounts of nutrients in large water bodies are extremely small. In order to survive, bacteria thus often rely on macroscopic primary producers and rapidly occupy surfaces of aquatic plants, such as alga or seagrass by formation of biofilm communities. Not surprisingly, such nutrient-rich ecological niches are highly attractive habitats, in which different species can follow a competitive or cooperative lifestyle, depending on the environmental conditions.

How do the planctomycetes come into play?

We have recently shown that members of the bacterial phylum Planctomycetes can be abundant contributors to marine biofilms, thereby e.g. accounting for up to 80% of the microbial community on leaves of Posidonia seagrass in the Mediterranean Sea (Kohn et al. 2020). Such values, however, are difficult to explain when taking into account that planctomycetes grow considerably slower than many of their bacterial competitors found in the same ecological niche. Hence, other effects than speed of growth alone determine the species composition in marine biofilms. In the recent study published in Communications Biology we get closer to the explanation, how planctomycetes compensate for the deficit in growth speed.

What did we find out?

During characterisation of the novel planctomycete Stieleria maiorica Mal15T, we came across a group of secondary metabolites it produces and were eager to investigate their natural function and bioactivities. In accordance with the name of the novel genus to which the strain belongs, we named the novel compounds stieleriacines. Stieleriacines are the second example of secondary metabolites identified in a planctomycete.

What about the molecular structure of stieleriacines …

Stieleriacines turned out to be conjugates of an amino acid derivative and a fatty acid. In the major compound identified, a derivative of the aromatic amino acid L-tyrosine is ligated to a C12 fatty acid. Stieleriacines thus belong to the class of N-acyl tyrosines, for which the natural function is only barely studied. Based on the genome of S. maiorica, we were able to identify a putative biosynthetic gene cluster allowing us to postulate a biosynthesis pathway for stieleriacines.

… and their natural function?

Stieleriacines turned out to function as chemical signaling molecules that modulate the composition of microbial communities in biofilms. They not only reduced duration of the lag phase of its producer, but also either stimulated or inhibited the biofilm formation capability in a species-dependent manner. Stimulation of growth was e.g. observed for species able to produce compounds with antimicrobial activity, against which S. maiorica is resistant.

Is stieleriacine biosynthesis a common feature among planctomycetes?

Very recently, we have been able to identify structurally related stieleriacines in a close relative of S. maiorica, which constitutes the novel species Stieleria neptunia (Sandargo et al. 2020). Moreover, genes coding for N-acyl amino acid synthases, the key enzyme required for stieleriacine biosynthesis, were found in many strains of the phylum Planctomycetes. They are not necessarily involved in the synthesis of stieleriacines, but of other N-acyl amino acids, possibly with a related function. The conserved genetic organisation of the identified clusters and genes involved in the synthesis of biofilm structural material and exopolysaccharide-associated protein sorting is in line with the assumed role during biofilm shaping.

The example of stieleriacines shows once more that the community composition of a microbial biofilm is the result of complex interactions. Stieleriacines might well be one of several examples how the survival of planctomycetes in biofilms is ensured. Large planctomycetal genomes and numbers of 40-55% encoded proteins with unknown function suggest a lot of interesting biology to be discovered in the future. 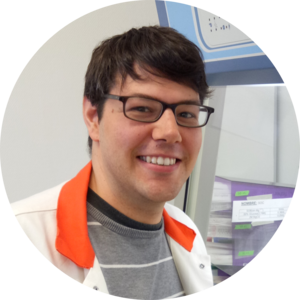