Developing a highly protective malaria vaccine is a global priority given there are >240 million clinical cases of malaria and >600,000 deaths annually, which occur predominantly in young children and in endemic regions of sub-Saharan Africa.
James Beeson
Deputy Director and Research Fellow, Burnet Institute
Follow
Like Liked by Evelina Satkevic and 2 others
0

Background RTS,S is the first malaria vaccine recommended for implementation among young children at risk. However, vaccine efficacy is modest and short-lived. Antibodies play the major role in vaccine-induced immunity, but knowledge on the induction, decay, and determinants of antibody function is…

Currently, RTS,S is the only malaria vaccine that has completed phase III clinical trials in African children, and in October 2021 the WHO recommended widespread use of RTS,S among children in sub-Saharan Africa and other regions with moderate to high P. falciparum malaria transmission.

RTS,S demonstrated only modest efficacy with relatively short longevity. In young children aged 5–17 months, RTS,S vaccine efficacy against clinical malaria was ~50% over 18 months of follow-up. Efficacy waned quickly such that there was little or no significant efficacy after 18 months. When a booster dose was given at 18 months, vaccine efficacy over 3-4 years was 36%. Notably, other vaccine candidates tested in clinical trials have either failed to confer significant protection in target populations of malaria-exposed individuals or have not yet demonstrated higher efficacy or greater durability than RTS,S in young children that is reproducible in multiple trials. So while RTS,S is imperfect, there is no vaccine on the horizon that is markedly superior.

What protective immune responses are induced by RTS,S?

The RTS,S vaccine is based on the circumsporozoite protein (CSP), a major surface-expressed antigen on the sporozoite stage of P. falciparum, and antibodies are the main mediator of vaccine efficacy. However, the mechanisms of action of these antibodies are not fully understood, especially among children. This lack of knowledge impedes progress to improve on RTS,S and constrains the development of more efficacious second-generation vaccines.  Recent studies have demonstrated that antibody interactions with Fc-receptors on immune cells can play important roles in mediating immunity against sporozoites, including opsonic phagocytosis by neutrophils and monocytes and cellular cytotoxicity by NK cells.

We investigated the induction and longevity of functional antibodies in a phase IIb trial of RTS,S among Mozambican children aged 1-5 years old. We found that RTS,S vaccination induced specific IgG with FcγRIIa and FcγRIII binding activity and promoted phagocytosis by neutrophils, THP-1 monocytes, and primary human monocytes, neutrophil respiratory burst activity, and NK cell activation, suggesting these mechanisms could be contributing to vaccine efficacy.

Biostatistical modelling suggested IgG1 and IgG3 contribute in promoting FcγR binding and phagocytosis, and IgG targeting the NANP-repeat and C-terminal regions of CSP were similarly important for functional activities

Responses were highly heterogenous among children, and the magnitude of neutrophil phagocytosis by antibodies was relatively modest, which may reflect modest vaccine efficacy. Interestingly, induction of functional antibodies was lower among children who had experienced higher malaria exposure. The basis for this negative influence is not known, but could reflect impacts of malaria on the innate immune system or CD4+ T-cells, which are important for vaccine responses. This contrasts to what is seen with COVID-19 vaccines where prior infection with SARS-CoV-2 is associated with better vaccine responses.

There is very limited data on the longevity of functional antibodies after vaccination with RTS,S. We found that functional antibodies largely declined within a year post-vaccination, and decay was highest in the first 6 months, consistent with the decline in vaccine efficacy over that time. Decay rates varied for different antibody parameters. Interestingly, decay was slower for neutrophil phagocytosis. This may be because the sensitivity of neutrophil phagocytosis to FcγR engagement by IgG means that there is a lower IgG threshold concentration required for activity, which may partly be explained by the expression of three activating FcγRs (FcγRIIIa, IIIb, and IIa) on the neutrophil surface.

Figure Legend: Serum samples were collected at baseline (month 0, M0), 30 days after the third vaccination (month 3, M3) and later time points (M8.5, M21, M33, M45 and M63). Samples were tested for A FcγRIIa-binding and B FcγRIII-binding to CSP, C opsonic phagocytis by neutrophils  and D antibody-dependent respiratory burst (ADRB) in neutrophils and E opsonic phagocytosis by THP-1 cells. Antibodies were also tested for IgG subclasses to CSP, including F IgG1, G IgG2, H IgG3 and I IgG4. Data from immunologic assays were analysed in generalised linear mixed model (GLMM). The dashed lines represent the predicted means, the shaded area represents the 95% CIs and T1/2 (in months) indicates the estimated half-lives from the generalised linear mixed model. Half-life represents the time for magnitude to reduce by 50% from the M3 time-point.

Achieving high vaccine efficacy and greater longevity of efficacy are key global goals outlined by WHO and funding partners. We established key functional antibody activities induced by RTS,S, and the temporal kinetics of these responses, in young African children, who are the primary target group of the vaccine. Our results provide insights to understand the modest and time-limited efficacy of RTS,S in children. In future studies, analysis of these functional antibodies needs to be extended into the RTS,S phase III trial, including evaluation of responses in different populations, and an analysis of correlations of protection. Findings from this study address knowledge gaps around RTS,S immunity and may contribute to improving RTS,S efficacy and longevity in the future or the development of next-generation vaccines.

Link to the paper:

Link to a related paper - Induction and decay of functional complement-fixing antibodies by the RTS,S malaria vaccine in children, and a negative impact of malaria exposure 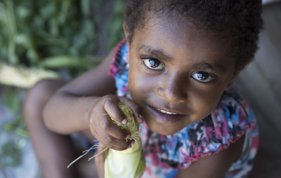 Developing a highly protective malaria vaccine is a global priority given there are >240 million clinical cases of malaria and >600,000 deaths annually, which occur predominantly in young children and in endemic regions of sub-Saharan Africa.