The paper published in Nature Communications can be found here: https://rdcu.be/cmMx1

Organisms often use appendages to interact with their environments, and bacteria are no exception. Many bacterial species encode genes for making dynamic filaments called type IV pili (T4P) that carry out diverse behaviors including surface sensing and attachment, virulence, biofilm formation, and DNA uptake leading to the acquisition of new genes in a process called natural transformation.

T4P undergo dynamic extension and retraction, allowing for repeated environmental probing, and these dynamics are critical for their function in the behaviors they elicit. Despite the importance of these dynamics, very little is known about how they are regulated. To better understand how cells regulate T4P dynamics, we developed a new model for studying T4P in the species Acinetobacter baylyi. Not to be confused with its close pathogenic relative A. baumannii, the environmental isolate A. baylyi is an amazing microbe for study because it is so highly naturally transformable – under standard lab conditions, up to 50% of cells can undergo natural transformation, the highest frequency in any species reported to date. This is largely due to their rare ability to constitutively make T4P that promote DNA uptake, a finding we report here. The high production of T4P in A. baylyi leading to natural transformation provides two significant advantages: 1) a high capacity for genetic manipulation and 2) simple growth conditions allowing for higher throughput study of T4P.

To develop this organism as a new model to study T4P, we took advantage of a pilus labeling method I developed in my graduate work. Beyond letting us watch these bacteria “dance” with their appendages, this tool gives us a way to study pilus dynamic activity in live cells – something that is very useful if you are interested in characterizing the factors that regulate this dynamic activity.

We first sought to identify factors involved in regulating dynamics by exploiting the high capacity of natural transformation in A. baylyi by performing a high-throughput transposon sequencing screen, selecting for mutants that were still capable of natural transformation. As expected, cells possessing mutations in genes predicted to be involved in T4P synthesis and function were lost upon selection for transformants, as T4P are essential for natural transformation. Essential T4P genes we hit in our screen include those encoding motor proteins that drive T4P extension and retraction. Surprisingly, however, one gene that reduced transformation encoded an unknown motor protein that was homologous to the extension motor PilB, but evolutionarily distinct. We named the new motor TfpB, and found that A. baylyi uses both the known extension motor PilB and the new motor TfpB to drive maximal T4P extension. It was previously believed that only a single motor protein powered T4P extension, and these findings turn this dogma on its head. But why should we care whether T4P extension is powered by one motor or two? In eukaryotic systems, cells employ many flavors of the same types of motors to tightly coordinate and control processes related to intracellular transport, motility, and growth. Our findings suggest that bacteria may use similar mechanisms to control important processes carried out by T4P and provide us with an experimental system to better understand why and how this level of regulation is maintained.

From our screen, we also discovered that A. baylyi encodes a small motor protein inhibitor. Homologues of T4P extension motors are found in virtually all sequenced bacteria, and yet few motor inhibitors have ever been described. In our case, we found that A. baylyi encodes a motor inhibitor that specifically inhibits PilB but not TfpB activity. Funny enough, we had discovered this inhibitor back in 2016, but we were unable to identify its mechanism of inhibition until recently when we began to unpack the role of the two extension motors in T4P synthesis. This is the first example of a bacterial species encoding its own motor inhibitor (known examples include T4P-binding phages that use inhibitors to prevent T4P synthesis and thus prevent superinfection), and further exploration is needed to assess how this protein contributes to the regulation of T4P dynamics in natural settings and what benefit it confers to A. baylyi.

This work has expanded our understanding of how bacteria can regulate T4P dynamic activity, and many exciting questions have unfolded as a result. Why do some species possess multiple motor proteins, and others only one? How do cells coordinate motor protein activity, and how do distinct motors interact spatially and temporally with the T4P machinery? How does our motor inhibitor discriminate between the multiple motors found in A. baylyi, and can we exploit this information to develop inhibitors of T4P motors in other species? As we begin to address these questions, we move closer to the development of translational applications where we may be able to hinder or exploit T4P dynamics to control the development of biofilms, thwart infection, and prevent the spread of antibiotic resistance.

Where do antibiotics go within cells? The impact of mycobacterial intracellular lifestyle in tuberculosis chemotherapy 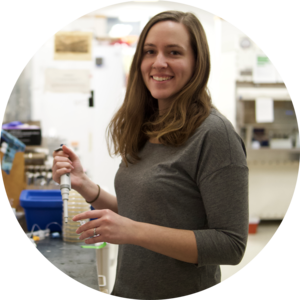