Did you know bacteria can get infected with viruses too? The f1 family of viruses make a secretin pore in the bacterial host cell membrane which allows new viral particles to leave the cell without causing it any damage.

“Scientific research? Wow, what do you work on?” When you tell people that you work on viruses, their reaction is usually positive and interested, especially these days. When you tell them, "no, not that virus", it gets less so. And when you admit that actually your virus infects bacteria and not humans, there is a definite dip further towards the familiar, eye-glazed look of boredom. However, viruses which infect bacteria, also known as bacteriophages or phages, are really interesting microorganisms, and deserve more kudos.

A change of location, and two young children conspired to give me a few years out of the research lab during which time I vaguely kept my hand in by working as a science technician in a secondary school. But I really missed the research, so when I saw a postdoc advertised in Exeter, with Vicki who I knew when we were both working in Bristol, I jumped at the opportunity. Although still in the structural biology field, it meant a change in technique for me from protein crystallography to cryo-electron microscopy. It turns out all fields have their bottlenecks, and the time saved by not having to grow protein crystals seemed to get taken up by freezing reproducible grids instead, but I finally nailed it!

Fast forward three years, and we have just published our work on the structure of the pIV secretin protein from the f1 filamentous phage. These phages are remarkably simple organisms with only 11 genes in their entire genome and, like all viruses, they are reliant on their host cell for many cellular processes. They infect gram-negative bacteria by binding to a receptor on the surface of the bacterial cell, before being internalised. The host cell replicates the phage DNA and produces phage proteins, which are then assembled into new phage particles and secreted from the cell. This assembly and secretion step occurs via a complex consisting of three phage proteins, which span the inner and outer membranes of the host cell. Using this secretion system means that new phage particles can be released from the cell without it needing to be broken apart, and the cell can keep producing more and more phage. In addition to its interesting biology, this virus family is used in many biotechnology and nanotechnology applications. In one of these, phage display, the virus can be engineered to produce different proteins on its surface, which can then be used in a whole raft of applications including vaccine development and screening drug and ligand libraries. Understanding more about the assembly and secretion steps could also be helpful in these applied uses of the phage.

We used single particle cryo-electron microscopy to find out what the phage secretion system in the outer membrane looks like. We grew litres and litres of E. coli bacteria to produce large amounts of the phage protein, which we then purified and froze on microscopy grids. We screened our grids at the GW4 cryo-EM facility in Bristol and collected our final dataset at eBIC at Diamond Light Source, UK. The two-dimensional microscopy images we obtained were processed to give us a three-dimensional shape which we could then model a protein structure into. 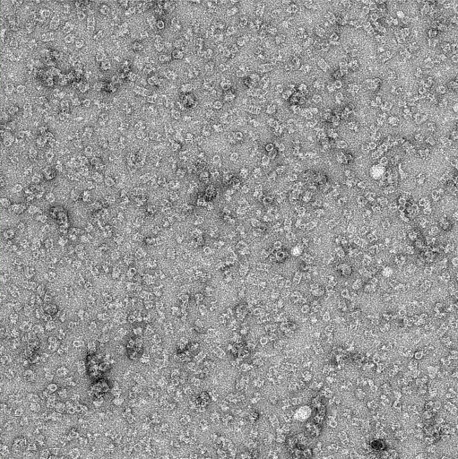 Raw image and 2-dimensional class averages of the pIV secretin from the f1 filamentous bacteriophage.

15 copies of the pIV protein assemble to form a barrel-shaped pore in the outer membrane of the bacterial cell, with a gate at the centre which moves to cause the pore to be either open or closed. Bacteria themselves have a number of secretion systems which allow a variety of substances to be shuttled into and out of the cell, and our phage protein is similar to some of these bacterial systems. We also studied a mutant version of the pore where the gate does not work properly, causing the pore to be left open (“leaky”). Having these open pores dotted around on its surface could render a cell susceptible to compounds that would not usually be able to enter through the outer cell membrane. With this in mind, we compared the susceptibility of bacteria infected with either the original secretin (with the working gate) or the leaky secretin (with the broken gate), to the antibiotic roxithromycin. 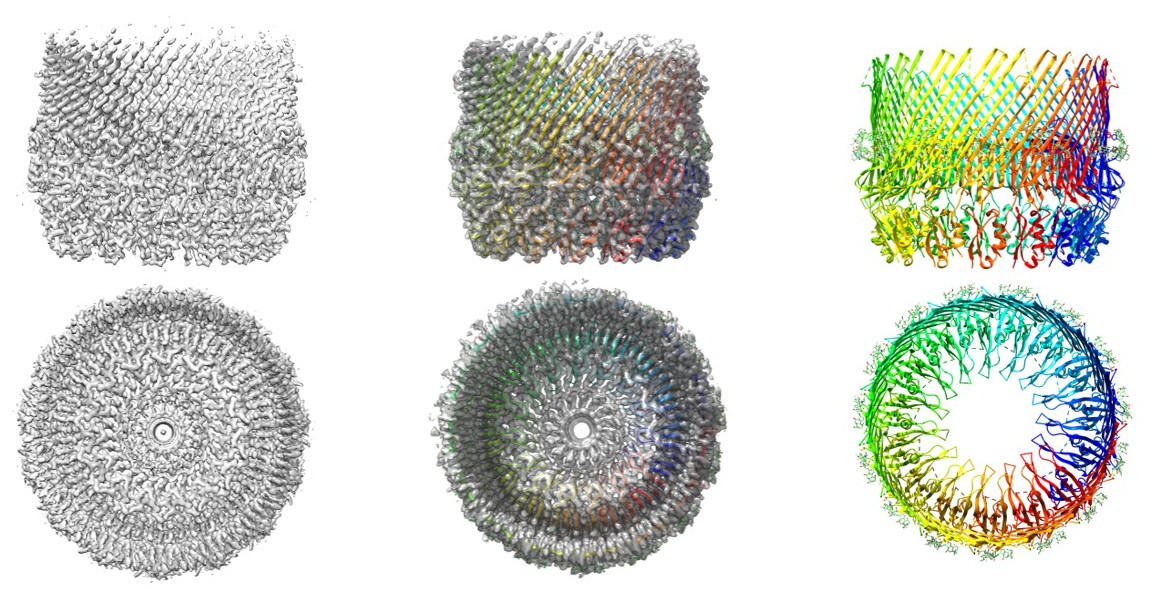 Phage therapy is an umbrella term for the use of phages to treat bacterial infections, and it was the forerunner to antibiotics in the race to find effective antibacterial treatments. With the current increase in resistance to antibiotics, phage therapy is emerging once more as a contender in the antimicrobial field. Although our mutant "leaky" phage protein does not kill bacterial cells itself, could it be administered to make bacteria susceptible to antibiotics which are currently unable to cross the outer membrane of gram-negative cells?

If so, maybe one day we may all be taking more notice of the humble bacteriophage.

Did we just give Mycobacterium tuberculosis a metabolic disease? 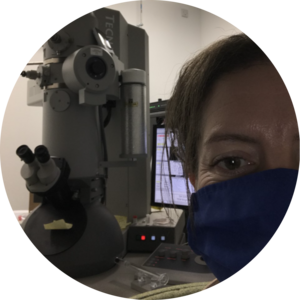 I am interested in the structure of proteins and protein complexes, and in particular where these play a role in disease pathogenesis.

I am currently using Cryo-Electron Microscopy to investigate how filamentous bacteriophages infect bacterial cells, and in particular how virus particles are assembled and then released from the cell.

My background is in protein crystallography, where I have worked on a number of different projects including: