Switchgrass is a deep-rooted perennial native to the US prairies and an attractive feedstock for bioenergy production which may provide a potential mechanism to accumulate soil carbon. However, the impacts of switchgrass establishment on highly eroded marginal lands are poorly understood.

Switchgrass roots grow deep, family connections to the soil grow deeper. My great grandfather, Robert Miller on my mother’s side, was a tenant farmer from Kingston, Oklahoma. He and some of his family made the difficult choice to stay in Oklahoma during the 1930s while the ecological disaster known as The Great American ‘Dust Bowl’ ravaged the central prairies and the southwestern US. A combination of severe drought, dust storms, and years of poor land management and soil cultivation techniques would lead to devastating levels of topsoil erosion. It is estimated that roughly 40 million hectares of land (Worster, 1982; Baumhardt, 2003; Schubert et al., 2004) were affected and that this catastrophe generated many sites that remain ‘marginal’ for agricultural development due to low soil nutrient quality. In fact, it has been estimated that globally up to 133 Pg of carbon (Sanderman et al., 2017) have been lost from the soil due to agricultural land uses. Prompting the need for new land usage methods to try and build back the soil carbon debt that has accumulated over centuries. Luckily, there may be a solution for some of these sites to both replenish the soil carbon stocks and prevent further erosion through the cultivation of deep-rooted perennial grasses.

Unfortunately, I never met my Great Grandfather; he passed long before I got a chance to meet him. I would like to think that he would be proud to know that his legacy of working the soil has persisted. Although now that legacy moves towards helping establish the sustainability of future land management practices in the famous ‘Red Dirt’ of his home state. Yet, the crop we focused on in our study has an entirely different use than crops he would have grown.

Switchgrass is a tall deep-rooted native grass that has garnered a lot of attention over the years for its ability, once established, to yield high above and belowground biomass in nutrient-limiting environments. However, researchers still have a limited understanding of the effect switchgrass cultivation has on these eroded marginal land sites.

To address this, we investigated the belowground chemical and microbiological impacts of switchgrass establishment at two contrasting marginal soil types along with monitoring the consequences of soil greenhouse gas emissions over 17 continuous months. At our sandy-loam site, we saw a 27% increase in topsoil carbon levels, but not at the clay-loam site. Instead, the clay-loam site was marked by higher CO2 production and a reduction of microbial diversity (both alpha and beta). Changes observed in the microbial communities at each site may reflect different survival strategies that switchgrass employs in the recruitment of specific taxa to its rhizosphere based on geochemical differences found between the two sites. Interestingly, total methane consumption was reduced by 39 to 47% for each site with switchgrass, and periods of low methane emissions were observed. Thus, implying that methane fluxes should be accounted for to fully evaluate the sustainability of switchgrass cultivation at these marginal sites. Our results suggest that sandy-loam marginal sites may provide more sustainable benefits during switchgrass establishment. 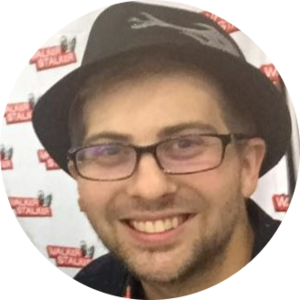 Research Assistant , The University of Oklahoma