Re-thinking the role of filamentation in systemic candidiasis

Filamentation is considered to be an essential virulence trait of the fungus Candida albicans. Here we show that lack of filamentation can be compensated by enhanced proliferation, leading to lethal candidiasis.

Candida albicans is a fungus commonly found on mucosal surfaces of healthy warm-blooded animals, including humans. As an opportunistic pathogen, it can also cause infections, which are usually triggered by immunosuppression and/or by disturbance of the microbiota due to antibiotic treatment facilitating fungal overgrowth. Besides superficial infections such as oral candidiasis and vaginitis, C. albicans can also cause disseminated or systemic infection after translocation across mucosal barriers. Deep-seated and systemic candidiasis is a life-threatening condition that requires antifungal treatment. As only three main classes of antifungals are available for treatment, a lot of research has focused on identifying possible novel therapeutic targets and molecules.

A hallmark of all forms of candidiasis caused by C. albicans is the shift from yeast cell to filamentous growth and the formation of hyphae. Hyphae can penetrate tissue by physical force and additionally express specific factors such as the peptide toxin candidalysin which mediates cell damage. In consequence, mutants which fail to form hyphae have been repeatedly shown to be avirulent or at least attenuated in virulence.

This is also the case for a C. albicans mutant lacking EED1: This mutant can initiate hyphae formation but is unable to maintain filamentous growth. Just like other filament-deficient mutants, its ability to damage epithelial cells in vitro is reduced and it also causes much milder disease in a murine peritonitis model. When we established an infection in mice by injecting this mutant directly into the blood stream to mimic disseminated C. albicans infections in humans, mice unexpectedly succumbed to infection at a similar rate as after infection with the fully filamentous wild type strain. When we got these results, our initial thought was that we made a mistake and had accidentally swapped strains at any stage between growing strains from glycerol stocks and the actual tail vein injection. Colonies isolated from these mice, however, still carried a homozygous EED1 deletion and failed to maintain hyphae formation in vitro. When histology showed only yeast growth in organs of infected mice, we discarded human error as an explanation and decided to investigate this phenomenon in more detail.

For this, we constructed a new mutant strain by deleting one allele and placing the other under the control of a tetracycline regulated promoter – by this approach we could use the same strain with and without doxycycline to test the effect of EED1 deficiency on filamentation and virulence and confirmed the peculiar virulence phenotype.

But why did mice succumb to systemic candidiasis in the absence of filamentation? Our initial hypothesis was that an increased pro-inflammatory host response might compensate for less fungus-mediated damage by increasing immunopathology. However, less pro-inflammatory cytokines were produced by infected animals at early time points when filamentation was inhibited. In addition, when mice were rendered immunosuppressed by depletion of neutrophils and monocytes, although delayed, the mutant still led to high mortality rates. Instead, we observed increased fungal proliferation leading to more than 100-fold increased organ fungal burden. This could be a consequence of either reduced immune recognition – and less killing by immune cells – or a better usage of the nutrients available in vivo. Both turned out to be involved: While immune cells recognize the mutant as well as the wild type, macrophages produce less pro-inflammatory cytokines in response to EED1-deficient yeast cells, and this in turn delays the recruitment of effector cells, such as neutrophils. And while the EED1 deletion mutant grows less dense in glucose-rich media, it grows faster and to higher densities than the wild type with alternative carbon sources, such as citrate, amino acids and N-acetyl-glucosamine that are more abundant in vivo. Thereby, the initial delay in immune cell recruitment allows the mutant to massively proliferate based on its better metabolic adaptation, and the high number of yeast cells triggers immunopathology at later stages of infection, contributing to tissue damage. We do not yet understand the mechanisms promoting enhanced growth; transcriptional profiling provided some hints, but we’ll include proteomic approaches to elucidate posttranscriptional regulation which is known to be important in regulation of metabolism.

This work would not have been possible without all our colleagues that spent long days and nights together with us to maximize the read outs during mice experiments. In addition, we are grateful for the contributions of our collaboration partners. At some stages we had some doubts whether all our efforts would ever provide an insight into how this specific mutant facilitates lethal disease in the absence of what has been considered to be one of the key virulence traits of C. albicans. What motivated us to carry on was another poorly understood topic in the field: Other Candida species, such as C. glabrata, also cause lethal infections in human patients but do not form true hyphae. In mouse models these species are much less or even avirulent, which supports the importance of filamentation as virulence trait but raises the questions how severe disease develops in patients. Our work shows that yeast cells can cause severe tissue damage if the number of fungal cells is sufficiently high – thus, a combination of reduced fungal clearance and reduced host resilience due to underlying diseases is likely involved in these cases. Furthermore, while filamentation is a promising target for novel therapeutic approaches aimed at reducing tissue damage rather than eliminating the fungus, the possibility that inhibition of filamentation might lead to increased yeast cell proliferation, should be taken into account. 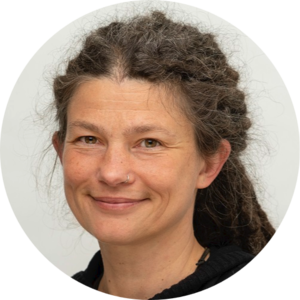