Rachel Wheatley and Julio
2 contributors
Like Liked by Ellinor Alseth

Admission to an intensive care unit (ICU) has the heightened risk of acquiring a severe microbial infection, which can lead to a worse clinical outcome, often including death1. Attempts to control these life-threatening infections usually include the administration of “state of the art” antibiotics, such as carbapenems. Though these therapies have improved the outlook of patients afflicted by ICU infections, it is not uncommon for bacteria to rapidly evolve resistance even to these antibiotics of last resort. Naturally, this is a growing global concern since the potential spread of these super resistant bacteria would render us with no method to repel this threat. In this project we were interested in understanding how a bacterial population infecting the lungs of an ICU patient can respond to treatment over a fine time scale, and how antibiotic treatment and the immune response may interact to determine the outcome of an infection.

The pathogen of focus in this project was Pseudomonas aeruginosa – a prevalent causative pathogen of pneumonia in ICU settings. Here we tried to really drill down into the infection dynamics of P. aeruginosa in ultra-high resolution within a single patient. From this patient over 100 P. aeruginosa isolates were collected from both the lungs and the gut over four weeks in ICU. Measurements of this P. aeruginosa population in the lungs revealed quite an interesting dynamic. The patient was enrolled on day 1 with a pre-existing (and high density) infection, and a pneuomonia diagnosis was established shortly after. Treatment with antibiotics including meropenem appeared to be initially successful in treating the infection, with the P. aeruginosa population dropping to below detectable levels in the lungs. However, this success was short-lived, and P. aeruginosa re-emerged. In brief, the population that re-emerged demonstrated massively elevated resistance to meropenem, but this resistance then rapidly declined within days to below that of the initial population. Our initial focus of this investigation was to understand the evolutionary dynamics behind these changing antibiotic resistance levels.

We complemented the phenotypic profiling of this population by characterizing the whole genome of each isolate. Comparing the genomes in our collection revealed the rise of three variants of the original infecting population (the ancestral strain) in the second wave. One of these variant strains, which carried a mutation in the transmebrane porin encoded in oprD, was behind the increased resistance to meropenem observed at the onset of the second wave. The second variant strain carried a distinct wbpM allele, which is involved in O antigen synthesis. The third variant strain displayed mutations in the mexAB/oprM cassette, which encodes a multidrug efflux system. Each of these variants showed a distinct phenotypic profile to the ancestral strain, with the WbpM variant displaying both higher fitness and resistance, and the MexAB/OprM variant trading lower resistance to antibiotics for greater fitness. In addition to identifying the surge of these three variants, our genomic analysis revealed a novel plasmid in all P. aeruginosa isolates from this patient. The carriage of this plasmid was associated with higher tolerance towards antibiotic resistance; moreover, carrying more copies of this plasmid per bacterial cell was associated with even greater meropenem resistance.

These results describe an ICU infection in an unprecedented level of detail and highlight the formidable versatility of P. aeruginosa to respond to changes in its environment. Antibiotic therapy and the host’s immune system are expected to challenge these microbial invaders, and, while theoretical models suggest an interplay between these two factors2, to our knowledge, this is the first time this cooperation is being reported. This goes to show that understanding the recalcitrance of ICU infections greatly benefits from an integrated perspective of the bacterial response to antibiotics and to the host’s immune system. Though this level of phenotypic and genotypic characterization is technically and financially difficult to implement for each ICU infection at present, we believe it is quite informative to learn about challenges ahead in the fight against antimicrobial resistance. As automation further develops and sequencing costs are driven lower, we expect to gain further information of the trends across multiple patients with distinct clinical histories and outcomes.

You can find our published paper here.

[2] Ankomah, Peter, and Bruce R. Levin. "Exploring the collaboration between antibiotics and the immune response in the treatment of acute, self-limiting infections." Proceedings of the National Academy of Sciences 111.23 (2014): 8331-8338. 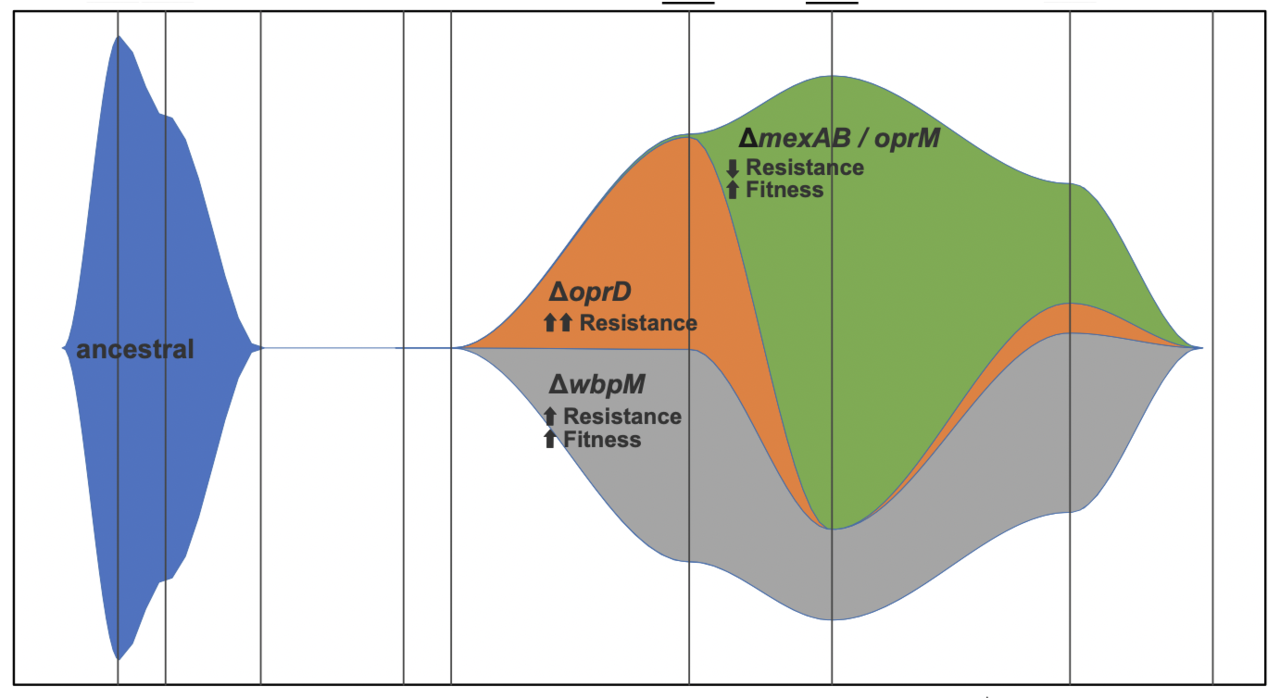