R-bodies: enigmatic structures that turned out to be virulence factors in a notorious pathogen

Diverse bacteria form biofilms, assemblages of cells held together by self-produced matrices. Many of these biofilms are known to produce especially hardy proteins to support their structural development. Prior to my joining the Dietrich lab, former graduate student Yu-Cheng Lin had started an exploratory project to identify particularly resistant components of P. aeruginosa PA14 biofilms. He grew biofilms on agar plates, harvested them, and subjected them to harsh sonication and solubilization with detergent. He then used scanning electron microscopy to image his sample. The images he presented at a lab meeting revealed bizarre, coiled structures (Figure 1)--which most lab members assumed were non-biological and an artifact of his harsh protocol. But intriguingly, when he sent out the samples for mass spectrometry, he learned that some of the most abundant peptides present were homologous to components of R-bodies. R-bodies are proteinaceous structures that were discovered in 1969 in the obscure bacterium Caedibacter taeniospiralis, which co-exists with paramecia in aquatic settings. When a C. taeniospiralis cell is eaten by a paramecium, the bacterium’s coiled R-body extends into a “javelin” 5-10x its original length and kills the paramecium from the inside. Everyone in the lab was captivated by the similar appearances of the C. taeniospiralis R-bodies and the ones in Yu-Cheng’s sample. Could it be that P. aeruginosa, a well-studied opportunistic pathogen and a leading cause of infections worldwide, makes this weird bacterial weapon? We were excited to find Reb proteins because we were familiar with their role in C. taeniospiralis and had been wondering whether Reb homologues could form such structures in P. aeruginosa.

Via genetic approaches and strain engineering, I identified regulators required for R-body production and showed that R-bodies are produced in a small subset of cells in a P. aeruginosa population, which suggests that R-body-producing cells engage in self-sacrifice for the benefit of the population. I also found that RapA, a protein that was abundant in Yu-Cheng’s samples as well and that is encoded by a gene adjacent to the main homologues to C. taeniospiralis R-body genes, is required for assembly of R-bodies in vivo. RapA is not like any other protein in the NCBI and InterPro’s member databases..

Traditionally, R-bodies have mostly been visualized with electron microscopy. To get a closer look at P. aeruginosa R-bodies, I sent biofilm samples for some of my strains, which express fluorescently tagged versions of R-body components, to Christian Sieben at the Helmholtz Centre for Infection Research. His approaches employing super-resolution microscopy produced beautiful images (below), revealing the formation of intracellular fluorescent coils reminiscent of those seen in C. taeniospiralis as well as the colocalization of RapA protein with these coils . This has laid the foundation for us to ask questions regarding the localization and assembly of R-bodies in P. aeruginosa.

R-bodies as virulence factors in plants

P. aeruginosa can cause infections in a broad variety of hosts. As an undergraduate I had studied development in Arabidopsis thaliana and learned basic techniques for sterilizing and growing this model plant. A. thaliana had previously been established as a host for P. aeruginosa virulence studies, and I was eager to adapt these protocols for use in the Dietrich lab. I inoculated plants with engineered P. aeruginosa strains and showed that R-bodies are produced in a subset of the population when the bacterium forms biofilms on the plant, consistent with the stochastic expression of R-body genes that I had seen when I looked at P. aeruginosa on its own. I also asked whether R-body production affects plant colonization, and found that an R-body-null mutant is less able to do this.

R-bodies as virulence factors in worms

Having made promising observations in plants, I next wanted to examine R-body-dependent effects in an animal host. C. elegans eats bacteria and is typically fed Escherichia coli in the laboratory, but when P. aeruginosa is provided as the only food, the pathogen colonizes the C. elegans intestine and slowly kills its host. Using engineered bacterial strains, I showed that R-bodies are produced by a subpopulation of P. aeruginosa in the C. elegans intestine and that tagged R-body proteins form fluorescent intracellular clusters that indicate R-body coil formation. P. aeruginosa mutants that cannot produce R-bodies or RapA showed defects in C. elegans killing, supporting our hypothesis that R-bodies are P. aeruginosa virulence factors.

Because C. elegans is a model host with well-defined responses to infection, my co-authors and I wondered whether we could gain further insight into the mechanism of R-body-mediated killing in this system. We speculated that the process might involve endocytosis of R-bodies or R-body-containing bacteria, because this is an established step in the killing of paramecia by R-body-producing C. taeniospiralis. Serendipitously, we came across the work of Alejandro Vasquez-Rifo, who had discovered that infection with P. aeruginosa leads to cleavage of C. elegans ribosomes, which causes translational inhibition in the host and activates a specific immune response pathway. We were very excited to see that one of the P. aeruginosa genes required for this effect is a regulator that controls R-body gene expression, and furthermore, that Alejandro and his co-authors had evidence implicating endocytosis in the process. They speculated that an unidentified virulence factor was involved in this specific mechanism of virulence. Had we found it?!

We contacted Alejandro, a postdoc in Victor Ambros’ lab at the University of Massachusetts Medical School. He tested our strains and found that indeed, R-bodies and RapA contribute substantially to ribosome cleavage. Simultaneously, we used a C. elegans strain that reports activation of the immune response to translational inhibition to show that R-bodies and RapA are required for this response. The convergence of our projects--coming from the bacterial side and the host side--has been an exhilarating ride and we can’t wait to see what we will learn next about this microbe-animal interaction.

Overall, this project started as an open-ended, basic-science question, which led to a surprising observation and--through hard work, diverse techniques, and excellent collaborations--yielded the unexpected finding of a new contributor to virulence in an important pathogen. My co-authors and I feel inspired by the story of this project, and we are thrilled to be sharing it.

How to turn an HIV-1 inhibitory factor on and off: MX2 has a phosphorylation-regulated switch on its amino-terminal domain 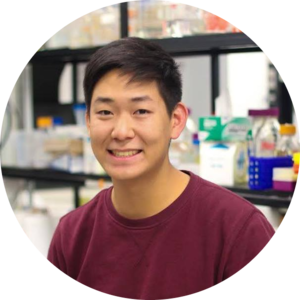