One bacterium to rule them all: transcriptome plasticity makes Pseudomonas a multitasking biocontrol tool.

Biocontrol has gained attention because of the food crisis and the environmental concerns regarding the use of pesticides. Beneficial Pseudomonas protect plants against pathogens, and kill pest insects using diverse tools. Yet, where and when insecticidal factors play their role is still a mystery.

We are currently facing a global food crisis. The food system is failing in production, pest control, storage and tons of food are wasted every year 1,2. To satisfy the demands of the growing population, the current food system requires an increase in yield which leads to monoculture and an excessive use of pesticides 1,3,4. In the context of sustainable agriculture, the use of microbial agents for biological control of diseases and pest insects in order to avoid yield losses is gaining importance 5.

In the history of biological insect control, applications based on the bacterium Bacillus thuringiensis (Bt) have been very popular. However, the recent appearance of resistances to Bt products calls for new alternatives 6. Certain soil microbes can promote plant growth, induce  systemic resistance in the plant and control soil-borne diseases and pest insects 5,7. Therefore, soil inhabitants could contribute to avert yield losses in agriculture and be part of the answer to the food crisis: the “soil-ution”.

Our personal “soil-ution” is focused on root-colonizing bacteria of the genus Pseudomonas, specifically on the P. chlororaphis and P. protegens species. These bacterial species are plant growth promoters and are able to control soil-borne pathogens 8. Recently, it was discovered that P. protegens and P. chlororaphis species are also able to invade and kill pest insects 9. In the last decade, numerous factors involved in the insecticidal activity of these pseudomonads have been discovered 10. However, it was not clear where and when those factors were playing a role and how invading and killing an insect differs from colonizing a plant-root. That is why this project started: we wanted to know the differences between insect invasion and root colonization, to discover new insecticidal factors and to integrate all the previous knowledge in a pathogenesis model. Therefore, we analyzed the transcriptome of P. protegens CHA0 during the colonization of wheat roots, and gut and hemocoel compartments of two insect hosts representing different stages of the infection.

Usually, in a paper, authors talk about what worked fine but for this particular one, we have to talk about the bad times as well. At the beginning, we wanted to perform the whole study in the same insect species but finding an insect model to collect both gut and hemolymph was difficult. We tried with the leaf-feeder Pieris brassicae but we were unable to obtain enough bacterial RNA from hemolymph extractions with our method. However, our experimentation with Pieris allowed us to observe that P. protegens CHA0 is able to persist through all the life stages of this insect and sometimes causes morphological defects in pupae and adults. These findings were included in Flury et al., 11. So, when one door closes, another window opens.

Our plan B (because, it is always wise to have a B, C, D, … Z plan) was to use P. xylostella and G. mellonella models in a feeding and an injection assay, respectively. We had previous experience extracting bacterial RNA from these models so we reached a compromise: we were going to use two insect models knowing that we had to be cautious in our conclusions. That is why we analyzed how P. protegens CHA0 colonizes the P. xylostella gut in an early and late stage, and what this bacterium needs to survive in G. mellonella hemolymph leading to the death of the animal. But our learning process was not over when we had the transcriptomic data. We realized that a well-annotated genome is key for this kind of analyses, and that if we aimed to do an integrative study, a classical differential gene expression analysis would not be sufficient. Therefore, we decided to combine differential gene expression, heatmap, gene ontology enrichments and K-mean clustering analyses.

We found that the P. protegens CHA0 transcriptome is host-dependent which means the bacteria use different tools according to the environment or insect compartment where they are growing. Therefore, they can, switch from a plant-beneficial to an insect-pathogenic lifestyle. This might seem obvious but we did not have enough evidence to prove it so far. In particular, we found potential novel factors involved in pathogenesis such as two-partner secretion systems, amidases, oxidoreductase activity, nitrogen transport, a transposase and a polyphosphate kinase. Additionally, we were also able to identify the insect compartments and stages of infection where several known Pseudomonas insecticidal traits were playing their role i.e., the antimicrobials, the type VI secretion system, a chitinase, the Fit toxin, exopolysaccharide production and a phospholipase 12–15. Interesting was also to see that some Pseudomonas exoproducts, e.g antibiotics serve as weapons in both, the root and the insect environment. In summary, the outcome of our study has allowed us to discover new candidate factors involved in invading and killing insects, and to integrate the knowledge from the last 12 years of research into a comprehensive pathogenesis model. There is still a lot to be understood but we are now a big step further to understand Pseudomonas-insect interactions.

Our research underlines the fact that insecticidal activity in Pseudomonas is a multifactorial trait that involves many proteins and yet unknown regulatory factors. This shows the versatility and adaptability of the Pseudomonas genus and also makes these bacteria very interesting candidates for pest control since they can do both, control soil-borne pathogens and kill pest insects. Pseudomonas could be used to develop biopesticides or transgenic plants based on specific insecticidal traits… or, maybe, Pseudomonas applications will not follow the classical “one toxin, one product” dogma but will be part of more integrative systems that involve  living organisms e.g., bioinoculants, or that rely on combinations of the bacteria with other biocontrol microbes such as entomopathogenic fungi or nematodes. Moreover, Pseudomonas are multitasking beneficial bacteria so they are the perfect candidates for a multipurpose application, e.g to control pests, pathogens and promote plant growth which could boost crop yield.

Altogether, our study contributes to the development of new biological plant protection methods as an important part of sustainable agriculture. However, there is still a lot of basic and applied research to be done in this direction to understand the pathogenesis and the ecological nature of these insect-bacteria interactions. This highlights how without basic research to understand the primary infection and interaction mechanisms, we cannot dream of an application, a reality that sometimes is sadly forgotten by many. 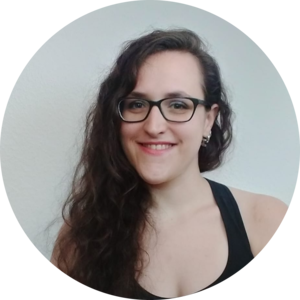 I'm an environmental microbiologist fascinated by agricultural bacteria and how they can be used in sustainable agriculture. Digging deep into the bioinformatics world as well.
Follow

Sergio
over 1 year ago