It was unusual but optimistic morning of early May since we were finally allowed to return to the lab after almost two months lock-down. Nonetheless, we could not imagine an unbelievable amazement that bacterial cells would produce when struggling for survival in hostile environments.
Moshe Shemesh and Satish Kumar Rajasekharan
2 contributors
Like Liked by Akos T Kovacs and 3 others
0

There were several forgotten Petri dishes on a bench from prior lock-down experiment, aimed to isolate some new probiotic species from environmental samples. Before sending the plates directly to the bacteriological trash, the scientifically curiosity, and very well be some 'experimental hunger' guided to be impressed how bacterial colonies disappear within a dryness of water-depleted agar plates.

As expected, colonies of most of the species were barely recognizable since there should not be a chance of survivals after long dehydration of the plates on a bench. Nevertheless, there was one bacterial species that did not give up, and most astonishingly formed stereo symmetric aerial geometric structure reminding 'volcanic mountains' accumulating some mysterious cargo within (Fig. 1b).  It eventually turned out as an activation of multi-stress response adaptation strategy, which enabled bacterial cells to withstand such extreme stressful environments.                                                                    Fig. 1. (a) Illustrating tower of petri dishes following usual bacteriological experiment. (b) Formation of cone-shaped colonies by probiotic Lactobacillus.

To begin with, we wanted to figure out how this probiotic bacterium acquired these aerial structures. First, such alterations in colony patterns could be linked to multicellular mode of growth called biofilm (Shemesh and Chai, 2013). It has been thought that biofilm mode of growth would enable the cells to withstand challenging environments, so we set out to determine whether such multicellular behaviour could account for the observed aerial growth.

Biofilms formed by probiotic species such as lactic acid bacteria (LAB) are thought to be a healthy supplement as well as a way to reduce illnesses that affect livestock and humans (Szlufman and Shemesh, 2021). LAB often produce organic acids (mainly, acetic or/and lactic acids) in the culture media they grow. We hypothesized that the spatiotemporal structures were linked to an acidic environment generated by a pH reduction in the agar media, leading the cells to convert from regular (horizontal) growth to aerial expansion. Using a series of experiments to connect the dots, we discovered that the adaptation of LAB to acidic pH caused the unusual occurrence of cone-shaped colonies resembling initially observed 'volcanic mountains', which was subsequently followed by finding of several previously uncharacterized biofilm associated phenotypes (Fig. 2).

The process of figuring out the mechanism behind observed phenomenon (which took almost two years), required to look into a number of additional variables and occurrences. First, we discovered that the colony morphology aided cells survival in the face of external challenges. The  multi-stress adaptation response (acidic pH, cold and desiccation stresses) indicated that the cells within the colonies organized into distinct circular bundles (called consolidated bundles) that contain both live and dead cells (Fig. 3). The stress response revealed a putative sacrifice-for-survival pattern, in which dying cells could protect the living counterparts. Other odd occurrences in the bacterial physiology seemed also to be closely linked to the acidic pH adaption response. For example, we observed a V-shaped geometric structure of cells (Fig. 3) growing in acidified liquid media with an incredible ability to create biofilms in vitro as well as in vivo models.

The cone-shaped colonies, V-shaped cells, and consolidated bundles are the most prominent geometric structures we find until now. All of them show a close relationship with biofilm formation triggered as a response to changes in pH. The probiotics' ability to produce biofilms is a key element in their widespread use in probiotic food products and matrices, in human and veterinary medicine. Probiotic communities, established successfully in mammalian host, may potentially be useful in the battle against pathogenic microorganisms. Inspired by the enormous potential of the V-shaped bacterial cells to form resilient biofilms on non-living surfaces and in a nematode model, we discovered that they would efficiently suppress virulence of pathogenic microorganisms.

The LAB are known to dominate the microbiome in the human vaginal environment and are natural competitors of pathogenic yeasts. We thus believe that the probiotic LAB's V-shaped architecture may benefit in disease management in the food and animal industries. Because V-shaped structures encourage biofilm mode of growth, it could be implemented in the probiotics industry for developing the biofilm-inspired encapsulation technology (Szlufman and Shemesh, 2021). For, instance our laboratory has been developing such novel probiotic delivery system for treating dairy mastitis that represents hardest microbiological problem for the dairy industry nowadays (Cohen et al, unpublished data).  Furthermore, the V-shaped cells can be used to develop novel synbiotic (integrating probiotics and prebiotics) formulations. For instance, our group has previous shown that Bacilli has tremendous ability to attach to dietary fibers from chickpea legume (Rajasekharan et al., 2021). In a similar manner, V -shaped cells of LAB can be used to develop novel synbiotic food.

Overall, it is encouraging that our initial results pointed out LAB as promising probiotic candidates displaying unique multicellular phenotypes during adaptation to acidic pH. The cellular differentiation generated in such challenging environment leads to most unpredictable scientific discoveries, which provides staple basis for subsequent development of innovative technologies in medicine and agriculture. 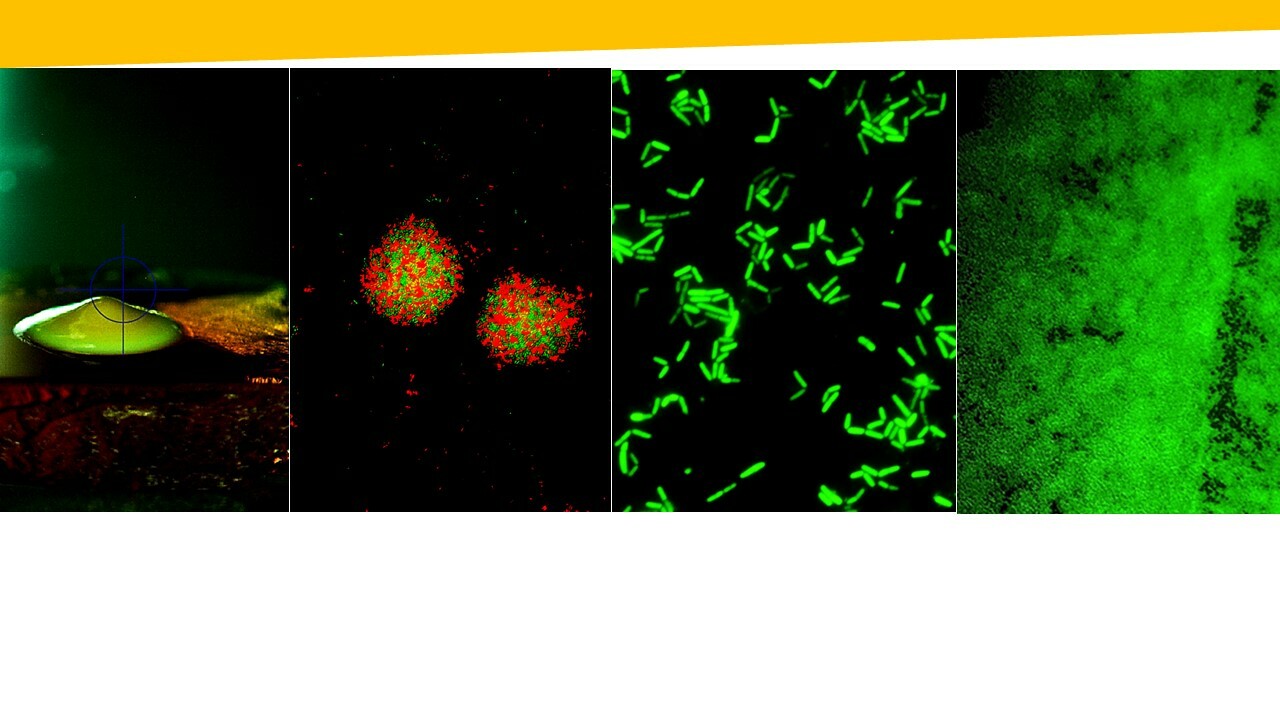 It was unusual but optimistic morning of early May since we were finally allowed to return to the lab after almost two months lock-down. Nonetheless, we could not imagine an unbelievable amazement that bacterial cells would produce when struggling for survival in hostile environments.