An E. coli and K. pneumoniae phenotype resistant to piperacillin/tazobactam has recently emerged. Here, the authors show that hyperproduction of the β-lactamase driving this resistance occurs due to excision and reinsertion of a translocatable unit containing blaTEM-1B, creating a tandem array.

With the ever-increasing incidence of antimicrobial resistance (AMR), we are in desperate need for new antimicrobials to be developed and brought to market. But we also need to know how to use the antimicrobials we have, and hopefully future antimicrobials, correctly to slow the spread of AMR and to make sure they are useful for as long as possible (also known as ‘antimicrobial stewardship’.  Several technologies are being developed at breakneck speed to try and deliver the information and data needed to enable this, one of which is next generation sequencing (NGS). NGS is a ubiquitous technology, from use in large scale studies to track the incidence of antimicrobial resistance genes (ARG) to being deployed as a point of care test to rapidly predict antimicrobial resistance. However, the use of NGS in AMR prediction is heavily reliant on the accurate linking of ARGs with an AMR phenotype. Phenotype-genotype discordance, where the presence (or absence) of an ARG does not correspond with the expected resistance or susceptibility to an antimicrobial, compromises the effectiveness of AMR prediction. Therefore, instances of phenotype-genotype discordance should be identified and thoroughly investigated to improve AMR prediction and antimicrobial stewardship.

The β-lactam/β-lactamase inhibitor, piperacillin/tazobactam (TZP) is an important and heavily used antibiotic in the UK due to its broad spectrum of activity. Availability of TZP spares the use of the last line antibiotics carbapenems. We identified a collection of clinical isolates of Escherichia coli with a very unusual phenotype; resistance to TZP but susceptibility to 3rd generation cephalosporins/carbapenems. Resistance to TZP is often conferred by carbapenemases, however these would also confer resistance to 3rd generation cephalosporins/carbapenems and were absent from the collection. The penicillinases that were present in the collection were known to be inhibited by tazobactam, therefore these isolates exhibited phenotype-genotype discordance. So, what was the mechanism of resistance?

We identified one E. coli isolate in the collection which had a corresponding TZP-susceptible E. coli isolate that was isolated from the same patient in a previous infection episode. Could the TZP-susceptible isolate have evolved to become TZP-resistant within the patient? NGS gave us the answer; comparison of the two genomes proved that the two isolates were almost identical. However, the TZP-resistant isolate contained a small extra chromosomal DNA molecule which turned out to be a translocatable unit, a segment of DNA which has excised from a pseudo-compound transposon, harbouring ARGs. Further investigation uncovered a novel mechanism of gene amplification which was mediated by the insertion sequence, IS26. The penicillinase blaTEM-1B was located on the translocatable unit and multiple reinsertion events of the translocatable unit into the chromosome had created a tandem array, increasing the copy number of blaTEM-1B. The TEM-1B enzyme was therefore hyperproduced, overcoming the inhibitory effect of tazobactam.

While our study describes a novel mechanism of gene amplification, it also highlights the importance of understanding the mechanisms underpinning phenotype-genotype discordance. This knowledge will not only improve AMR prediction, but it will also inform better diagnostic detection of this unusual phenotype leading to improved treatment options. 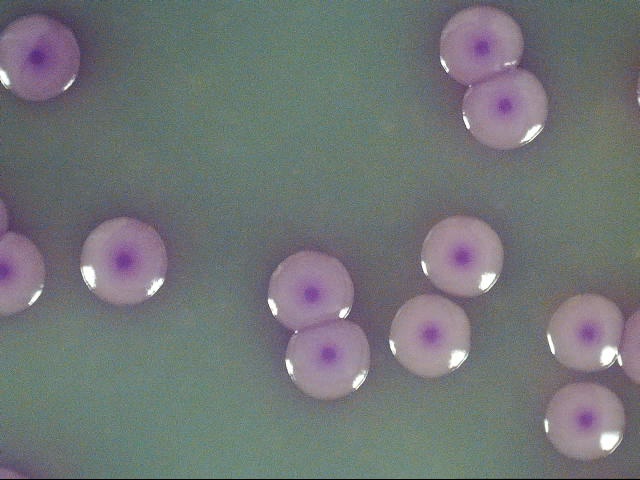