Population dynamics of microbial cross-feeding: A journey between the computer and the lab

Wouldn’t it be cool to take some soil or surface water, culture all possible combinations of micro-organisms and identify who cooperates with whom? This dot on the horizon formed the basis of this study. As the introduction of spatial structure to privatize exchanged molecules can explain selection of cooperation, we hypothesized that using serial propagation in millions of microdroplets of a water-in-oil emulsions could provide a high-throughput selection system for cooperative interactions.

We decided to start simple: a synthetic consortium with two bidirectionally cross-feeding cooperators and one cheater. On a Friday afternoon, I was preparing the arrival of the student that would work on this project. To determine how we could best inoculate the droplets, I made a simple calculation in Excel to identify the average numbers of cells per microdroplet (λ-value) that would allow cooperator enrichment. A couple of weeks later we had the first results of the experiments, and we were very excited! We did not only confirm rapid cooperator enrichment, but the enrichment profiles that we found were also highly similar to the enrichment profiles that our Friday-afternoon Excel calculations predicted. To extend the model further, we decided to implement it in the programming language R.

In the meantime, we realised that in most cases the growth of cooperators and cheaters is not that black and white. In natural systems, cheaters can probably still grow a bit when on their own (cooperation independent background growth), while only combinations of cooperators would give maximal growth. We played around with the extended model in R, and when we added this background growth to the model, it predicted that cheaters would outcompete cooperators. At first sight we were surprised, but later on we realised that it actually made sense: many microdroplets would contain an inefficient cheater, and only a couple would contain the efficient combination of cooperators. This means that when we take all compartments together, cheaters indeed produced more offspring than cooperators.

In the lab our experiments confirmed the model prediction: cheaters outcompeted cooperators in the presence of background growth. As this cheater enrichment would break the selection of cooperating organisms from a consortium, we went back to the model and started to think of a solution. To increase the calculation speed of our model, we collaborated with a mathematician, and he developed the model as it is found in the publication. We did many simulations, and the model predicted that with a λ-value around 2, cooperators should outcompete cheaters even in the presence of cooperation independent background growth. With this knowledge we went back to the lab for a last experiment, and indeed, cooperators were enriched.

Together these results show that cooperation independent background growth leaves a small window of opportunity for the evolution of microbial cross-feeding in spatially structured environments with intermittent mixing. Furthermore, this journey between the computer and the lab highlights how experiments can bring a model further and vice versa, and it stimulates us to keep using this fruitful combination in our future research. 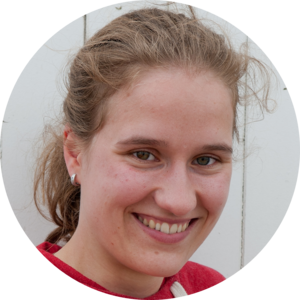 Could you provide the associated paper's name for us?

You can find the paper via the 'Read the paper' button on top.