"What do soil microbes do when plants release stress hormones during drought?" It seemed like a simple enough question. We were curious: although plant hormones can influence micro-organisms associated with roots [1-3], we couldn't find much information about whether these ‘phytohormones’ also affect broad communities of bacteria and fungi in the soil. Given that plants and soil microbes have co-evolved over millennia, and many microorganisms can synthesise or metabolize phytohormones, it seemed reasonable to assume that even generalist bacteria and fungi might be able to perceive and respond to the hormones released by stressed plants.

The question and the timing were fortuitous, because we were in the middle of setting up a new project investigating plant-microbial co-adaptation to long-term climate changes. We were working in the Buxton Climate Change Impacts Study [4], which was established by Prof. Phil Grime in 1993; the summer drought, supplemented rainfall (irrigated) and winter warming treatments have been running annually ever since. What better setting to investigate how soil microbes respond to plant stress hormones than the UK's longest running climate change experiment?

We sampled soils from the droughted, irrigated and control plots at Buxton to test a very simple hypothesis: soil microbes adapted to long-term drought would be more responsive to phytohormones released by plants during drought than soil microbes from irrigated plots. We weren't really sure we’d be able to measure a response - we were using less than half a gram of soil for each measurement and the amounts of phytohormones we were adding are best described as 'homeopathic' - but after the first trial run, we were actually able to detect increased microbial respiration in response to added hormones. But, in contrast to our initial prediction, the increase was greater in irrigated than in the droughted soils.

Perhaps the microbes were using the hormones as a source of carbon? To test this, we added hormones in combination with a solution mimicking root exudates - a cocktail of sugars, amino acids and organic acids, which represents a highly accessible resource for soil microorganisms [5]. To our surprise, microbial respiration barely changed when we added root exudate solution and did not differ among climate treatments, whereas adding both hormones and exudate solution clearly produced a distinct respiration response in droughted and irrigated soils. Interestingly, the amount of carbon being respired by microbes greatly exceeded the amount of carbon we had added with plant hormones. So, we were certainly stimulating microbial activity by adding hormones to the soil, but microbial use of the hormones as source of carbon could not fully explain our results.

What if some soil microbes are responding to the added hormones as signals of impending drought, rather than just using them as a resource for growth? In this case, we would expect marked differences between droughted and irrigated soils as a result of long-term co-adaptation. The irrigated plots at Buxton have only rarely experienced long dry periods, and never during the main growing season. By contrast, the drought plots have been subjected to severe drought every year for 25 years, so the microbes will have been repeatedly exposed to plant stress hormones as the soils dry. Microbes able to respond to such plant stress signalling and prepare for drought by producing spores, entering dormancy or activating drought defences would be more likely to survive and thrive in soils that regularly and repeatedly experience dry periods [6].

Of course, our experiment wasn’t designed to identify whether or how microbes might perceive and respond to plant stress signalling, but we hope that our intriguing results will motivate future studies to explore the role of hormone signalling in plant-microbial adaptation to drought. 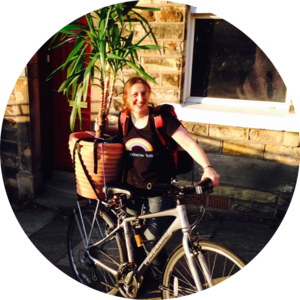