Plants recruit specific microbiomes from their surroundings. This regulation is expected to be driven by a large number of processes, but how plants accomplish this is still largely unknown. To bridge this gap, we used GWAS to identify regions of a plant genome that control microbiome composition.
Daniel Caddell
Postdoc, USDA-ARS
Follow
Like Liked by IQBAL AHMAD
0

Plants are surrounded by an extremely diverse reservoir of potentially beneficial and harmful microorganisms. Our research group is interested in identifying factors that shape the recruitment and assemblage of beneficial microbiomes. To gain insight into this process, we took a genome-wide association study (GWAS) approach by treating the abundances of bacteria living either in or around their surfaces as a continuously varying plant trait similar to height, biomass, or yield. Led by former graduate student Siwen Deng, we started by growing 200 diverse sorghum genotypes in an agricultural field located in Albany, California, and collected rhizosphere, root endosphere and phyllosphere. To help identify the type of sample exhibiting the greatest connection between plant lineage and bacterial composition, we profiled a subset of 24 of these plants with 16S rRNA amplicon sequencing. These data revealed that rhizosphere had the highest correlation, and was selected for subsequent analysis with all remaining genotypes.

One question motivating this study was whether specific bacterial lineages are more sensitive to the effect of host genotypes than others. Indeed, we found that members of three bacterial orders in the rhizosphere were more dependent upon sorghum genetics than other environmental effects. Following this finding, publicly available maize data (which diverged from sorghum over 11 million years ago) [1] were used to demonstrate significant commonalities in the bacteria that were responsive to host genotype in both maize and sorghum.

Next, our focus shifted to identifying regions in the sorghum genome correlated with abundance of specific bacteria. Using GWAS, a number of loci were identified that appear to be connected to abundance of distinct subsets of bacteria. Interestingly, a subset of the bacteria associating with a region on chromosome 4 could be separated into two distinct groups. Plants containing the more common allele in this region were enriched in bacteria containing cell envelopes with one membrane (monoderms) including Actinomycetales and Bacillales lineages, while those with two membranes (diderms) were enriched in the sorghum lines containing the less common allele. To confirm this finding, we performed a follow-up experiment in a growth chamber. We grew a distinct set of sorghum genotypes containing either of the chromosome 4 alleles and confirmed a similar bacterial association pattern as in the field experiment, suggesting that microbiome composition can be predicted from plant genotype.

Notably, specific monoderm bacteria including Actinomycetales and Bacillales have been shown to help plants grow during drought [2]. As sorghum is a particularly drought tolerant crop plant, we are excited to identify a set of specific gene(s) responsible for recruiting these monoderm bacteria, and to see if this discovery will help the development of crops that are more drought tolerant. 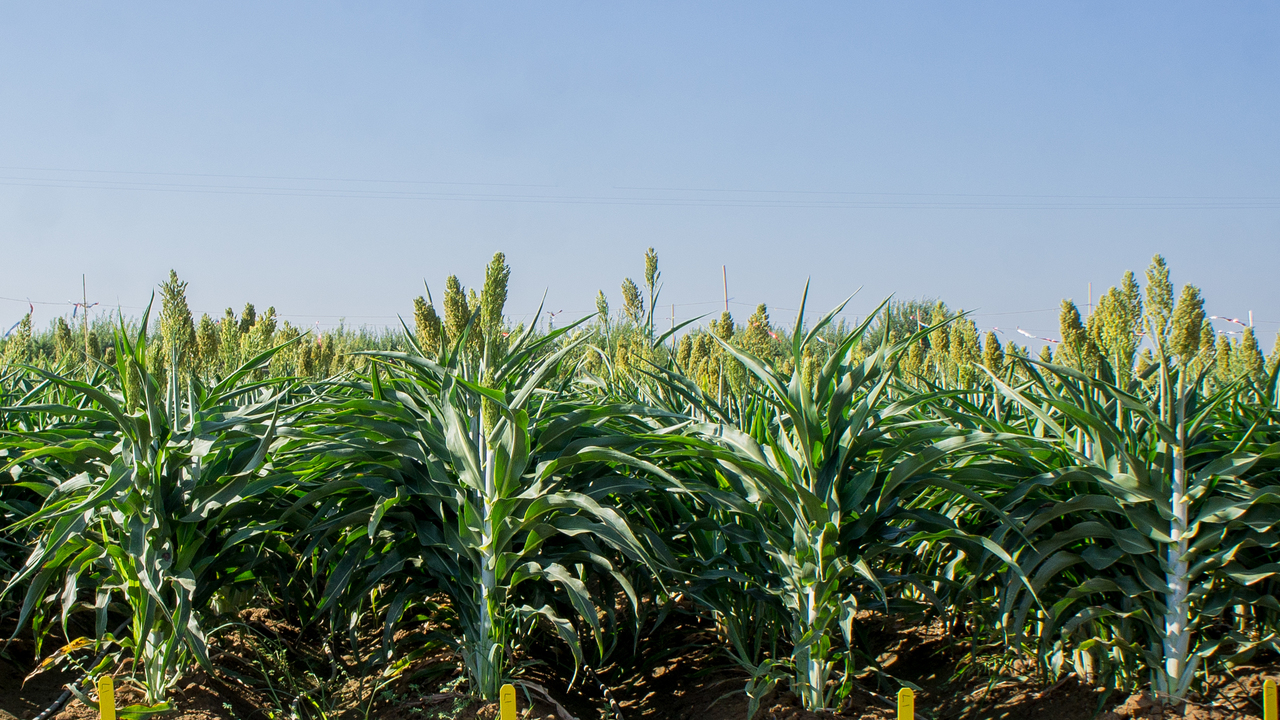 Plants recruit specific microbiomes from their surroundings. This regulation is expected to be driven by a large number of processes, but how plants accomplish this is still largely unknown. To bridge this gap, we used GWAS to identify regions of a plant genome that control microbiome composition.