The coral reef is a turbulent world for bacterial pathogens. Combining video microscopy and RNA sequencing, we discovered that a bacterial coral pathogen exploits coral mucus as a chemical cue and nutrient source to initiate infection of corals.

Coral reefs are one of the most diverse ecosystems on Earth. This biodiversity supports many costal human communities by providing a source of food through fisheries, and financial income through tourism. By one estimate, coral reefs are globally worth $29.8 billion per year [1] — needless to say, coral reefs are an indispensable source of socioeconomic stability.

Today, coral reefs are threatened by increasing temperatures and ocean acidification. One major consequence of these environmental changes is the rise of opportunistic bacterial pathogens such as Vibrio coralliilyticus, which becomes virulent against their coral host, Pocillopora damicornis, at high temperatures (>27 °C) [2]. Like many researchers, we at the Stocker Lab (formerly at MIT, now ETH Zurich) became intrigued by this environmentally regulated onset of virulence by the V. coralliilyticus bacterial pathogen. Over the past decade, our curiosity led us to study the behavior of V. coralliilyticus using high-speed video microscopy and microfluidics, which uncovered how the bacterial pathogens locate particularly vulnerable coral victims by chemotaxing towards chemicals present in the mucus of corals [3, 4].

In addition to chemotaxis (the ability to detect and follow chemical gradients), we observed a second, intriguing behavior of V. coralliilyticus: they started to swim much faster in coral mucus. The video below shows V. coralliilyticus (black/grey dots) visibly swimming faster after the addition of coral mucus (right) (scale bar = 5 µm; half-speed playback).

In the microbial world, chemically prompted increase in swimming speed is called chemokinesis. A macroscale analogy may be reflected in the behavior of scientists during lunchtime at a conference: some may use their olfactory senses to locate the lunchroom (similar to chemotaxis), and may even increase their walking speed upon smelling the scent of food to arrive at the source of nutrients faster (similar to chemokinesis)!

In V. coralliilyticus, these two behaviors (chemotaxis and chemokinesis) combine to enable efficient and rapid targeting of heat-stressed corals [3]. However, chemokinesis, in contrast to chemotaxis, has remained more rarely studied in bacteria and is almost entirely undescribed in the context of marine disease. What is the mechanism and timescale of chemokinesis by V. coralliilyticus in the context of coral infection? What environmental conditions trigger chemokinesis? And what gene expression changes accompany this understudied bacterial behavior?

To answer these questions, we designed and executed the first experiments in which video microscopy and RNA sequencing (RNA-seq) were combined to simultaneously measure the behavioral and transcriptional responses of the bacterial pathogen V. coralliilyticus. To study chemokinesis independently from chemotaxis, the V. coralliilyticus bacteria were suddenly exposed to coral mucus, and thus without chemical gradients. We behaviorally and transcriptionally compared two treatment groups of V. coralliilyticus: coral mucus (experimental) and filtered spent media (control).

One of our major challenges was to acquire enough coral mucus for our experiments. Our collaborator Jean-Baptiste Raina (University of Technology Sydney, Australia) patiently harvested 55 ml of mucus from five small colonies of the coral species Pocillopora damicornis collected from the Great Barrier Reef in Australia. To collect mucus, JB subjected the corals to repeated, 3-minute air exposures (the “coral milking” method [5]) over three consecutive days to limit long-term damage to the corals. The precious mucus was snap-frozen, shipped from Australia to MIT on dry ice, and kept at −­­80 °C until our experiments.

Our RNA-seq data contained additional surprising discoveries. We found that coral mucus exposure led to genome-wide transcriptional changes that were equally rapid as the behavioral changes. In fact, the majority (53%) of the genes encoded in the V. coralliilyticus genome were significantly differentially expressed within 10 minutes of coral mucus exposure.

Upon closer investigation of the differentially expressed genes, we observed early signs of the bacterial pathogen getting ready for host colonization by upregulating biofilm and quorum sensing genes, combined with the downregulation of motility genes. At the later time point, we observed signs of the onset of pathogenesis (upregulation of virulence factors and toxins for coral damage). Furthermore, the upregulation of metabolism genes suggests that the bacterial pathogens feast upon the abundant nutrients present in coral mucus to sustain their infectious activities.

Our combined video microscopy and transcriptomic approach revealed that V. coralliilyticus capitalizes on coral mucus as a chemical signal to not only locate (via chemotaxis) and dash towards (via chemokinesis) the coral host, but also to initiate the onset of disease with temporally precise orchestration of gene expression.

While our work has revealed coral mucus as an important chemical cue and resource exploited by bacterial pathogens, mucus is also a powerful part of innate immunity that protects corals against infection. In fact, a recent study by Gavish et al. [6] observed that many corals survived challenge by V. coralliilyticus. We speculate that the mucus represents the critical battleground where the outcome of the tug-of-war between pathogen and coral could have ecosystem-level impacts. 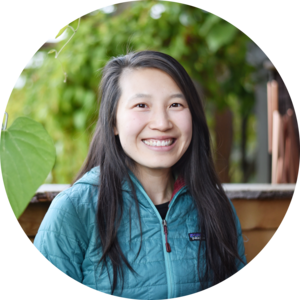