Just like humans, plants too have a microbiome that influences their physiology and growth. Arguably the most important members of the plant microbiome are mycorrhizal fungi. These are fungi that live symbiotically in and on roots. Most tree species in northern temperate and boreal forests form symbiotic organs called ‘ectomycorrhizae’, so-called because the fungus forms a sheath surrounding each fine feeder root. The fungi take up nutrients from soil that are inaccessible to roots either because they occur in forms that must be broken down by fungal enzymes before being taken up, or because they are located a long distance from the roots, but are accessible by hyphae that can grow many centimeters away from the root surface. The nutrients are then distributed within the fungal mycelium and a portion is transferred to root cells at the root:fungal interface. 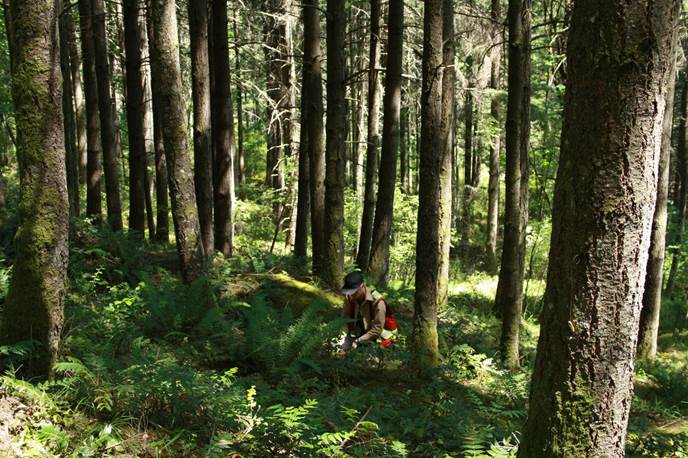 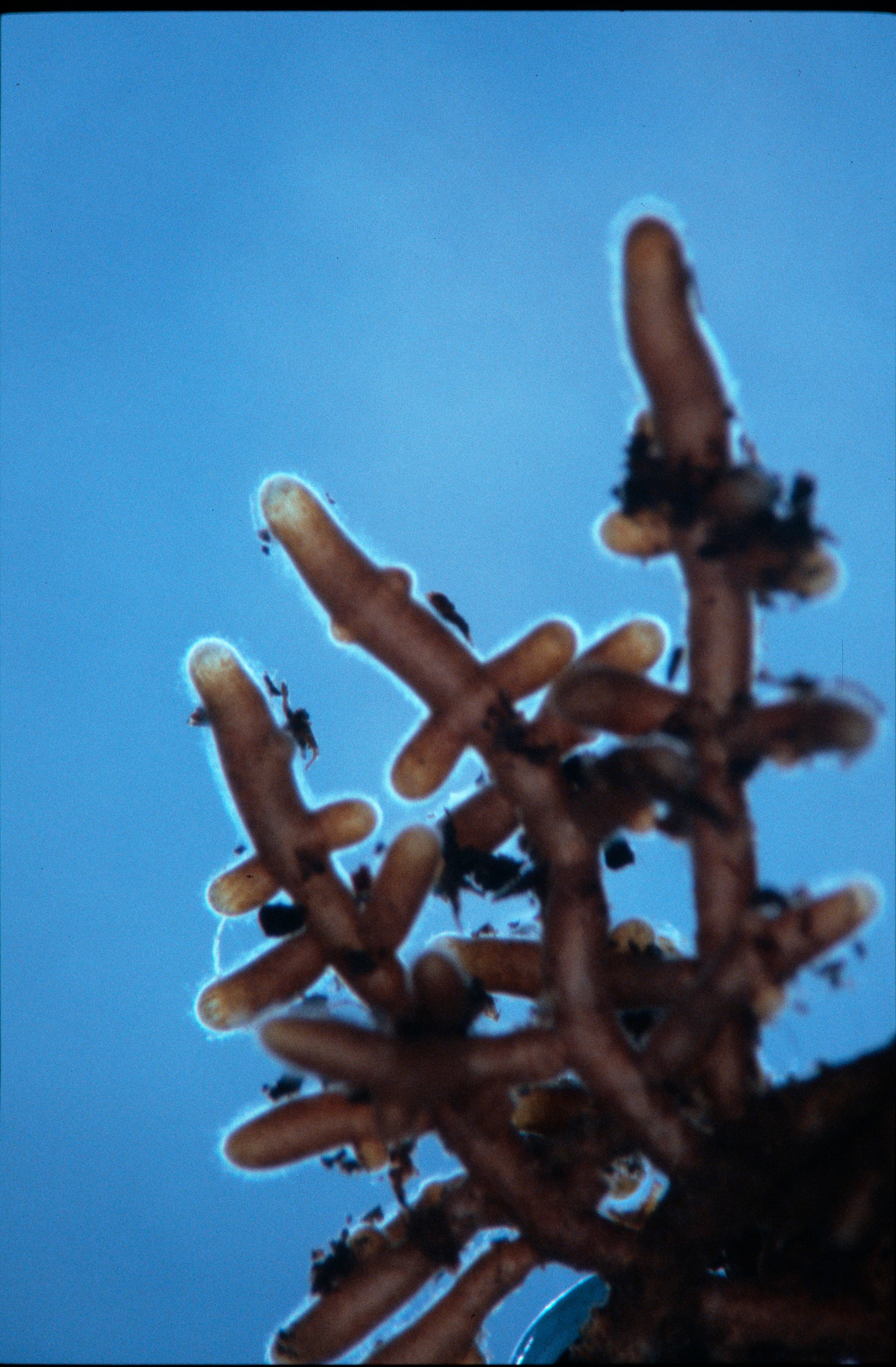 Formation of the ectomycorrhizal symbiosis is absolutely essential for the normal development and growth of trees in several plant families, including the pine family. We can think of them as adding physiological capabilities that the roots lack, which has been referred to as ‘acquired metabolism’ (Moeller et al. 2016). What is compelling about ectomycorrhizal fungi is that a single tree can associate with dozens of different fungal species at the same time, but these fungal communities differ from location to location. Because these fungi differ in their ability to take up different forms of soil nutrients, it is an intriguing possibility that by associating with different EM fungal communities in different soil environments, many ectomycorrhizal tree species have been able to colonize extensive and diverse landscapes (Gerz et al. 2018). 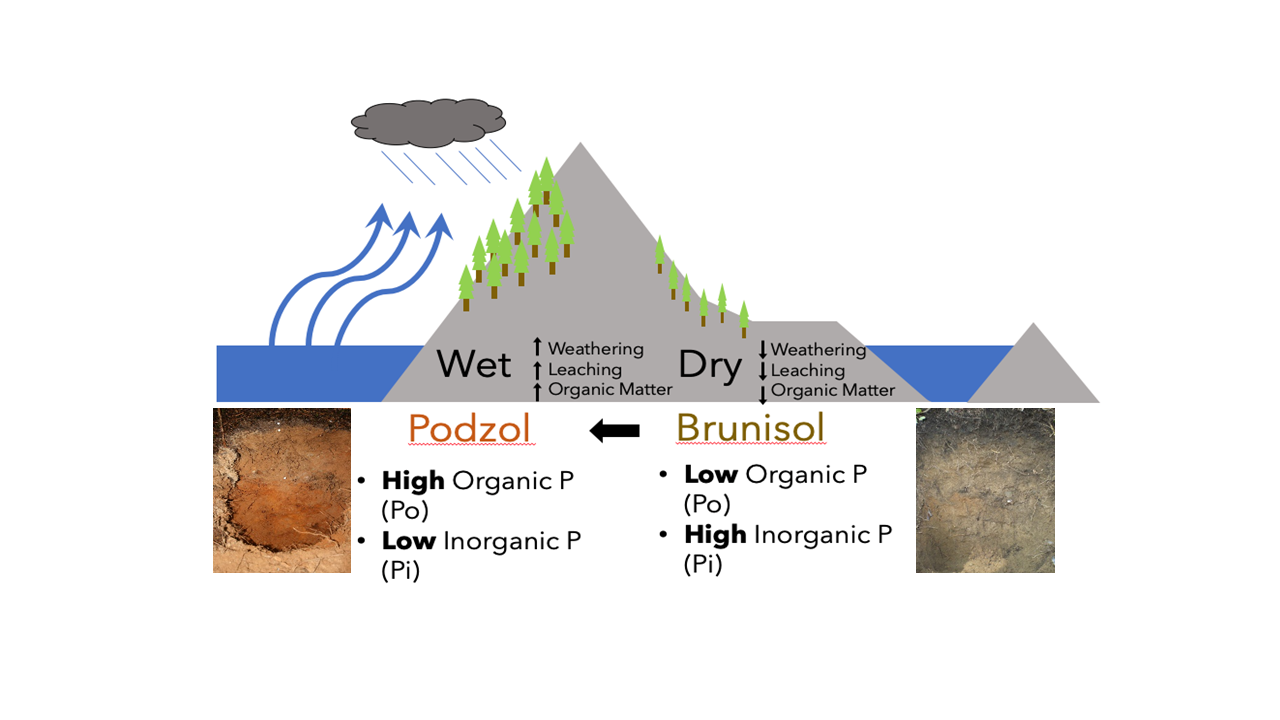 We tested this idea by comparing mechanisms involved in the release of phosphorus from soil by ectomycorrhizae on Douglas-fir roots in two very different soil environments: (1) highly weathered Podzol soils on the west coast of Vancouver Island, where most of the P was in a complex organic form, and (ii) Brunisol soils on the dry, eastern side of the Island where inorganic P in the form of phosphate ions was more abundant. If the ectomycorrhizal fungi possessed traits that were specific to the soil environment on each site, we expected to see higher activities of enzymes that release soluble phosphate from complex organic matter on ectomycorrhizae in the Podzols than in the Brunisols. 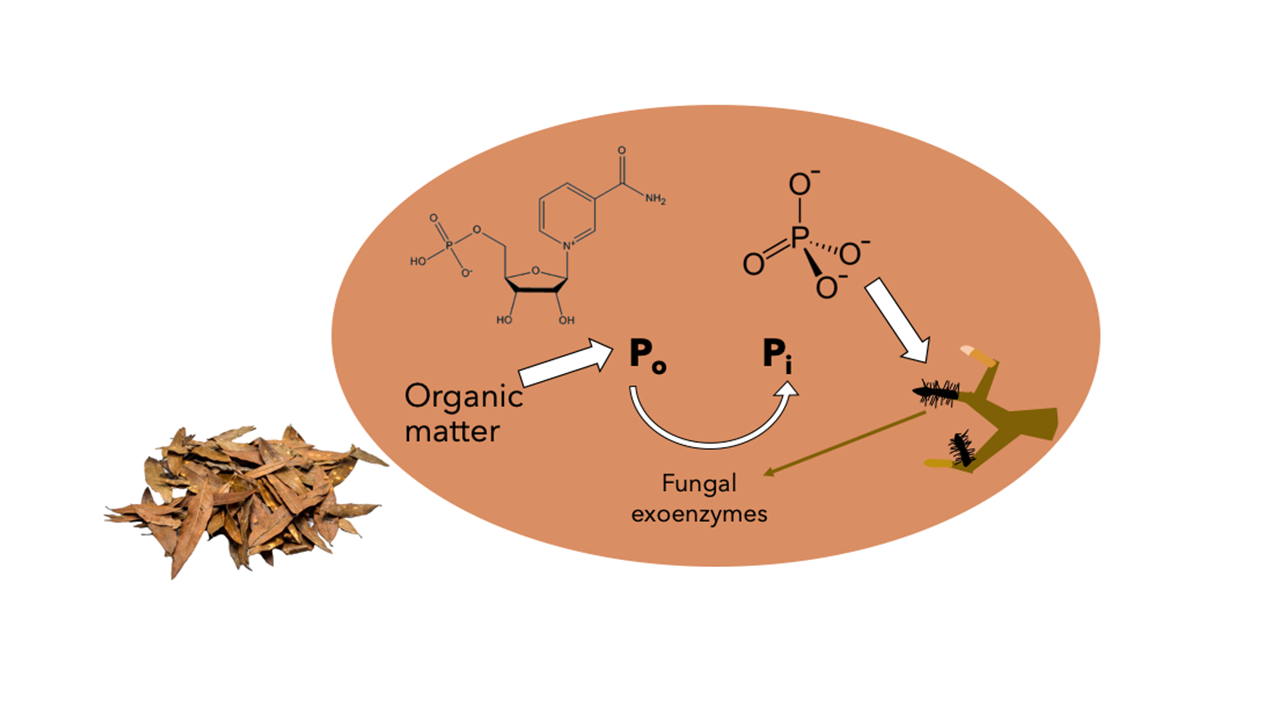 We quantified two types of phosphate-releasing enzyme activities, phosphomonoesterase and phosphodiesterase, on the surfaces of the ectomycorrhizae, and found that these activities were negatively related to the levels of extractable inorganic P in the soils. An even stronger relationship (positive this time) was found between P-releasing enzyme activities and the ratio of N:P in the foliage. We interpreted this to mean that the fungi were responding both to soil conditions, but even more so to the demand of the plant for P relative to N. 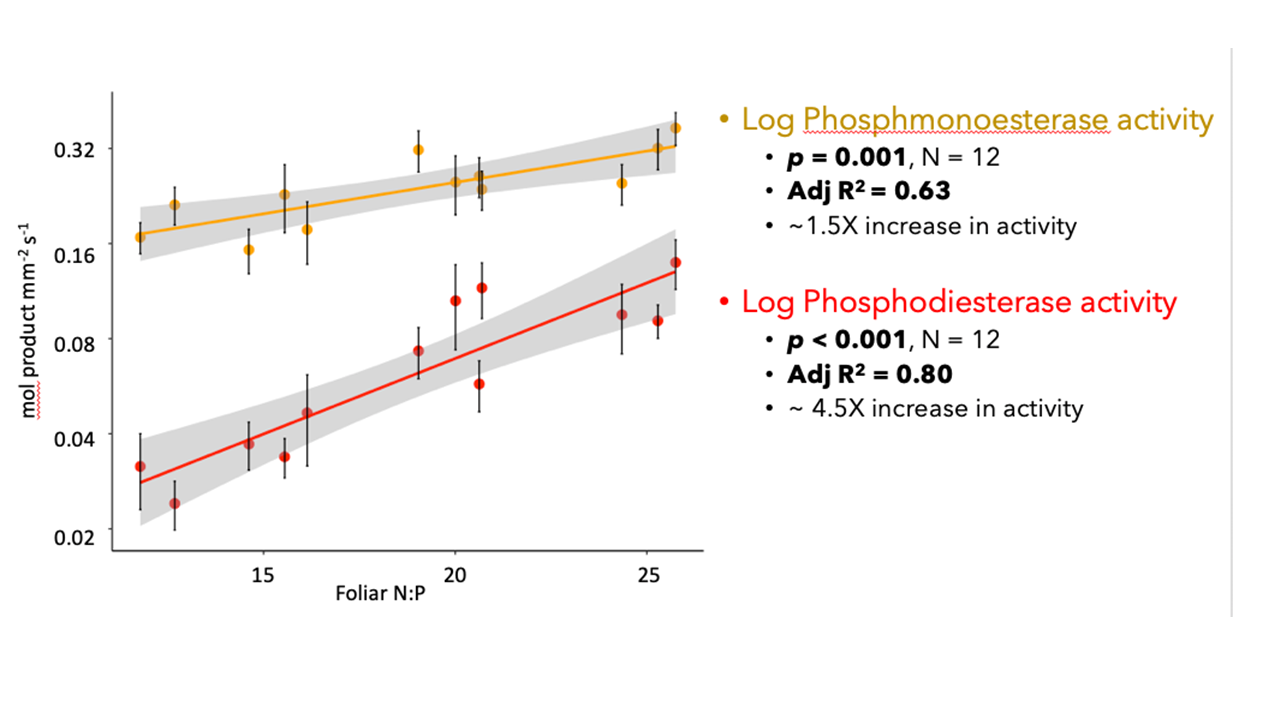 Notably, the ectomycorrhizae with the highest phosphatase activities were formed by fungi found only on the Podzol soils. This suggests that this distinctive community of ectomycorrhizal fungi has metabolic attributes that contribute to the ability of Douglas-fir to thrive on the organic P-rich soils. It has long been known that ancient soils, such as those in tropical regions and Australia, are P deficient; however, phosphorus deficiencies are now being identified in a wider range of ecosystems, including young, but highly weathered soils like those we studied on the northwest coast of North America, as well as soils that are being enriched with nitrogen pollution in rain industrialized regions. Therefore, it will be important to manage these forests not only for the tree species planted there, but also for the specific communities of ectomycorrhizal fungal communities that confer nutrient-acquisition traits specific to those soils on the whole symbiosis, the ectomycorrhizal tree. 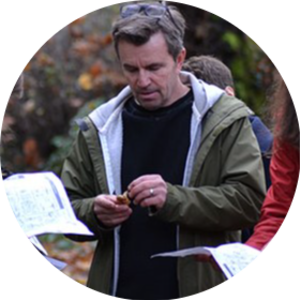