Serpentinization, or the hydration and alteration of ultramafic rock, is an abiotic geochemical process that can generate hydrogen gas (H2) that may have fueled early life on Earth. However, serpentinization reactions also generate highly reducing waters with high pH and low concentrations of dissolved inorganic carbon (DIC) including carbon dioxide (CO2). As such, serpentinization can create competing benefits (replete reductant supply) and challenges (high pH and limited DIC/oxidant availability) for autotrophic microbial life, both today and early in Earth’s history. The Samail Ophiolite in the Sultanate of Oman is the largest surface-exposed site of active serpentinization in the world, thereby providing an accessible field location for studying adaptations allowing microbial life to persist in serpentinizing environments. Specifically, subsurface waters sampled from the Samail Ophiolite exhibited a gradient of geochemical conditions including pH, DIC, and H2 availability that were associated with the extent of serpentinization reaction progress. Such conditions allowed us to investigate the selective pressures that have and continue to drive the diversification of autotrophic methanogens, one of the earliest-evolving organisms, in serpentinizing environments.

Inorganic carbon limitation becomes tangible at Wadi Qafifa, a site where waters that had been circulating through the subsurface of the Samail Ophiolite, possibly for thousands of years, meet the surface. The result is striking. Waters span from white to brilliant blues as highly reacted waters equilibrated with atmospheric CO2, the latter of which precipitated out of solution as solid white carbonate minerals. Locked in solid form, this carbon is difficult for organisms to access. DIC is further depleted from these waters via abiotic reduction to compounds such as formate (HCOO-) and carbon monoxide (CO). How, then, do autotrophic methanogens, which typically couple H2 with CO2 to generate methane, eke out a living in serpentinizing environments? In particular, how might they overcome CO2 limitation in subsurface environments where access to the atmosphere is limited, DIC has been depleted via prior reactions that caused it to precipitate as carbonate minerals, and high concentrations of H2 may reduce DIC to other compounds such as formate and CO? We hypothesized that autotrophic methanogens have diversified their metabolism to be dependent on abiotic products of serpentinization (i.e., formate and CO) rather than H2 as their sole electron donor. Oxidation of formate or CO would yield cytoplasmic CO2 that could then serve as the oxidant and carbon source for methanogenesis. To investigate this, we traveled to the beautiful country of Oman and drove over a hundred miles from the capital, Muscat, into the looming nearly-black mountains of the Samail Ophiolite. There, we sampled subsurface well waters interfacing harzburgite and gabbro bedrock that had been variably impacted by serpentinization reactions. 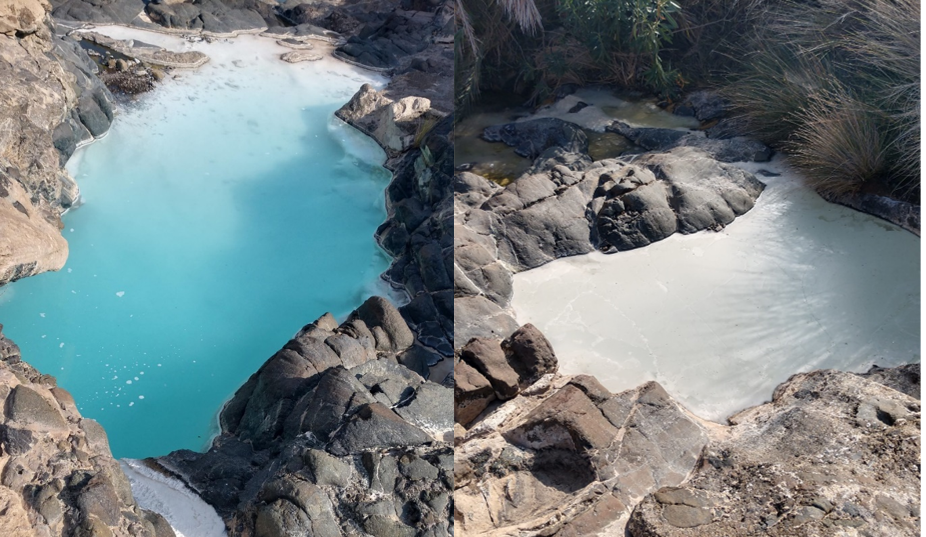 Biomass filtered from fracture waters sampled from up to 85 m depth in the Samail Ophiolite was subjected to DNA extraction and shotgun sequencing. Assembly and binning of reads from eight wells were used to reconstruct the genomes (metagenome assembled genomes or MAGs) for two distinct Methanobacterium lineages. One Methanobacterium MAG (Type I) recovered from circumneutral waters encoded proteins to couple hydrogen oxidation to CO2 reduction, typical of hydrogenotrophic methanogens. The second Methanobacterium MAG (Type II), which is common in more highly reacted (higher pH) waters and that is derived from the Type I lineage, lacked homologs of two key oxidative [NiFe]-hydrogenases. Genomic analyses indicate that these functions are presumably replaced by formate dehydrogenases that oxidize formate to yield reductant and cytoplasmic CO2, allowing cells to overcome CO2/oxidant limitation in high pH waters. This hypothesis was further examined by tracing the conversion of radiolabeled bicarbonate or formate to methane in microcosm assays containing circumneutral or hyperalkaline site waters where these MAGs were prevalent. Significant biological methane generation from formate, but not bicarbonate, was observed in waters where the Type II Methanobacterium population was detected in highest abundance. Single cell genomes affiliated with the Type II population reveal recent and ongoing diversification of the Type II lineage enabled by gene transfer, loss, and transposition. These data indicate that selection imposed by CO2/oxidant availability drove recent methanogen diversification into hyperalkaline waters that are heavily impacted by serpentinization. This study provides new insight into the directionality, mechanisms, and adaptations that may have allowed for the expansion of Methanobacterium populations into ecological niches whose dimensions are shaped by serpentinization. The ubiquity of this group of organisms in environments impacted by serpentinization suggests that these observations are not unique to the Samail Ophiolite and may shed new light on the environment types likely to have hosted the first methanogen cells. 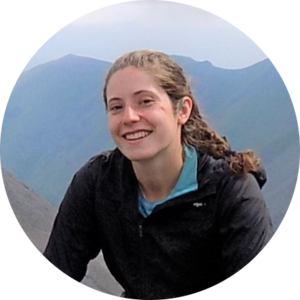