Gluing two proteins where one is a target and the other a cellular factor that could degrade, inactivate, modify, or perhaps even repair the former is an exciting strategy that is anticipated by the inherent 'stickiness' of proteins, which are always just a small change away from a new interaction.
Marcin Józef Suskiewicz
Postdoc, Dunn School of Pathology, University of Oxford
Follow
Like Liked by Ben Johnson and 1 other
0

Let me begin with a metaphor. Imagine a handyperson who comes to fix something in the lab in which you work but without much equipment. They had to fly in and their toolbox, registered as a hand luggage, did not pass the security scan. So they ask you for a screwdriver, a hammer, a wrench, countless other things. It takes some searching, but you actually manage to find all that is needed, and the work gets done. Now that handyperson is a drug, the airport security scan is a cell membrane and other factors that limit what can be introduced into a cell, and your lab (full of tools you didn’t even know you had) – is the cell.

The study by Słabicki, Kozicka, Petzold and colleagues is an impressive recent addition to the research into 'molecular degraders' or 'PROTACs', small-molecule compounds that deplete proteins by 'gluing' them to a ubiquitin ligase, which leads to their ubiquitylation and, ultimately, proteasomal degradation. This time the compound was found by mining clinical and pre-clinical drug databases for molecules whose cytotoxicity correlates with expression levels of one of almost 500 analysed ubiquitin ligase components. The idea behind this approach was to identify drugs that would inactivate a cellular factor necessary for cancer cell viability, yet not directly by inhibition but indirectly by gluing it to a ubiquitin ligase component (hence showing increased killing of cells that overexpress this component and none of cells that lack it). This strategy yielded the compound CR8 – previously known as a cyclin-dependent kinase inhibitor – which was cytotoxic in cells with high expression of the gene for the ubiquitin ligase adaptor protein DDB1. And indeed, the rest of the study beautifully demonstrates and visualises how CR8 induces degradation of one particular protein, cyclin K, by linking it, via cyclin-dependent kinase 12 (CDK12) and DDB1, to the CUL4 ubiquitin ligase.

To use the metaphor introduced at the beginning, CR8 was like a handyperson who managed to remove the problem (protein cyclin K) but not by directly inactivating it (as a traditional inhibitor would do), but by using tools (CDK12, the adaptor DDB1, the ligase CUL4, various core components of the ubiquitin-proteasome system) that were already present on site. Of note, unlike for other degraders that have been characterised in detail, CR8 doesn't link its target to the ubiquitylation machinery directly but via another protein, CDK12. The geometrical constraints in the resultant higher-order complex seem to be such, however, that cyclin K, although indirectly bound, is ubiquitylated efficiently, while CDK12 is not.

A similar strategy to that used to identify CR8 – i.e. data mining for dependencies of drug effects on specific cellular factors – might be more broadly applicable. While harnessing degradation is the best-studied and perhaps the most promising approach, there might be molecules already out there (and further could be designed, perhaps in a more rational manner) that kill cells by inducing phosphorylation, or membrane recruitment, or any other post-translational effect on a cellular component that is the target of the intervention. The advantage of such drugs compared to traditional inhibitors is that they might act substoichiometrically, be more cell-specific (provided the required additional factors are only present in some cells and not others), and target proteins that lack an obvious active site or even a defined fold. In some sense, some of the most successful drugs that are already in the clinics fall into this ‘new’ category of ‘drugs dependent on the cellular toolkit’. For example, PARP inhibitors, which are used against a growing list of cancers, kill cells not by simply inhibiting PARP1, but by trapping this abundant protein on DNA breaks, which aggravates genomic lesions and causes problems mainly in cells already devoid of certain DNA repair components (such as BRCA1/2-mutated cancer cells). Similar strategies might, perhaps, be even used for fighting viral or bacterial pathogens (justifying, I hope, writing this post for a community of microbiologists).

Structural analysis shows that CR8, which was initially discovered as an inhibitor, not a ‘glue’, can promote a new protein-protein interaction via its hydrophobic pyridyl moiety that remains solvent-exposed when the inhibitor is bound to its target. (By the way, other drugs with exposed hydrophobic groups – and surely many such drugs exist, as hydrophobic groups increase lipophilicity, a property that affects lipid bilayer penetration – might also have unexplored gluing potential!) This is a fairly minor change to the protein surface of CDK12 but one that is enough to confer affinity for the ubiquitin ligase complex. It sounds surprising – but should it be?

To answer this question let me finish this post by briefly discussing two completely unrelated papers that highlight the fact that proteins in general might be ‘sticky’ by nature and thus well-suited for treatment with ‘molecular glues’. By ‘sticky’ I don’t mean that they easily undergo non-specific interactions (in fact, they do everything they can to avoid that) but rather that they are able – upon a relatively small change to their surface – to form new specific interactions. Although this phenomenon might explain the incredible complexity of protein-protein interactomes and their fast evolution, as well as processes such as antibody-based immunity, we only now begin to explore just how general it is and what its molecular underpinnings are.

One article in question is a study by Garcia-Seisdedos and co-workers from 2017 (discussed by the authors of the CR8 paper) in which single point mutations designed to increase surface hydrophobicity (but otherwise random) in a set of 12 symmetric complexes from E. coli were enough in 30 out of 73 cases to cause self-assembly of these complexes into long filaments by inducing new surface-surface interactions. Here one has to bear in mind that the mutated proteins were known to form symmetric oligomers, which results in every point mutation effectively causing multiple changes in the potential interface (in other words, the effect of a single mutation is amplified by oligomerisation). Nonetheless, the fact that point mutants introduced without any prior computational design etc. so readily induced new interactions suggests that protein surfaces are generally quite easily transformed into binding surfaces. As Garcia-Seisdedos et al. put it, proteins 'evolve on the edge of ... self-assembly' – and perhaps also on the edge of heteromerisation with other cellular factors.

A second study is a recent paper by Pillai et al. that explored the evolution of the protein haemoglobin, a famous tetrameric oxygen carrier. It turns out that the key evolutionary transition event from a dimer to a tetramer involved just two substitutions, which resulted in a surface that could strongly bind to a different, pre-existing surface on the opposing subunit. The resultant interface involves multiple residues – not just the two that were changed – but the point changes were necessary and sufficient to cross the edge, tip the balance, and make the two surfaces interact.

The CR8 study shows how something similar could happen upon drug binding. Gluing two proteins where one is a target and the other a piece of cellular machinery that could degrade, inactivate, modify, or perhaps even repair the former is an exciting strategy that is in some sense anticipated by the inherent 'stickiness' of proteins in an aqueous environment, which seem to always be just a small change away from a new interaction. Moreover, the success of the drug-induced degradation field suggests that some cellular 'tools' (such as substrate adaptor proteins of the ubiquitin ligases) might, having evolved to recognise multiple native substrates, be more than an average protein ‘willing’ to engage in interactions with non-native substrates modified by drug binding. 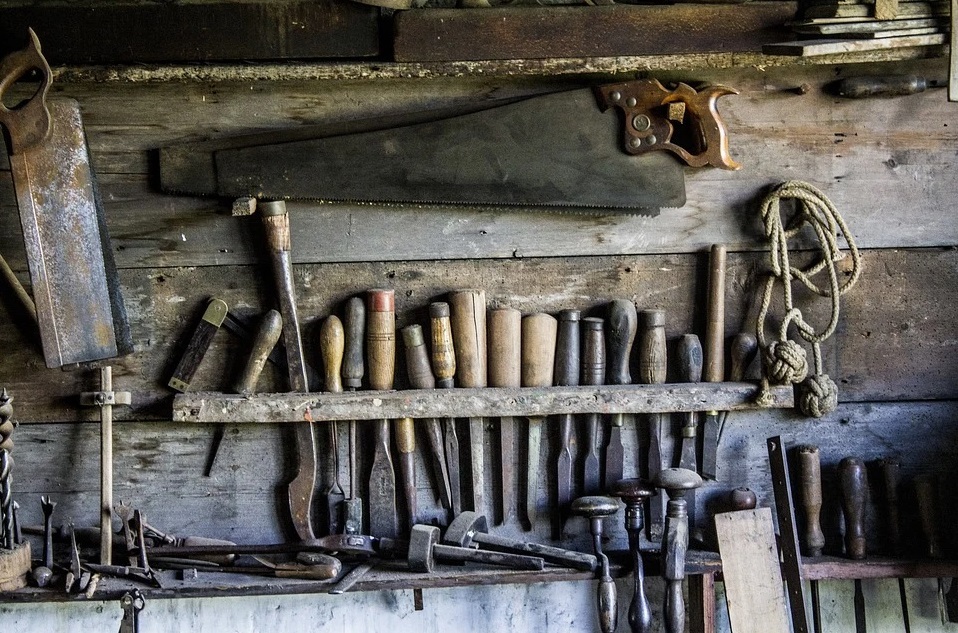 Gluing two proteins where one is a target and the other a cellular factor that could degrade, inactivate, modify, or perhaps even repair the former is an exciting strategy that is anticipated by the inherent 'stickiness' of proteins, which are always just a small change away from a new interaction.