We applied the ethnobotanical approach to drug discovery to identify and test medicinal plants with potential utility in treating virulent staph infections. We offer the first report of triterpenoid acids exhibiting potent anti-virulence effects against MRSA. This is the story behind the paper.

Growing up in south Florida, the Brazilian peppertree (also known as the Christmas berry) was a familiar piece of my childhood landscape (Fig. 1). Native to Central and South America, it was introduced to the US around 100 years ago as an ornamental plant. Since then, it has escaped the garden landscapes and has become a very successful invasive plant—especially in Florida, where it is classified as a Category I (the most problematic) invasive exotic species. Today, you can find it throughout the Everglades and the deep roadside ditches common throughout the southern part of the state.

Despite being hated by Florida locals today, this species (scientific name: Schinus terebinthfolia Raddii) in the poison ivy and mango family (Anacardiaceae) actually has a fascinating history as a key medicinal agent in the treatment of wounds and ulcers, as well as for urinary and respiratory infections. My team, the Quave Research Group, found records dating as far back as 1648, when its medical uses were documented by the Dutch naturalist Willem Piso in Historia Naturalis Brasiliae (Fig. 2). As an ethnobotanist, the relationships that people have with plants and especially their medicinal applications are a point of deep fascination for me. Thus, when collecting plants for inclusion in my library of plant natural products for drug discovery, this invasive species was included.

In 2017, my research group together with our longtime collaborators in the Horswill Lab (Fig. 3), first reported on the MRSA anti-virulence effects observed in “430D-F5”, a flavone rich extract from the fruits of this plant.

Virulence in Staphylococcus aureus is largely controlled by the accessory gene regulator (agr) system. S. aureus releases autoinducing peptides (AIPs) into the extracellular environment, and this means of quorum sensing is key to the up and down-regulation of a suite of virulence factors, including toxins responsible for hemolysis and tissue damage in a host. We were interested in finding plant natural products that could act as inhibitors of this system as a means of battling infection without necessarily placing the strong selective pressures for resistance observed in classic antibiotic therapies (Fig. 4).

This research project took us to the hot swampy environments of my hometown in DeSoto County, Florida, where I led a group of Emory undergraduate students on a large collection trip to find plant species documented in historic medical texts as remedies for infections (Fig. 5).

Before sunrise each morning, we geared up in field clothes, armed with clippers, plant presses, collection bags and our notebooks, and then set out to different ecosystems—sand dunes, swamplands, pastures, oak hammocks—to collect (Fig. 6). We had no difficulty in finding plenty of peppertree samples for collection due to its abundance throughout the wetland landscapes.

In the evenings, we worked on carefully arranging our plant specimens in plant presses for herbarium deposit, recording the details of each specimen in our growing database (Fig. 7).

Back in the lab, Huaqiao Tang, a visiting scholar from Sichuan Agricultural University in China, worked with the team to isolate the most active constituents found in 430D-F5 (Fig. 8). This involved pulverizing and extracting large batches of the peppertree fruits, and then subjecting them to sequential rounds of partitioning, flash chromatography and preparative HPLC.

Once we had some highly active compounds isolated via these screening efforts, natural products chemist, Dr. Gina Porras, and pharmacognosist, Dr. James Lyles, elucidated the structures by mass spectrometry and NMR. Luckily, due to the efficiency of our custom built LEGO® MINDSTORMS robotic open bed fraction collector system (Fig. 10), we were able to isolate sufficient quantities of pure compound to form crystals for single crystal X-ray diffraction with Dr. John Bacsa in the Emory X-ray Crystallography core. These efforts resulted in determination of the full structural conformation of three bioactive triterpenoid acids.

In addition to their impact on agr, we wanted to better understand any other relevant targets that these compounds were affecting in S. aureus (Fig. 11). Morgan Brown, Ph.D. candidate in the Horswill Lab, undertook a series of mechanistic assays that revealed an interesting impact on agr-independent nuclease, suggesting potential interactions with the sae system in addition to agr. She also confirmed that the in vitro effects observed in the lab translated to efficacy in a mouse skin infection model.

The results of this collaborative effort spanning the disciplines of botany, chemistry, pharmacology and microbiology culminated in the first report of triterpenoid acids with potent activity against virulence pathways in S. aureus. The paper reporting these new findings is now available through Open Access in Scientific Reports. 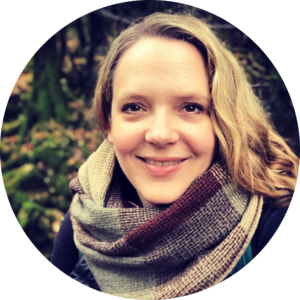