Photosynthetic microalgae and their microbiome are major contributors to the global carbon cycle. We investigated their spatiotemporal interactions in the laboratory by using a new cultivation technology called a “porous microplate”.
Hyu Kim
Research Assistant, MIT
Follow
Like Liked by Evelina Satkevic and 2 others
0

Microalgae are responsible for half of the atmospheric carbon fixation by photosynthesis every year. They also hold potential as a sustainable bioenergy source due to their high biomass yield and lipid content.

This environment is rich with organic carbon produced by the algae via photosynthesis, and this soup of organic matter can become an ideal ecosystem for bacterial growth. The complex behavioral and biochemical interactions between algae and bacteria influence the fate of this carbon, but we currently lack a mechanistic understanding of how different members of the algal microbiome are adapted to take advantage of this unique ecosystem.

Testing for the algal phycosphere in the lab

For decades, researchers hypothesized that in the ocean that can be very sparse with nutrients, these bacteria are locally recruited very close to an algal cell in a region called the “phycosphere”, the small volume of water around a single cell. They also wondered – “Can we detect and measure living bacterial cell activities within a phycosphere” – but this has been difficult to address because it has not been possible to track single bacteria and their locations in relation to algal cells over the course of an algal population growth cycle, typically a week or more.

A few years ago, Dr. Xavier Mayali at Lawrence Livermore National Laboratory and Professor Cullen Buie at Massachusetts Institute of Technology (MIT) co-devised a concept to address this question, by adopting a microplate that enables metabolic exchange between microbial populations and precise control of physical distance between them. This microplate is made of a porous material, allowing effective diffusion of cell metabolites, but it blocks physical contact from one culture well to another because of its pore size being smaller than the cell. I was later recruited as an MIT graduate research assistant to make this idea a reality.

Our team decided to use a diatom called Phaeodactylum to examine this concept, and first established a protocol to properly incubate this organism in the porous microplate in the laboratory. Strikingly, this new protocol brought an unexpected result; Phaeodactylum reached cell densities up to 300 million cells per milliliter, roughly 20 times higher than in standard culture conditions. After some follow-up experiments, we discovered that inorganic nutrients continuously supplemented the culture well as they were being consumed, via diffusion through the porous structure from the outside of the microplate. A simple calculation from this density suggested that the algal cells become extremely densely packed, meaning that the average distance between centers of adjacent cells is roughly the same as the cell radius.

After confirming that the porous microplate system could create a spatially organized nutrient environment for microbial cultivation, we set out to see how algal-associated bacteria grow in this unique environment in a spatially dependent manner. We used a mathematical model based on the laws of diffusion to confirm that the nutrient profiles in the microplate and around a single algal cell were similar when scaled by its maximal value at the center, which enabled the use of the microplate system to “expand” the phycosphere and sample it over time. The next task was to see how different algal-associated bacteria grow at different distances from the algae. The results show that bacteria grow to a higher abundance when placed closer to the algal center well, as might be expected in the real phycosphere environment.

Next, we tested how algal-associated bacterial communities respond to their algal host as a consequence of their distance away from the algal cells, again using the porous microplate. To do this, bacterial communities were placed in the surrounding wells and Phaeodactylum in the center well of the microplate so that the algal metabolites could diffuse to the bacterial wells. Similar to the phycosphere concept, culture wells closer to the algae approximate the phycosphere, while wells further away can be considered outside the simulated phycosphere. After seven days, the community composition was analyzed via DNA sequencing, revealing that certain bacteria grow better when closer to the algal culture (in the simulated phycosphere), and other bacteria grow better further away from the algal culture (just outside the simulated phycosphere). This suggests that different algal-associated bacteria exhibit unique adaptations to different locations within the algal phycosphere.

Overall, this new method is highly effective for algal cultivation, allowing them to accumulate to their theoretical limit (~108 cells/ml), by continuous supplementation of fresh nutrients via diffusion. This may have a fundamental impact on efforts for increased and more efficient algal biomass production at large scales. This system also facilitates investigation of community-level microbial interactions in complex small-scale ecosystems mediated by metabolite exchange, and shows that the algal phycosphere is a complex ecosystem which allows multiple microbial groups to thrive in different locations within the microscale environment.

I’m a PhD student developing bioinstrumentation and statistical tools for microbial studies. Having a broad interest in microbial interactions and high-dimensional statistics, I intend to use my expertise in building a sustainable environment and society. 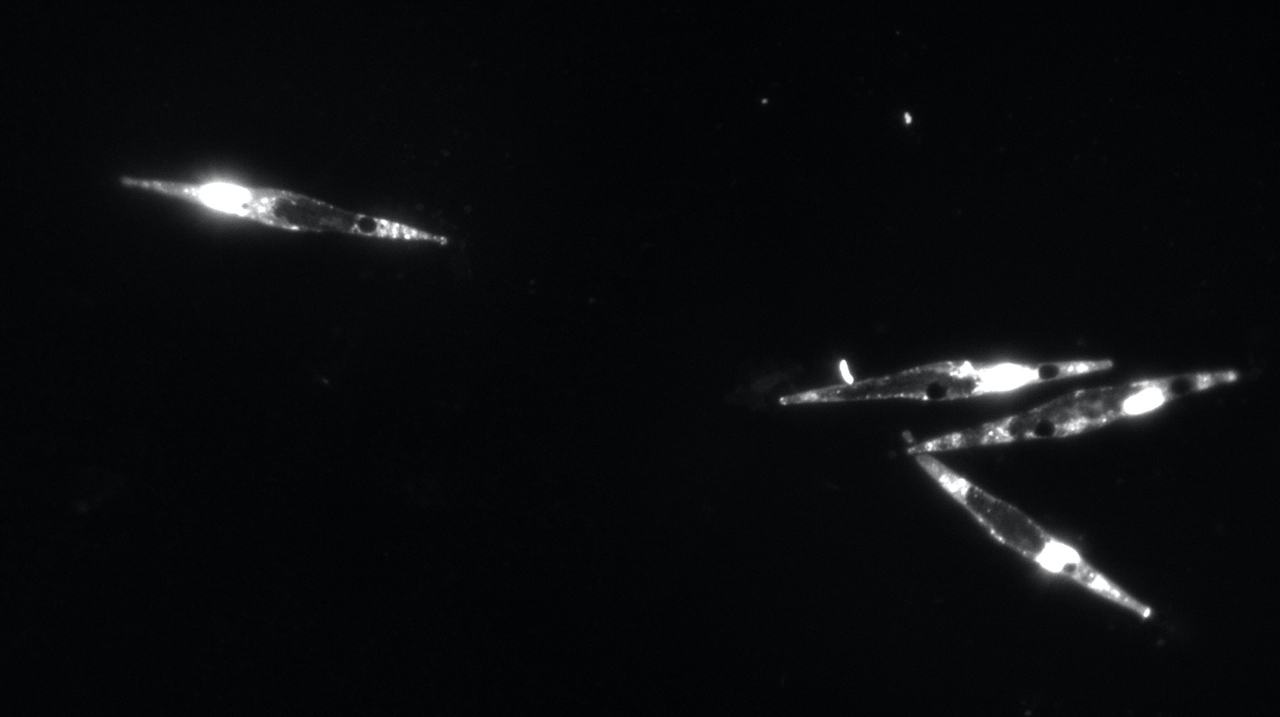 Photosynthetic microalgae and their microbiome are major contributors to the global carbon cycle. We investigated their spatiotemporal interactions in the laboratory by using a new cultivation technology called a “porous microplate”.