Tropical forest soils are among the largest natural sources of the greenhouse gas nitrous oxide; however, despite being the world’s second-largest rainforest, measurements of emissions in the Congo Basin are scarce. Our observations over the course of an entire year yielded unexpected results.

The Congo, the center of Joseph Conrad’s famous novel Heart of Darkness, is a fascinating place. It is not only home to endemic species such as Okapis, Bonobos and lowland Gorillas but has undergone political turmoil since its colonialization. Access to the Democratic Republic of Congo became increasingly difficult after its independence from Belgium, and came to a complete halt during the Congo wars. With ongoing conflicts in the country, access remains difficult to this day and research conducted there is understandably scarce.

Our biogeochemical understanding of the second largest tropical rainforest is very limited compared to other tropical forests such as the Amazon, forests of South East Asia and Australia. This is particularly concerning, since tropical forest soils are predicted to be among the largest natural sources of the greenhouse gas N2O. Given its vast size and thus potential to significantly contribute to global N2O emissions, it is important to understand the Congo Basin’s nitrogen cycle in more detail.

With this in mind we set out to the Democratic Republic of Congo for a first scouting expedition in 2017, to investigate the spatiotemporal dynamics of soil N2O emissions. As representative forest types we chose a montane forest of the Albertine Rift region close to the border with Rwanda and a lowland forest covering 44% of the Basin, through which the mighty Congo river meanders its way to the coast. This first scouting expedition revealed unexpectedly low N2O emissions in both forest ecosystems, which was surprising given the high emissions observed in other tropical forest soils. In addition, only minor temporal variations were observed in both forests.

These findings were the motivation to perform an in-depth, year-long analysis of N2O fluxes at our two study sites, and to combine isotopic and functional gene analyses to better understand the underlying mechanisms of these low N2O emissions.

Our study of N2O fluxes led us deep into the lush Congolese jungles, where roads, running water, electricity and phone coverage were absent. Access to our study sites was only possible by motorbike (often sharing a motorbike between 3 people), and via a network of makeshift dirt roads linking remote villages and winding their way ever deeper into the heart of the Congo.

At our research sites we installed flux chambers at the soil surface to measure N2O emissions (see Figure below); we used soil gas probes to assess the N2O concentration and isotopic composition of subsurface soil pore N2O at various depths; and we collected soil samples next to the flux chambers, in order to analyze the gene abundance and expression of N-cycling marker genes in the local community.

The timeseries of N2O fluxes confirmed our previous observation of low N2O emissions in both forest ecosystems. By combining isotope and functional gene analysis we were able to better understand N-cycling in these forests and to unravel the mystery of these low emissions—a high reduction of N2O to N2.

This finding has a broader implication for the forest N budget in the Congo Basin. Unlike Neotropical forests, Central African forests were observed to have higher N inputs than outputs mainly derived from intensive seasonal biomass burning. Since N2O emissions from forest soils are rather low and unable to explain the missing N sink observed in these forests, future research should focus on alternative N-loss processes such as NO or N2 via Feammox (coupled iron reduction-ammonium oxidation) as well as hydrological particulate organic nitrogen losses via rivers and streams.

More than valuable research data, our study produced a wealth of invaluable experiences. During our measurements deep in the Congolese jungles we were often confronted with a feeling of complete isolation, especially evident during midnight measurements when only fireflies illuminated the darkness and the religious singing of local communities broke the nocturnal silence. The narratives of Conrad’s Heart of Darkness became very lively as we found ourselves in our own adventure amidst the endless green of the jungle.

More information on the project can be found at: 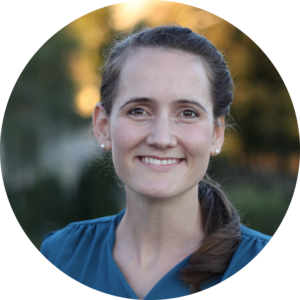