Nitrifier communities are resistant to warming and elevated carbon dioxide, but sensitive to drought

Soils provide invaluable ecosystem goods and services, without which our daily life would be severely affected. For example, the millions of microorganisms that comprise the soil microbiome play a major role in nutrient cycling and thus in plant nutrition. Among them, ammonia-oxidizing bacteria (AOB) and archaea (AOA) catalyze the first step of the nitrification process, a main rate-limiting step in soil nitrogen cycling. These microorganisms take up NH4+ and convert it to NO2-, which is subsequently converted to NO3- by other microbial groups. Although AOA and AOB have been extensively studied in soil, the recent discovery of complete nitrifiers (comammox bacteria) that catalyze the full conversion of NH4+ to NO3- has offered the potential to revisit the relative contribution of each microbial group to the N cycle.

In our group at the University of Vienna, we focus in understanding the effects of climate change on terrestrial ecosystems, with a special focus on soil microorganisms. An often overlooked aspect of climate change is the dynamic interplay between multiple variables: elevated CO2, warming and change in precipitation. Using an experimental facility at the Agricultural Research and Education Centre in Raumberg‐Gumpenstein (Austria), we set out an experiment to understand the effects of climate change on the nitrification process, including an assessment of AOA, AOB and comammox. The experiment included manipulations of CO2 (+ 300ppm), air temperature (+3°C), and drought through automatic rain-out shelters. This unique setup enabled us to assess the individual and combined effects of three environmental variables in situ, therefore being a better representation of natural conditions than laboratory incubations. 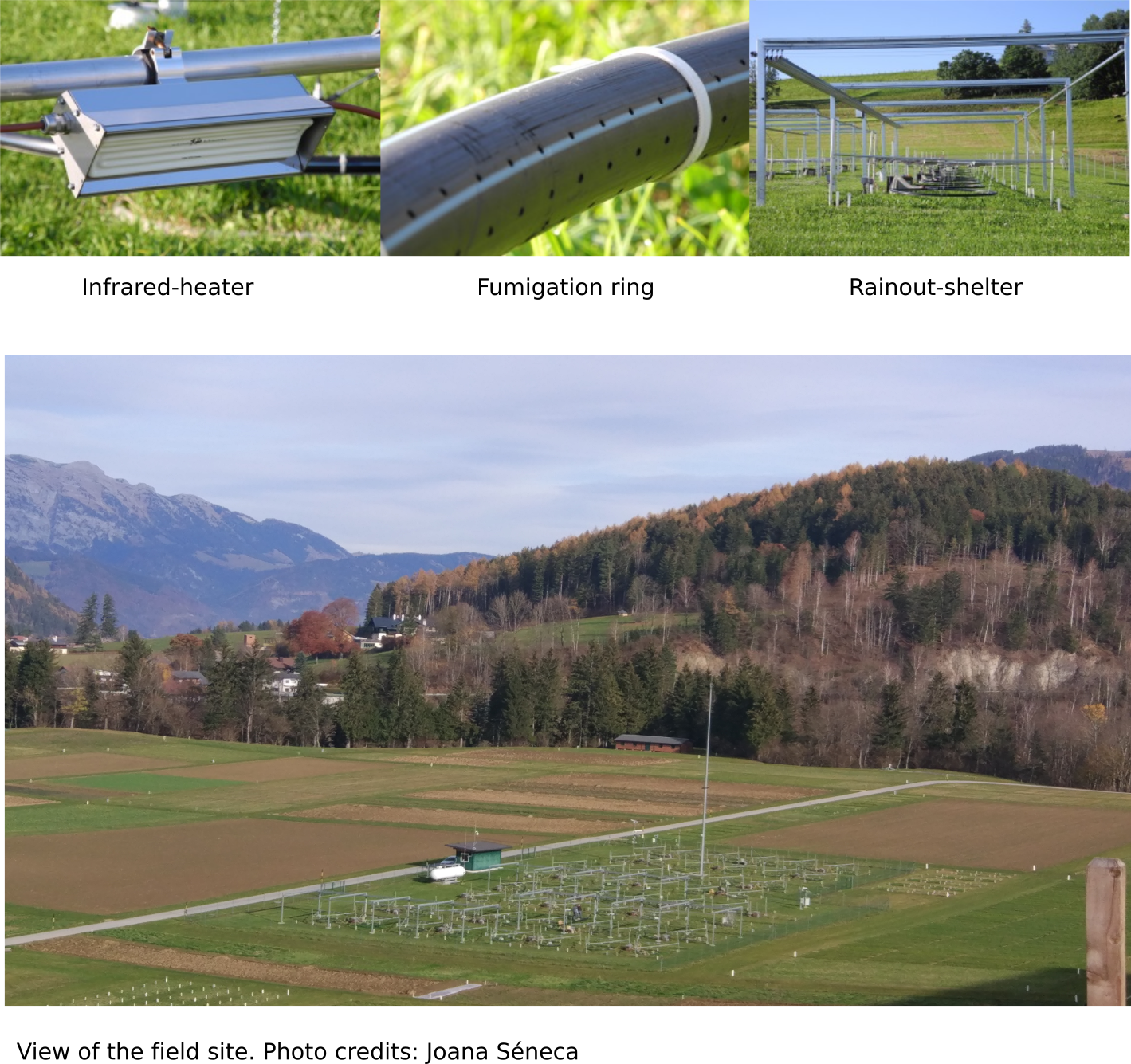 We coupled functional gene sequencing (amoA), qPCR transcript quantification and estimates of gross nitrification rates, as an attempt to link microbial identity and abundance with activity. To our surprise we found that N transformation processes, as well as gene and transcript abundances, and nitrifier community composition were remarkably resistant to individual and interactive effects of elevated CO2 and temperature. Instead, drought caused most of the changes. AOA and comammox decreased their amoA transcription levels, while AOB amoA transcription levels (the highest between all three groups) showed no change in response to drought. At the same time, nitrification rates were either maintained or increased. We explained these results mainly by a decreased plant N uptake under drought, which caused NH4+ and organic N to accumulate. This might have i) favored low substrate affinity ammonia-oxidizers such as AOB and ii) inhibited some of the other groups which are more sensitive to NH4+ levels.

A shift in the ammonia-oxidizing population towards AOB under drought should not be overlooked, particularly because AOB produce the highest yield of the potent greenhouse gas N2O out of the three known ammonia-oxidizing groups. Therefore, while nitrifier communities in grassland ecosystems might be resistant to direct warming and elevated CO2 effects, the indirect alteration of the hydrological cycle might have stronger consequences on the terrestrial N cycle.

In case you want to know more about our research and the experimental site, here are some relevant links: