A nearly 10 year effort has culminated in a treatment for Chagas disease that is 100% effective in naturally infected non-human primates
Rick Tarleton
Regents' Professor, Center for Tropical and Emerging Global Diseases, University of Georgia
Follow
Like Liked by Salvatore Mandalà and 3 others
0

A newly discovered benzoxaborole prodrug AN15368 cures Trypanosoma cruzi infection (the cause of Chagas disease) in mice and in naturally infected non-human primates.

The story behind this paper begins more than 50 years ago when nifurtimox (Lampit; by Bayer in 1967) and benznidazole (Rochagan and Radanil; by Roche in 1972) were implemented in the treatment of Trypanosoma cruzi infection, the cause of human Chagas disease [1]. Although these two drugs have variable efficacy and significant side effects, and thus are infrequently used, they remain the only options for the millions currently infected and many more at risk of T. cruzi infection in the Americas and beyond.  Despite several clinical trials of candidate drugs over the last 10-15 years, no compounds have been found that reach the rather low bar established by these two drugs. The lack of a routinely effective and safe treatments has also diminished the impetus to track new infections; thus, estimates of the numbers of people infected are imprecise.  Finally, as T. cruzi infections very rarely resolve spontaneously, undiagnosed infections can eventually lead to the crushing impact of heart disease and failure that frequently accompany this persistent infection.

Like other diseases of poverty, Chagas disease attracts little attention from profit-seeking companies, and outside of Latin America, there are few academic labs that study this parasite and the infection it causes.  Hence, Chagas has well-earned the designation of the “most neglected of neglected diseases” [2].  Mine is one of those few labs that concentrate on T. cruzi infection and that interest was driven initially by the challenge of understanding in particular why a potent and protective immune response routinely fails to resolve this infection – for decades. Our interest in drugs to treat the infection began with our attempt to use benznidazole (BZN) as a tool to understand anti-parasite immunity - by curing an established infection as a means of “vaccination” [3, 4].  We rather quickly found what physicians in Latin America had long known – that BZN had the potential to cure, but also frequently failed [5].  In parallel, our collaborative work with Chagas immunologist Susana Laucella and the late cardiologist and Chagas treatment-enthusiast Rodolfo Viotti [6-8] in Buenos Aires exposed us to the limitations of BZN as a treatment for human T. cruzi infection and stimulated our interest in improving treatment outcomes.

BZN treatment has continued to be an excellent immunological tool for us, and we have also learned how it can be more effectively dosed (higher doses less frequently over a longer period of time [9]) as well as some of the reasons why it may fail (some parasites in an infected host are metabolically inactive/dormant at any particular time and thus are not susceptible to prodrugs like BZN [10]).  So, while BZN is certainly not useless as a therapy, it is far from optimal as currently used.

In 2009 with funding from the NIH, we organized the first of what would be five Chagas Disease Drug Consortium meetings to bring together groups with diverse interests and abilities to share experiences and to hopefully form collaborations based on complementary expertise to promote drug discovery in Chagas disease. Indirectly, these efforts put the lead investigators in this project, Eric Easom at Anacor Pharmaceuticals, Bob Jacobs at Scynexis/Anacor and me at the University of Georgia in contact and into collaboration using the unique boron-containing library of compounds that Anacor was already exploiting for its work in other neglected tropical diseases (NTD) [11-15].  We were rapidly able to demonstrate effective cure in mice with a benzoxaborole lead compound [5] and with this promising data in hand, we succeeded in obtaining support from the Wellcome Trust for discovery and Investigational New Drug (IND)-enabling pre-clinical development of a compound from this class.

This was an exceptionally collaborative and successful project, the results of which are described in this manuscript.  That success is due to a number of aspects of this research effort.  First and foremost, the collaboration was complete and full-force. As its history had already shown, Anacor was wholly committed to work in neglected tropical diseases – this was not a side project or an occasional philanthropic effort that could come and go depending on changes in corporate structure and individual motivations.  Instead, NTD work was an integral aspect of Anacor.  The interaction also involved seasoned scientists with highly complementary skill sets and great respect for each other’s expertise.  Decisions on drug design and evaluation were made collaboratively and with both sides learning from the other.

Second, the financial and logistical support of the Wellcome Trust was critical.  In particular, the first two program officers overseeing the project, Keith Spencer and Daniel Gill, made progressing the studies with minimal interference and maximal flexibility a top priority. An important example of this was how the Trust helped navigate the difficult period when Anacor was purchased by Pfizer and oversight of the project had to transition from the small-scale corporate structure of Anacor to the academic environment of the University of Georgia.  Gaining approval for the studies in NHP and re-budgeting for synthesis of more highly purified compound for those studies were central to the success of the project.

Third, the excellent and accessible animal models for use in Chagas disease were essential to the success of this project.  T. cruzi naturally infects most mammals including mice, and experimental infections in mice were integral to rapidly progress compounds with strong in vitro activity into quick (<1 week) efficacy studies. Infections in mice were also central in the selection of the candidate for further testing, based upon excellent cure activity at the lowest doses and shortest treatment periods.  The accessibility of non-human primates (NHP) with naturally acquired T. cruzi infections due to their indoor/outdoor housing in research facilities in the southern U.S., provided the most striking result in this project. Previous clinical trials of drugs for treatment of T. cruzi infection were preceded by some promising rodent studies but these compounds were not evaluated in NHP trials before testing in humans, where they failed badly [16, 17].

Lastly, luck played an important role in this project, as it does in many complicated but ultimately successful projects.  Herein, it was the mis-typing of the ID number of a compound to be shipped for testing of anti-T. cruzi activity that led us to the compound class from which the clinical candidate was ultimately selected. The project likely would have eventually gotten to this point without this “mistake”, but luck got it there more quickly.

The end result of all these factors is the first, extensively vetted and apparently safe compound suitable for progression to human clinical trials in over 50 years.  Although this is very promising, several opportunities for failure still lay ahead.  Manufacturing and toxicity studies are currently in progress and are not guaranteed to succeed. Further, even if AN15368 clears these hurdles and despite the high promise of this compound class, funding for human clinical trials is, very unfortunately and disconcertingly, not assured. The NHP trial used in this work was designed based upon treatment protocols used with less effective drugs (BZN) and preceded knowledge of the role of T. cruzi dormancy in treatment outcomes [10].  Shorter treatment courses may be possible in humans and should be considered if AN15368 progresses to the clinical trial stage.

Even if AN15368 fails before clinical trials or in those trials, its success to this point provides a good roadmap for the development of other anti-T. cruzi drugs.  In particular, taking advantage of the natural host species of T. cruzi to rapidly and rigorously validate in vitro hits for in vivo efficacy, and especially, confirming efficacy in large animal models such as NHP or dogs is essential before proceeding to human clinical trials.  Such animals with naturally acquired infections are abundantly available, and trials in them can be done ethically, as in our case where cured animals were returned to the breeding colonies.  Such cured animals presumably have much lower risk of morbidity and early mortality compared to their infected, untreated counterparts.

As this manuscript awaited publication, results of another failed human clinical trial in Chagas disease was reported, this one accompanied by an incidence rate of adverse events of 100% and one death [18].  As with previous trials, this one was preceded by minimal and relatively unimpressive rodent studies as the sole basis for the efficacy trial in humans. This continued poor record in human clinical trials in Chagas is almost certainly avoidable; studies using the available experimental and natural infection systems for rigorous assessment of anti-T. cruzi compounds should be made an essential step before experiments in humans.  These other animals systems may not always perfectly model what can occur in humans, but not to take advantage of these resources, somewhat unique to T. cruzi and Chagas disease, is insupportable.

If anything, the SARS-CoV-2 pandemic has taught that effective interventions such as vaccines and drugs can be very rapidly developed and safely deployed if the threat is considered sufficiently severe.  It should not take 50+ years to effectively respond to a disease affecting millions.  Chagas is a solvable problem [19]. 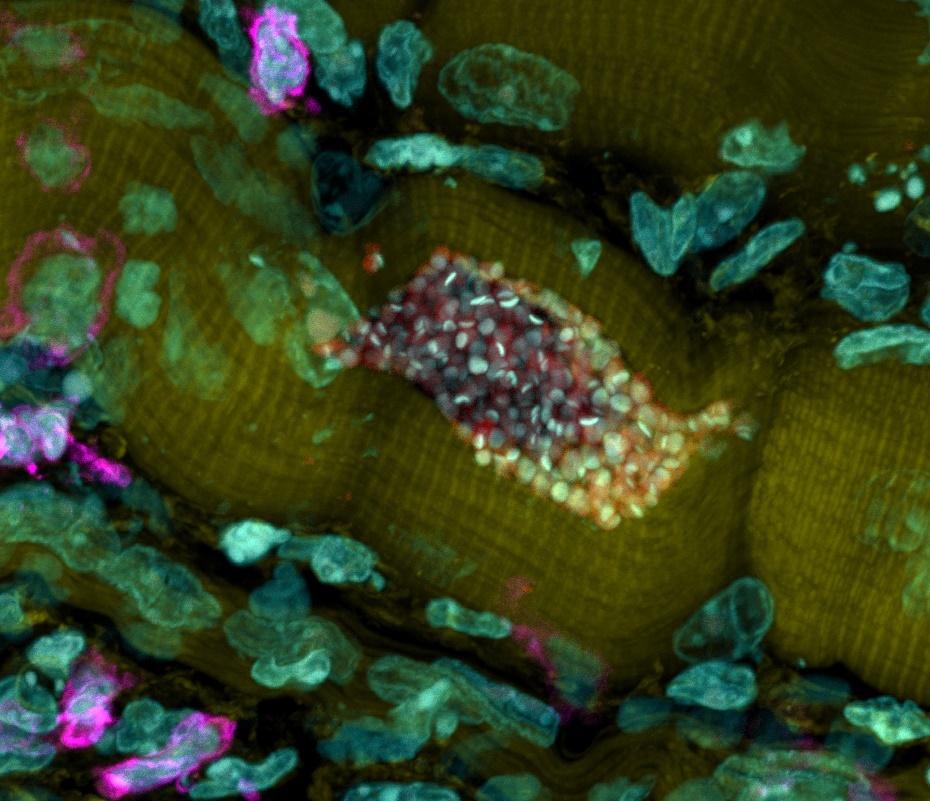