In an attempt to understand the mechanism of IgG mediated protection against malaria, neutrophils were identified as the dominant leukocyte subpopulation displaying strong IgG dependent opsonic phagocytosis of extra-cellular malaria parasites, as determined using an unbiased ex vivo assay.

+2
Asier Garcia-Senosiain and 2 others View all
PhD student, Statens Serum Institut and University of Copenhagen
Follow 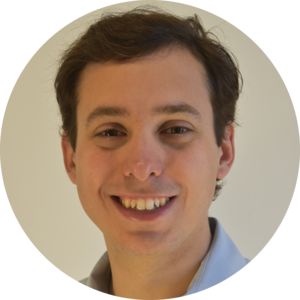 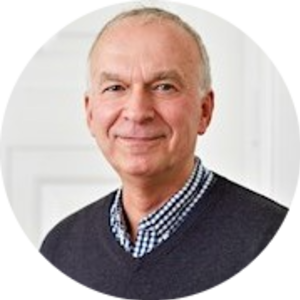 Exploring the role of blood leukocytes in immunity against febrile malaria

Five species of the protozoan parasites of the genus Plasmodium cause malaria in humans, of which Plasmodium falciparum alone accounts for >99% of the malaria cases in Africa, and is responsible for over 93% of all malaria deaths. The asexual development of P. falciparum parasites in human blood is responsible for all clinical disease symptoms and death [1]. This asexual parasite development happens within erythrocytes, and upon completion of the intra-erythrocytic multiplication daughter merozoites (the extracellular parasite progenies) are released, which quickly invade new erythrocytes (Figure, left panel).

Naturally Acquired Immunity (NAI) against febrile malaria occurs in endemic regions after multiple infections over years, and it is understood to be mediated by antibodies, mostly of the IgG class. However, the mechanisms through which these protective IgG confer immunity remain elusive [2, 3]. Earlier studies indicated that anti-parasite IgGs may directly prevent merozoite invasion in erythrocytes [4]. Now, there is an increasing acceptance that antibodies may also collaborate with leukocytes to eliminate parasite from the blood.

Anti-parasite IgG, particularly of the cytophilic subclasses (IgG1 and IgG3), are understood to act in co-operation with leukocytes through the Fc gamma receptors (FcγR) present on the surface of these immune cells [5]. There are variations in the types and levels of FcγRs expressed on different leukocyte subsets neutrophils [6], and additionally these FcγRs display different binding affinities to Fc domains of cytophilic antibodies [7]. Engagement of different FcγRs on surfaces of different leukocyte subpopulations, thereby trigger different cellular responses ranging from production of soluble factors [8] and / or phagocytosis [9-11] leading to killing of parasites. Most of the cell-based bioassays investigating IgG mediated parasite killing have relied on the use of pre-selected cell types such as monocytes [8, 12] or neutrophils [13], or use of permanent cell lines belonging to a definite lineage [13]. We have for the first time analyzed the contribution of different human leukocyte subsets in mediating IgG-dependent phagocytosis of merozoites using an unbiased ex vivo bioassay consisting of natural distribution of leukocytes from peripheral human blood samples.

Using an in vitro phagocytosis assay, which included all peripheral blood leukocytes (in proportion to their normal composition in peripheral blood) we investigated the role of different cell types and their respective FcγRs in IgG mediated phagocytosis of blood-stage P. falciparum merozoites. We identified neutrophils and monocytes as the two major phagocytic cell types, and that the levels of antibodies deposited on the merozoite surface determined which cell type played the dominant phagocytic role. Higher levels of antibody deposition on merozoites, stimulated neutrophils to play a dominant phagocytic role, while at lower antibody levels monocytes played the dominant phagocytic role (Figure, middle panel). While our work was being finalized for publication, another recent study reported that peripheral blood neutrophils in a whole-leukocyte assay play a prominent role in the clearance of P. falciparum sporozoites demonstrating their role in pre-erythrocytic stage malaria immunity [14]. Collectively, these studies highlight the importance of IgG mediated activation of neutrophils mediated phagocytosis of malaria parasites, a phenomenon which remained under appreciated so far in our understanding about immunity against malaria.

Phagocytosis is mediated by different FcγR in neutrophils and monocytes

IgG-dependent phagocytosis by neutrophils contributes to protection from febrile malaria

Further, using the phagocytosis assay we tested association between IgG-dependent opsonic phagocytosis of blood-stage P. falciparum merozoites and protection against febrile malaria in two different longitudinal cohort studies (LCSs) performed in two diverse geographical regions, Ghana and India, respectively. We found that this IgG dependent opsonic phagocytosis activity by neutrophils was strongly associated with protection against febrile malaria in both LCSs, again demonstrating the importance of the IgG mediated neutrophil phagocytosis in immunity against malaria through use of immune-epidemiological observations.

In conclusion, our findings highlight a new and important mechanism of action for the protective role of IgG against malaria, which involves triggering enhanced opsonic phagocytosis of parasites by neutrophils, which acts in concert with other IgG-mediated parasite killing mechanisms.