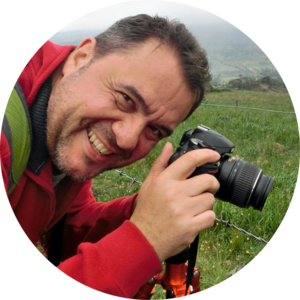 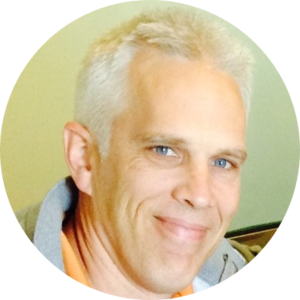 Imagine a census of a population of 3 million people. Now consider that only 150,000 of these people had a name and a valid, government-issued document connecting that name to the corresponding person. Imagine further that many of those people had more than one name, having been married one or several times or just because they felt like changing their name every once in a while. You end up with 150,000 people having 300,000 different names, while the remaining 2.85 million have none. In a way, that is what is happening in the fungal kingdom.

Like animals, fungi are heterotrophic organisms, meaning they need to obtain their energy from organic sources. Fungi are ubiquitous and perform essential ecosystem processes as decomposers of organic matter, pathogens, and symbionts. They are of great economic importance as food and food additives, agents of diseases and sources of biocontrol agents, industrial enzymes and biofuel, and pharmaceuticals. A classic European picnic composed of bread, wine, cheese and truffles in a beautiful forest of oak and pine trees would be unthinkable without fungi.

Back to the census. Nearly 150,000 species of fungi have been described up to this day1 and a third of those have had a DNA sequence published. Many of them have been named more than once or have been moved around in the fungal classification system, as taxonomic knowledge improves. As a result, the very same fungus may bear more than one and often multiple names. Most of these cases are of relevance only to taxonomic specialists, but when an ecologically or economically important fungus has more than one name, complications arise. One example is the rice blast fungus, an important disease agent of rice. After corn and wheat, rice is the third most important staple food crop globally. It is essential to have a consistent label for the species that destroys the amount of rice that could feed an entire country in a year. When searching online for "rice blast fungus", the scientific name Magnaporthe grisea likely comes up first. Next on the list would be Magnaporthe oryzae. Yet, the correct name is Pyricularia oryzae! The reasons for this lie in the often surprising discoveries of DNA-based research and the intricate rules of scientific nomenclature, explained in our paper linked below.

But that's not all of it. While the currently known 150,000 fungi have more names than they actually need, a large chunk of the global fungal diversity has no name at all. How come, given that countless fungal taxonomists and mycologists have been working non-stop for the past nearly three centuries to catalog this diversity? One of the reasons is the aforementioned surprises arising when looking at fungi using DNA-based techniques. More often than not, what we believed to be a single species, such as the charismatic fly agaric or the delicious chanterelle mushrooms, in reality are several to many species2. The world record is currently set by a lichen fungus in the genus Cora where a single species turned out to be several hundred3! Of course, this frequently happens to ecologically and economically important Fungi. Thus, the aforementioned Magnaporthe grisea represents a complex of several species and only one of these, now named Pyricularia orizae, is the actual rice blast fungus4.

The unnamed chunk of the fungal kingdom is currently estimated at 2.85 million species, for a total of 3 million, with a possible range between 2.2 and 3.8 million1. To put this figure into perspective: it means that within nearly 300 years, presumably only about 5% of all fungal species have been described! How are we ever going to finish, especially before most of the natural habitats on our planet have vanished, and with them the undiscovered species? These species have unknown roles in ecosystems and hold the promise of industrial and medical applications yet to be determined. One approach has arisen that literally is a game changer to unravel this hidden diversity: high-throughput sequencing. It allows environmental metabarcoding, a thorough sweep of our entire environment for everything that's there, by simply collecting and analyzing the DNA of a sample of soil, water, air, plant, animal, or a building environment. The Sequence Read Archive (SRA) at the National Library of Medicine (NLM) in the U.S. accumulates these data as a public repository. It contains 16 billion DNA sequence reads alone from the marker commonly used as DNA barcode for fungi, and this number is rising exponentially. It does not take much to realize that a broad sampling effort across the globe could document nearly all existing fungi in a short time. So what's the catch?

The problem is that this method only generates DNA sequences. By looking at these, we can detect an organism, but we cannot fully document it. We could do sophisticated bioinformatic analyses on these data and come up with a near-complete Tree of Life for all fungi, but we would know nothing about their morphology and little about their ecology. While some of these fungi can be cultured and subsequently linked to the initial sequence data, for most of these lineages we would be unable to attach an actual physical specimen to a sequence. Because of this, the rules of nomenclature, for fungi written down in the International Code of Nomenclature for algae, fungi and plants (ICNafp), do not currently allow formal names for organisms that are only known from sequence data. There are several reasons for this, some well-founded and some disputed. The mycological community has engaged in a lively discussion about this topic, like other research communities working on microorganisms including those dealing with Bacteria and Archaea5. How this discussion is proceeding amongst mycologists, and what possible solutions are at hand, is elaborated in our paper, spearheaded by the International Commission on the Taxonomy of Fungi (ICTF) in collaboration with other experts:

* The work of CLS was supported by the Intramural Research Program of the National Library of Medicine, National Institutes of Health.

Poster image showing the molecular fungal "universe", derived from figure 3 in the paper linked above, originally created by our co-author, Duong Vu.