Studying host-pathogen interactions has led to insights into microbial pathogenesis, but also into eukaryotic cell biology. This work details how a bacterial pathogen intercepts and rewires the host actin cytoskeleton for cell-to-cell spread using a strange glycine-rich protein.
Norbert (Bisco) Hill
Research Associate, University of California, Berkeley
Follow
Like Liked by Cesar Sanchez and 4 others

Microbial pathogens have evolved innovative ways to manipulate host signaling pathways to establish infection and enable dissemination. Microbes can hijack eukaryotic host factors in a focused and amplified manner, which presents an opportunity to study eukaryotic cell biology that may normally be too transient or diffuse to appriciate1. There's maybe no better example of this theme than what has been learned about the actin cytoskeleton through examining the microbes that commandeer it2.

The research here focuses on a bacterial pathogen called Mycobacterium marinum and its ability to intercept and utilize the host actin cytoskeleton (Fig. 1). When M. marinum infects a host cell, it gains access to the cytoplasm and directs actin polymerization against its surface to turn itself into a projectile3,4. This virulence trait, known as actin-based motility, enables M. marinum (and a handful of other microbial pathogens) to muscle its way into a neighboring cell for cell-to-cell spread and tissue dissemination5. However, the M. marinum factor coopting host actin assembly was unknown, and we were curious if this bacterium could teach us something new about how actin can be regulated.

Actin-based motility has an astronomical connection since the actin structures on microbial surfaces resemble comet tails or rocket exhaust plumes. This space theme inspired us to name the M. marinum actin effector “Mycobacterial Intracellular Rockets A” (MirA) in a nod to a former space station called Mir. We were able to implicate MirA because of a phenotype that it elicited after expressing it alone in eukaryotic cells. MirA localized to the surface of lipid droplets (Fig. 2), dynamic organelles important to lipid metabolism, energy homeostasis, and numerous other functions6. Remarkably, MirA directed actin assembly on lipid droplets, turning these organelles into “adipose asteroids” that moved by mimicking bacterial actin-based motility. This very unexpected result was a highlight of my postdoc, and also provided a model system to study MirA without exposure to pathogenic bacteria!

M. marinum is an occasional human pathogen, but it’s most famous for being a model to study the significant human pathogen Mycobacterium tuberculosis7. M. tuberculosis infects ~25% of the global population and is responsible for ~1.5 million deaths annually8. MirA is a member of the PE_PGRS protein family, the largest group of proteins secreted to the bacterial surface or into host cells by pathogenic mycobacteria (51 PE_PGRS protein members in M. tuberculosis and 148 in M. marinum lab strains). However, little is known about the contribution of PE_PGRS proteins to infection due to their lack of homology to known proteins, confounding sequence similarity to each other, and their odd enrichment of glycine residues9–11. For example, MirA has a >500 amino acid PGRS domain that is >50% glycine residues, and is predicted by AlphaFold12 to fold into a peculiarly flat structure (similar to other PE_PGRS proteins) (Fig. 3). Because of the myriad ways to study actin assembly dynamics, MirA can be used as a tractable model to examine how the strange PE_PGRS proteins are able to bind host proteins and understand why their sequences and structures are so distinctive. Moreover, MirA may represent a new class of actin regulator and its study may elucidate previously unknown modes of actin regulation. 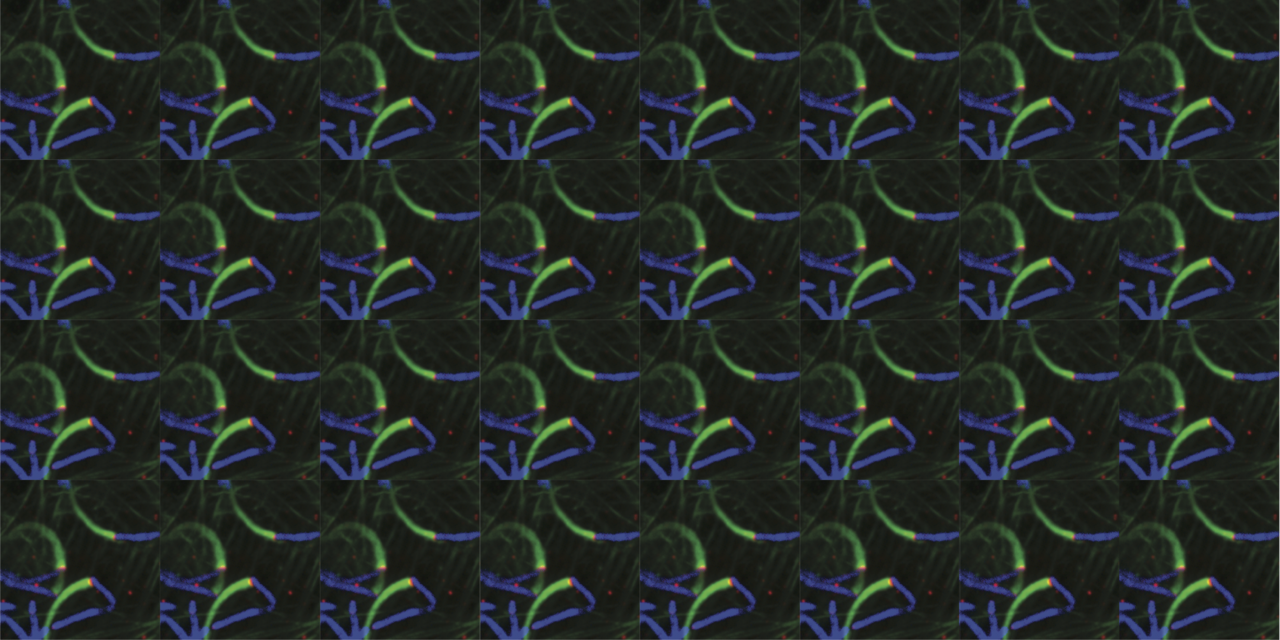 Studying host-pathogen interactions has led to insights into microbial pathogenesis, but also into eukaryotic cell biology. This work details how a bacterial pathogen intercepts and rewires the host actin cytoskeleton for cell-to-cell spread using a strange glycine-rich protein.